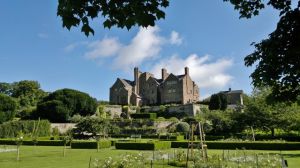 Bodysgallen Hall
A restored 17th century country house surrounded by woodland walks and a variety of garden terraces, including rockeries, a walled rose garden, and a knot garden. Now run as a country house hotel, but garden tours are available.

Over 200 acres of stunning parks and gardens surround Bodysgallen Hall. The earliest part of the garden is a rare 17th century parterre of trimmed box hedges, surrounding colourful herbs. Other features include a walled garden, ponds with lilies, and a natural limestone outcrop. There is a formal rose garden area, and a rockery featuring a cascade. The gardens are spotted with fascinating follies in the style of a traditional landscape garden.

If you are feeling energetic there are longer woodland trails, and you can climb to the top of Pydew Mountain to see an obelisk monument. Among the excellent variety of trees in the gardens is a handkerchief tree (davidia) and a commemorative English oak planted by Colonel Henry Mostyn after World War One.

Mostyn raised the 17th Battalion of the Royal Welsh Fusiliers here, and the new troops paraded in the park north of the Hall, as it was the only piece of level ground they could find. There is a stone pine over 200 years old, an Apple Tree Walk, and an area of ancient woods that has been named a Site of Special Scientific Interest.

Tours of the gardens, led by the head gardener, can be booked by contacting the Bodysgallen Hall hotel.

More self catering near Bodysgallen Hall >> 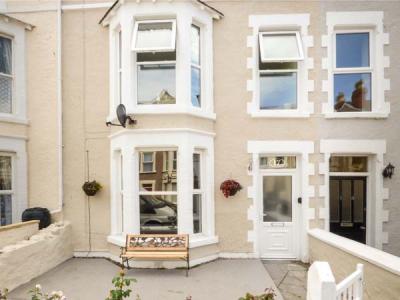 This ground floor apartment is located in Llandudno and can sleep four people in two bedrooms.
Sleeps 4