Ruthin Roman Fort
Archaeologists have discovered evidence of a hilltop auxiliary fort built by the Roman military during the late 1st century, along with a civilian settlement and burial ground.
History
In 1981 an aerial survey of the Ruthin area discovered the outline of a Roman enclosure near Tyn-y-Wern farm, just south west of Ruthin. The farm site was located on a low rise of gravel beside the River Clwyd, about 650 feet from the route of the Roman road between St Asaph and Caer Gai. The layout was a rough trapezoid, with a rough area of 4.5 acres. The size of the fort suggests that it was built to house a cohort of auxiliary infantry (about 500 men).

Still in 1981 an even more exciting discovery was made during construction work for a new hospital; remains of stake holes were found near a pit containing fragments of pottery from the period 70-110 AD. When the new Brynhyfryd Park housing estate was erected in 1988 a large amount of Roman pottery was found, along with post holes, ditches, and a hollow-way track. The pottery spanned a huge time period, from the 1st to the 4th century, though most was from the late 1st and early 2nd century. Four cremation burials were uncovered, and a dozen graves, 6 of which held 2nd-4th century pottery.

The accumulated remains led some archaeologists to proclaim the Brynhyfryd Park site an earth and timber fort from the Flavian period, roughly 70-100 AD. This interpretation was not universally accepted; other archaeologists suggested the post holes were medieval or later, and the ditches and gullies were field boundaries rather than fort defences.

New Finds
The Clwyd-Powys Archaeological Trust (CPAT) investigated a site on Record Street, just north of Ruthin Castle, and found pottery and iron-working waste from the 1st and 2nd centuries. Among these finds were Samian ware from Gaul dated to the period 60-110 AD. CPAT's conclusion was that the finds suggest a Roman auxiliary fort in what is now the very heart of old Ruthin. The most likely site for a Roman fort is where the castle now stands. The finds east of the castle probably show the extent of the vicus, or civilian settlement, surrounding the fort. The burials are probably part of a cemetery for the vicus rather than a military site.

What to See
Unfortunately, the sum total of what to see is nothing. The growth of Ruthin has obliterated all trace of the fort for modern visitors. The only real place to explore is the Norman castle, and imagine what this hilltop site would have been like before the Normans came. 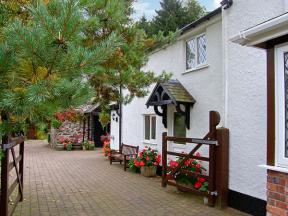 This semi-detached cottage is situated 4 miles from Ruthin and sleeps two people.
Sleeps 2 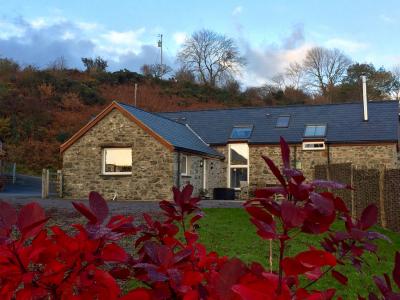 This detached cottage rests near the village of Pwllglas in Denbighshire, sleeping six people in three bedrooms.
Sleeps 6