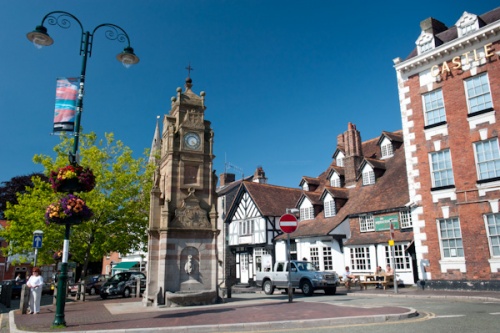 Ruthin is one of the most fascinating and historic towns in the north of Wales, a place where time seems to have, if not stood still, at least lingered lovingly. The old centre of the town is full of historic buildings, many dating to the medieval period.

On one side of the market square is the old courthouse, a recently restored timber-framed building dating to the 14th century which served as the administrative centre for the ancient lordship of Dyffryn Clwyd.

From one of the eaves, a timber projection is all that remains of a scaffold. Across the square is Maen Huail, a huge boulder where, according to legend, Huail, brother of the medieval historian Gildas, was executed by King Arthur himself.

Though the story of Huail may be founded on dubious history, we are on firmer ground when it comes to another of the historic buildings on the market square, the Myddelton Arms. This intriguing 16th-century building stands out because of its unusual Dutch design. The myriad of gabled windows are known as the 'Eyes of Ruthin'.

Nearby is the Castle Hotel, looking very refined now, but there used to be a cockpit behind the Georgian building. Tucked away on one side of the square is the parish church of St Peter. This wonderful medieval church is set behind a set of early 18th century wrought-iron gates, recently restored. Inside, the main historic interest is provided by a wonderful 16th-century roof, said to have come from Basingwerk Abbey and been granted to the church by Henry VIII.

The Oldest House in Ruthin

On Castle Street, a few steps from the market square, is Nantclwyd House (Nantclwyd y Dre), an attractive 15th-century house that is the oldest building in Ruthin. The house, now restored as a museum, has period rooms each illustrating a different time period since the house was erected in 1435. Across the street is a small whitewashed cottage once owned by Sir John Trevor, Speaker of the House of Commons from 1685-95. 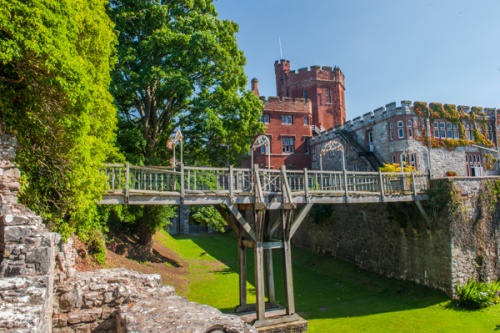 Further down Castle Street is the grand entrance to Ruthin Castle, now a luxurious hotel, but originally built as a fortress on the orders of Edward I. The castle was later owned by Reginald de Grey, whose dispute with Owain Glyndwr over land brought about Glyndwr's popular uprising in 1400 which came close to establishing an independent Wales.

Glyndwr sacked Ruthin and took the castle, but could not hold it against English reprisals. Over two centuries later the castle was destroyed by Parliament after an 11-week siege in the Civil War. Now you can wander the evocative ruins during daylight hours.

On Clwyd Street, near the river, is Ruthin Gaol, built in 1775 by Joseph Turner of Chester as a model gaol for Denbighshire. The Gaol was closed in 1916 but has since been restored and is now operated by the county council as a museum, where you can trace the sometimes dark history of the building and its inmates and peer into the sometimes harsh world of the Victorian prison system.

Our verdict: Ruthin is a delightful town, full of historic interest and well worth a visit. 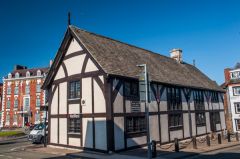 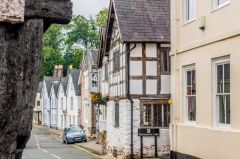 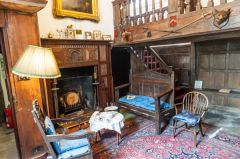 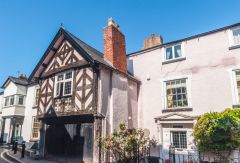 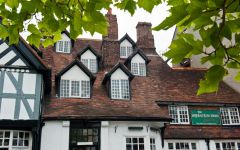 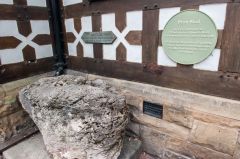 About Ruthin
Address: Ruthin, Denbighshire, Wales
Attraction Type: Town
Location: Via the A525 south of Denbigh or the A494 between Mold and Corwen
Website: Ruthin
Location map
OS: SJ121584
Photo Credit: David Ross and Britain Express

More self catering near Ruthin >>

More bed and breakfasts near Ruthin >> 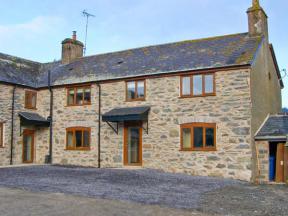 This semi-detached cottage is situated on a working farm, seven miles from Ruthin and sleeps 12 people in 5 bedrooms.
Sleeps 17 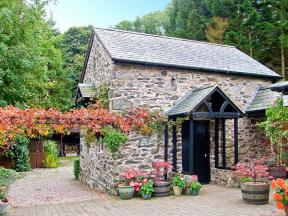