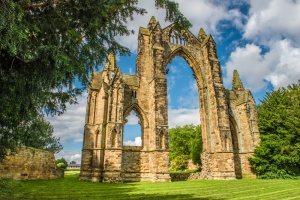 Cleveland - no, not the large American city - is an area in north east England, comprising parts of the ceremonial counties of Yorkshire and Durham. Sometimes the name is used interchangeably with Teesside. The name 'Cleveland' means 'cliff land', a reference to the high hills and cliffs in the south of the area.

Technically speaking, Cleveland as a distinct administrative area existed only briefly; created in 1974 and abolished in 1996 in ongoing government attempts to organise and reorganise itself. When Cleveland as an administrative district was abolished, it was split up amongst four major new districts, the urban areas of Hartlepool, Stockton-on-Tees, Middlesbrough, and Redcar and Cleveland, taking in the rest of the area. For the purposes of this guide, we'll be lumping all these areas together.

From a historical perspective, the major interest that Cleveland offers is industrial heritage. The area along the Tees estuary has been heavily industrialised since the middle of the 19th century when the iron industry turned Middlesbrough from a small village into a burgeoning town within a few years.

The transformation occurred when ironstone began to be mined in the Cleveland Hills, on the southern fringes of the region. The ironstone fed large numbers of blast furnaces along the Tees, and Teesport turned from fishing port to heavy shipping and became one of the busiest ports in Britain. You can learn more about the ironstone industry at the Cleveland Ironstone Mining Museum in Skinnngrove, housed in the former Loftus Mine, the first ironstone mine in the region. 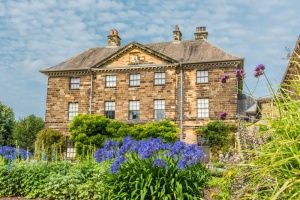 There are few medieval buildings in the region, as most of Cleveland's historic architecture was swept away during the transformation of the Industrial Revolution. One interesting building that has survived is Kirkleatham Free School, built in 1709 and now operating as the Kirkleatham Old Hall Museum. On the outskirts of Middlesbrough is Ormesby Hall, an Elizabethan manor house with a Palladian exterior.

Though much of Cleveland suffers from heavy industrialisation and the subsequent depression in the iron industry, there are wonderful countryside areas to enjoy. In the south are the Cleveland Hills, which give their name to the region. The most prominent hill is Roseberry Topping, with a profile that is reminiscent of the Matterhorn in Switzerland.

Some of that profile is due to heavy iron mining beneath the peak, but Roseberry Topping is an appealing destination for walkers keen to enjoy the countryside, and paths connect with the North York Moors National Park to the south. The long-distance Cleveland Way Trail offers a circular route around the southern part of the region. 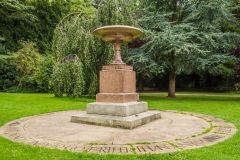 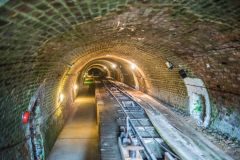 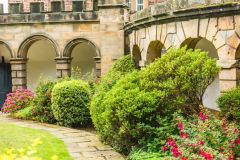 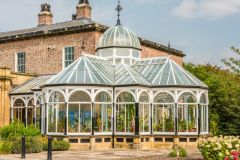 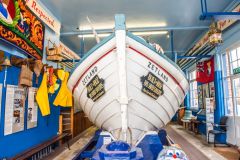