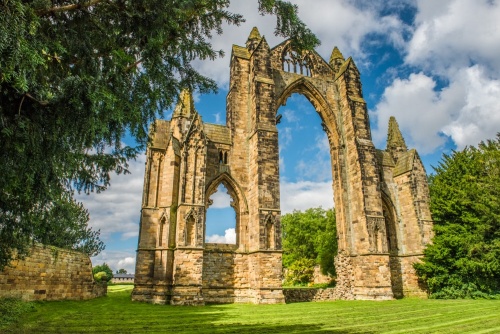 Shortly after the Norman Conquest of 1066, William the Conqueror granted huge estates in what is now Redcar and Cleveland to one of his supporters, a Norman noble named Robert de Brus. In 1119 Robert's son, also named Robert, established an Augustinian priory in Guisborough, giving the canons the entire Guisborough estate, including the income from 10,000 acres of land, mills, and ten churches.

In exchange, the canons of Guisborough were expected to say prayers in perpetuity or the souls of de Brus and his family, and the priory was to serve as a burial place for the de Brus family and their descendants.

A Question of Names
Let's clear up a common source of confusion. The town is called Guisborough (with a 'u') while the medieval priory was called Gisborough Priory (without a 'u'). Spelling was a bit more ... fluid in the Middle Ages!

Robert de Brus did more than simply provide and money for the new priory; he named his brother William as its first prior. William's successor was Prior Cuthbert (1145-1154). 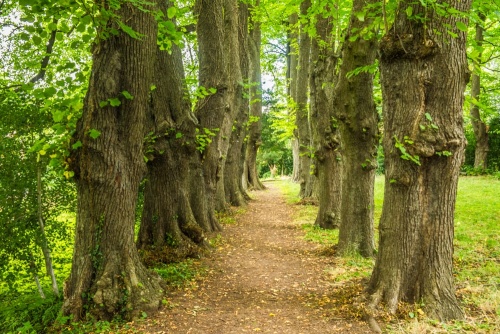 In the short decades between the priory foundation and Cuthbert's appointment, the priory had become important enough that Cuthbert was named as one of the delegation that travelled to Rome to oppose the appointment of William Fitzherbert as the new Archbishop of York. Fitzherbert was deposed by Pope Eugene III in 1147 but restored by Pope Anastasius IV in 1153 only to die the next year by drinking from a poisoned chalice.

The Priory established a school to teach poor boys, training them to sing as choristers. In 1263 Henry III gave the Priory the right to hold a weekly market and an annual fair and these events helped fill the Priory's coffers. 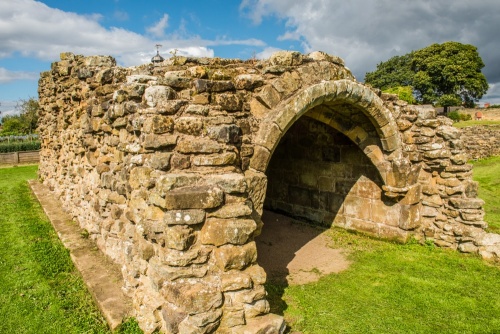 The Yorkshire branch of the De Brus family died out in 1272 when Peter de Brus IV died without an heir. The Scottish branch of the family continued and counted among its members Robert Bruce, who led the Scottish fight for independence from England.

A visitation in 1280 described a lax lifestyle, with canons reprimanded for their behaviour during services, for pretending to be ill, for quarrelling, and going out drinking at night. 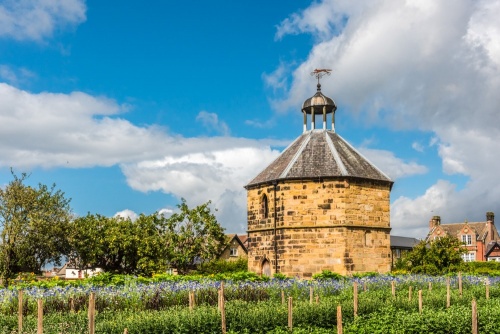 Gisborough Priory was badly damaged by fire in 1289, and the Romanesque church was destroyed. A monk named Walter recorded the events and put the blame squarely on the shoulders of a plumber and his two assistants.

According to Walter's account, the three men were repairing the lead roof. The plumber put his iron pans, filled with hot charcoal, on the dry roof timbers while he and his men went down into the body of the church. The hot charcoal ignited and set the timbers alight. The timbers, in turn, melted the lead roof, causing it to pour down into the church. The fire spread quickly, destroying the church and its contents, including furniture, books, vestments, relics, and nine chalices.

Rather than repair the church, the canons took the opportunity to rebuild the entire structure in Gothic style. As a result, most of the visible remains date to the late 13th century and are in Early English and Decorated Gothic style. 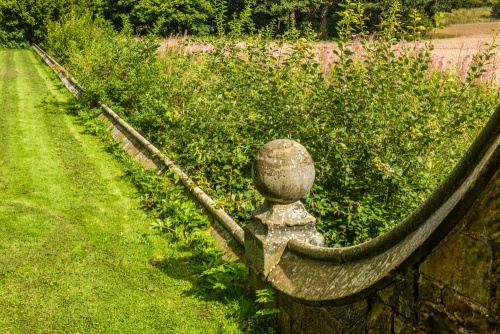 After the Yorkshire line of the De Brus family died out other prominent Yorkshire families stepped in as priory patrons, notably the Thwing (or Thweng) and Fauconberg families. Many of these patrons were buried in the priory church. Robert de Brus V, the grandfather of King Robert Bruce of Scotland, is thought to have been buried in the Priory.

The Priory suffered during the 14th century when Scottish raids forced canons from other monasteries to flee for safety and find refuge at Gisborough.

The Priory is Dissolved

By the Tudor period, Gisborough Priory was one of the wealthiest monasteries in northern England. That did not save it from Henry VIII's sweeping religious reforms. In 1536 Henry's commissioners had Prior James Cockerell removed from his post and replaced with Robert Pursglove. Later that year Cockerell backed the Pilgrimage of Grace, a protest against Henry's religious reforms. He was executed for treason the following year.

Henry's religious reforms gathered pace, and Gisborough Priory surrendered to Henry's commissioners on Christmas Eve 1539, making it one of the last monasteries in England to close its doors. The monastery was leased to one of the commissioners, Thomas Legh, who began immediately to tear down the monastic buildings. The stone was re-used for local construction projects. 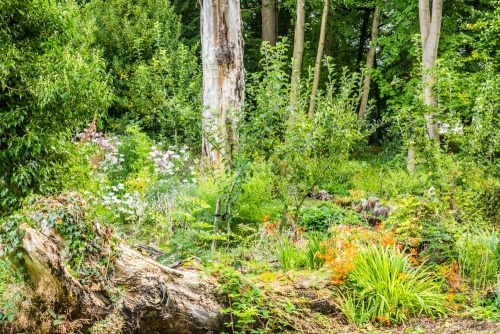 When Thomas Legh died in 1545 his widow married Thomas Chaloner. In 1550 Chaloner bought the site for Â£998. Chaloner had property across England and spent very little time at Guisborough. it was only in the 17th century that his descendants established the family seat at Gisborough Hall.

The most striking feature is the east front of the priory church, which was left standing to its full height of 71 feet (21.6m). The Chaloners kept the east front intact as a landscape feature; an eye-catching romantic folly seen from their mansion.

Over a century the Chaloners developed the former priory site, adding an Italianate garden and lily pond, herbaceous borders, a rose garden, and a woodland walk. These features now form Priory Gardens, which incorporate the monastic ruins. Just outside the garden is a restored circular dovecote dating to the 14th century. The dovecote is topped with an 18th-century slate roof.

Priory Gardens feature a terrace walk, one of the oldest features. This leads to the Monks Walk, an 18th-century double avenue of lime trees laid out as a diamond shape. At the end of Monks' Walk is an arrangement of carved stones found during excavations in 1867.

Aside from the impressive east window, the best-surviving medieval feature is a vaulted service passage on the south side of the cloister.

The neighbouring parish church of St Nicholas, just outside the Priory gates, has medieval stained glass from the Priory church. It also holds the De Brus Cenotaph, a superbly carved Renaissance altar table commemorating the De Brus family. The Cenotaph originally stood in the Priory church and may have been given by Mary Tudor, Queen of Scotland. 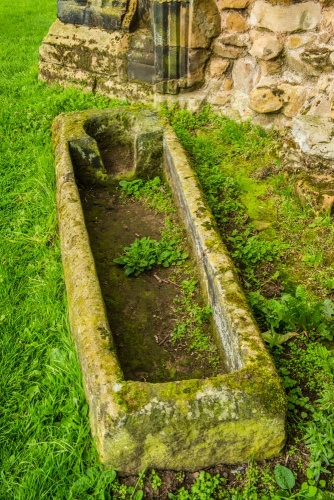 The priory grounds are at the upper end of Church Street, immediately beside the parish church of St Nicholas. there is a small paid parking area beside the church, accessed off Church Street.

More self catering near Gisborough Priory