HERITAGE HIGHLIGHTS:   Based in the former Loftus Mine 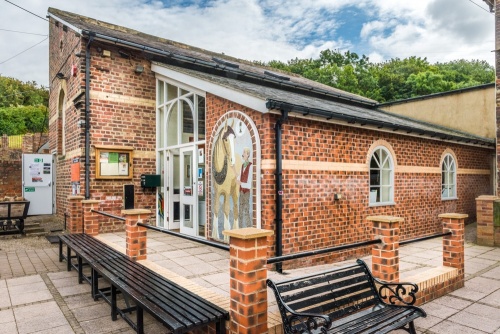 During the Victorian period, the Cleveland ironstone mining region was the most important source of iron in Britain and helped fuel Britain's remarkable industrial growth. Now you can experience for yourself the life of an ironstone miner at the Cleveland Ironstone Mining Museum, based in the former Loftus Mine in Skinningrove.

A museum visit includes a guided tour underground, exploring the North Drift of the original Victorian mine. Here you can see how the ironstone ore was drilled and how explosives were used to free the ore from the surrounding rock. The North Drift was used as a refuge during WWI when Zeppelin airships bombed the neighbouring steelworks. 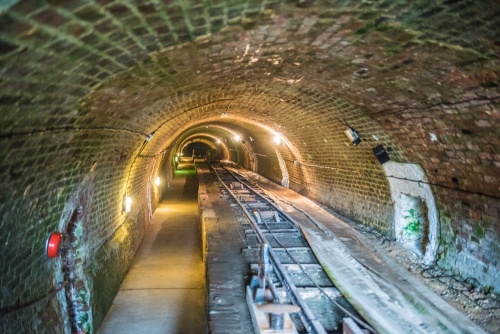 Above ground the former mine buildings house exhibits on the mining industry in Cleveland, covering the industrial and social history of Cleveland. See mining tools and equipment, and see the huge Sirocco Fan that helped keep the mine ventilated. One of the tour highlights is the Tally Cabin, where miners signed in for their shifts.

Learn about the lives of the 'trappy lads', boys as young as 12 years old who came to help their fathers in the mine.

On 7 August 1848, Loftus Mine became the first ironstone mine to open in Cleveland. It was followed by another 82 mines in the region. Iron ore from Cleveland was transported to every corner of the globe and was especially used to build major railways and bridges (perhaps the most famous being the Sydney Harbour Bridge in Australia).

The story of how that first mine opened is remarkable and begins with a chance meeting of two men on the beach at Saltburn. 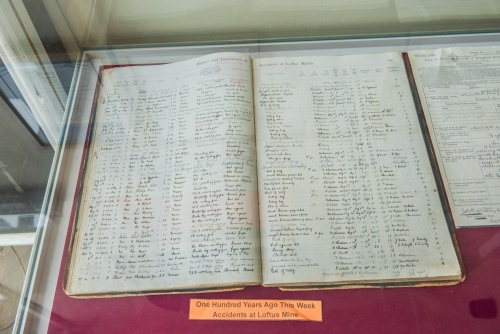 The accident register for 100 years ago

Samuel Frederick Okey was an industrialist from Newcastle. One day in September 1847 he was looking for ironstone nodules on the beach at Saltburn when a local landowner named Anthony Lex Maynard asked him what he was doing.

When he discovered that Okey was looking for ironstone, Maynard told him that he had seen what looked like the same sort of nodules on his lands at Skinningrove. Okey asked if he could look, and Maynard agreed. Okey almost immediately cut a chunk of ironstone from a rock face near Skinningrove beck. The first mine opened within a year of that accidental meting.

Within a few years the region was inundated with miners, and the population boomed. Miners flocked to Cleveland from as far away as Cornwall and Scotland, and Cleveland became the most important ironstone mining region in Britain, with over one-third of the nation's production.

Loftus Mine employed as many as 500 men and boys at the height of its prosperity. it was the third-largest mine in Cleveland. 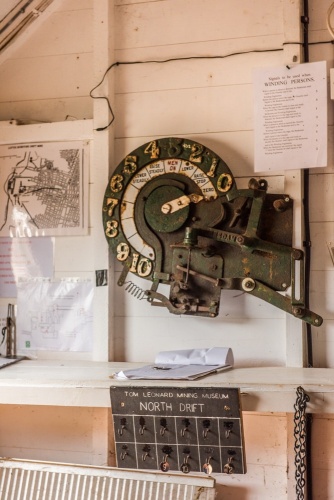 Inside the Tally Cabin

ironstone is an iron-bearing mineral, usually found in seams, or thick layers of sedimentary material. Ironstone averages about 30% iron content. The value of an ironstone seam depends on the percentage of iron, the seam thickness, whether shale is present, and whether unwelcome elements such as sulphur exist in the seam.

The Cleveland Orefield covered over 386 square miles (1000 square kilometres), enough to support 80 mines that between them produced seven million tons of ironstone annually. The largest seam is 5m thick near Easton, but at Loftus Mine it is less than 3m thick. A bed of shale splits the main seam into two parts. At Loftus, the iron content was 28% and the first few centimetres had high levels of sulphur, making them unusable.

Be aware that it can get very cool underground, so wear warm clothing! 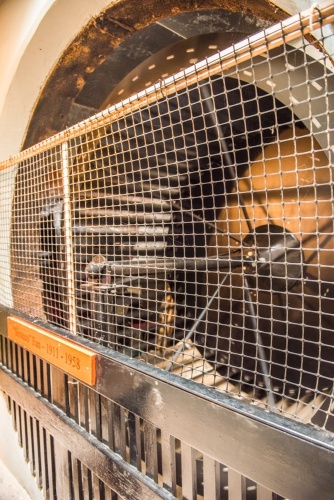 Our family was on holiday in the area, but we didn't know about the museum. We were simply driving by when we saw the sign and thought, 'why not?' I was glad we stopped; the tour is simply outstanding, and our guide was excellent. You really get an appreciation for the hardships of ironstone mining and the challenges faced by the miners.

The Cleveland Ironstone Mining Museum is in Skinningrove, off the A174 between Loftus and Carlin Howe. There is a large free parking area beside the museum. There is also a very good system of footpaths taking in other industrial heritages nearby. 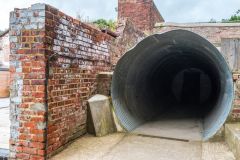 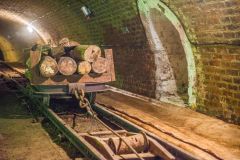 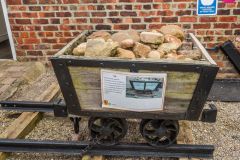 The Endeavour Restaurant With Rooms - 4.4 miles
Staithes, Yorkshire
From: £65.00