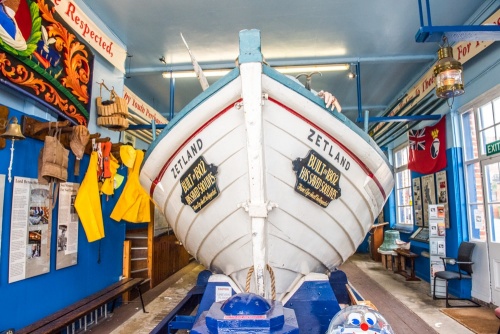 The coastline around Recar has always been a treacherous place. So many ships were lost on the rocks here over the years that in 1800 the local fishermen decided that they needed to take matters into their own hands.

They put out a call for a public subscription to buy a lifeboat. Contributions of £200 from the people of Redcar enabled them to buy the No. 11 from South Shields boatbuilder Henry Greathead. No. 11 was rechristened Zetland in honour of the lord of the manor of Redcar.

Greathead was the first man to design a boat for the express purpose of saving lives at sea. The story of the Zetland, however, goes back to 1789 when a ship named the Adventure was wrecked in the River Tyne. Thousands of people on the shore watched in horror while the Adventure's crew drowned within sight of safety. 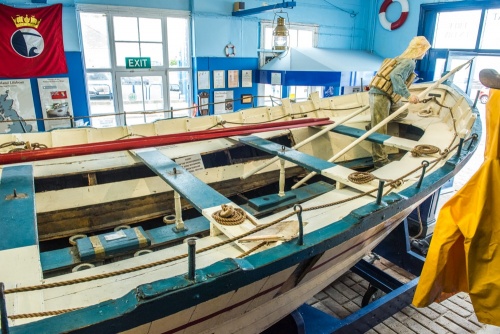 Looking into the Zetland

In response to the tragedy, a group of Newcastle businessmen offered a prize of two guineas for a lifeboat design. Henry Greathead stepped forward with the Original, the first true lifeboat. The Original was based in North Shields and served on the River Tyne for many years, saving hundreds of lives in the process.

Greathead designed the No. 11 in 1802 as an improved version of the Original. It was this improved design that was purchased by the people of Redcar.

The Zetland was manned by the fishermen themselves and remained in service for 78 years. Over those seven decades, the crew of the Zetland saved over 500 lives. 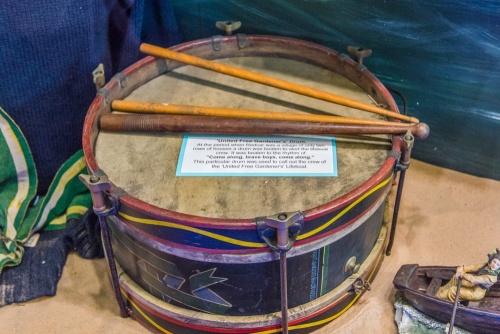 The Zetland first saw action on 6 December 1802 when the brigs Friendship and Mary were blown ashore on the North Gare. Fifteen crew members were saved by the lifeboat crew that day.

At that time Redcar was no more than a small hamlet. That made it relatively easy to call members of the lifeboat crew, who were summoned by beating on a drum, to the rhythm of 'Come along, brave boys, come along'. The Zetland's call-out drum is one of the museum's most popular exhibits.

In 1864 the Zetland was damaged while attempting a rescue at sea. The RNLI decided that it was too old to be useful and wanted to break it up and replace it. An angry mob stopped the destruction from taking place and the lifeboat was given to the townsfolk of Redcar instead.

The Zetland's last heroic venture was to save seven crewmen from the stranded brig Luna in 1884. 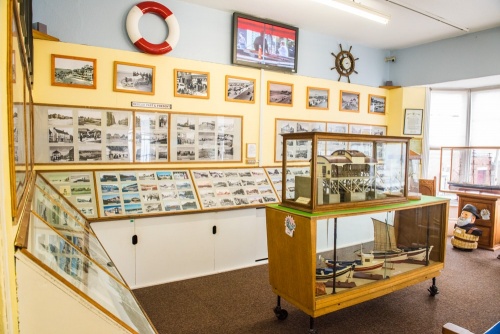 Now the Zetland forms the centrepiece of a fascinating local heritage museum on the seafront in Redcar. The vessel is in immaculate condition, a remarkable testament to the design and how lovingly the people of Redcar have maintained it.

The museum occupies the bottom two storeys of a historic boathouse built in 1877 to house the lifeboat Emma and offer accommodation to the Emma's coxswain and his family. The upper storey of the boathouse still acts as a lookout tower for boats offshore.

Just how important is the Zetland in maritime history?

National Historic Ships UK is a register of historic ships. The register has a sub-group called 'The National Historic Fleet', made up of roughly 200 vessels considered to be the most historically important and of 'pre-eminent national or regional significance'. The Zetland is one of those 200 vessels, which include such famous ships as the Mary Rose, the HMS Victory, and the Cutty Sark. Only six of those vessels are older than the Zetland. 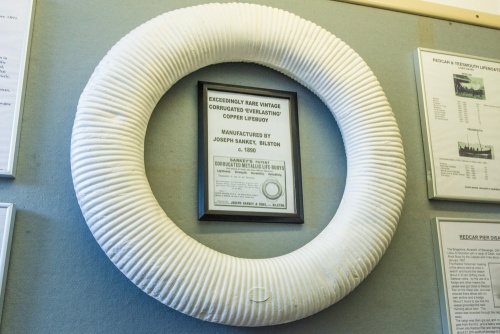 The ground floor of the museum houses the Zetland, and you can put on a captain's cap and be photographed beside the historic vessel. Also on the ground floor is the Zetland's call-out drum, which was beaten summon lifeboat crew in an emergency.

Exhibits tell the story of lifeboats through the centuries, and how they changed over time. 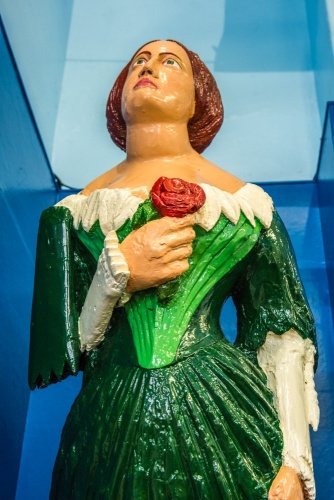 One exhibit looks at the story of Samuel Plimsoll, an MP for Derby who holidayed for many years in Redcar. It was while walking along the seafront on Redcar and seeing the many wrecked ships along the coast that Plimsoll was inspired to invent the Plimsoll Line, a system of marks on a ship's side showing if the ship was overloaded. A blue plaque marks Plimsoll's house in High Street.

Look for the weathered wooden rudder of the brig Jane Erskine, wrecked in 1854 on Lye Dam Scar. The brig was the focus of one of the Zetland's most famous rescues.

On the first floor is the Laurie Picknett Gallery, where you will find a large collection of postcards, old photos, and maritime memorabilia that helps tell the story of Redcar and its rich heritage. Here you can see a recreation of a fisherman's cottage.

On the wall is a very rare corrugated 'Everlasting' copper lifebuoy, made in 1890. A much more recent exhibit is the teeth and lower jaw bone of a young sperm whale that was stranded on the beach at Redcar in 2011. Another oddity is a glass and bell buoy made sometime before 1893.

The Zetland Lifeboat Museum and Redcar Heritage Centre is crammed full of memorabilia, connected both to the Zetland and to the rich heritage of the Redcar area. Our family enjoyed our visit immensely.

The Museum is on Redcar's historic Esplanade, just of the A1085 Coast Road. We found it easy to find parking along the street. 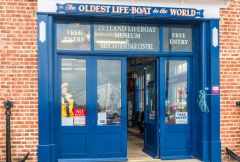 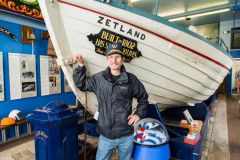 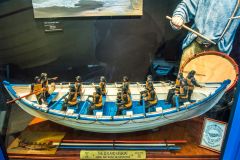