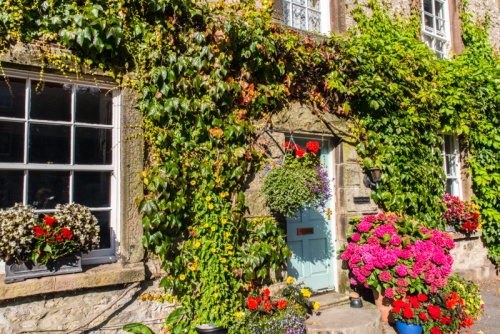 Winster is an attractive and historic village in the Peak District National Park, about 5 miles west of Matlock. Once a centre of the lead-mining industry, Winster boasts a large number of historic buildings made of local reddish limestone, with 69 listed buildings in the parish. The entire village centre has been declared a conservation area in an effort to maintain its architectural heritage.

The Romans recognised the importance of the local lead deposits and began mining as early as the 1st century AD. The mining industry did not really take off until the 18th century when a mining boom made Winster one of the busiest and fastest-growing towns in Derbyshire. The population grew to over 2,000 residents (compare that to the latest census figure of around 650 people).

Those 2,000 people were served by 24 inns, which seems like an extraordinarily high number until you consider that it was commonly believed that drinking a large amount of ale was a good way to counteract lead poisoning from mining. 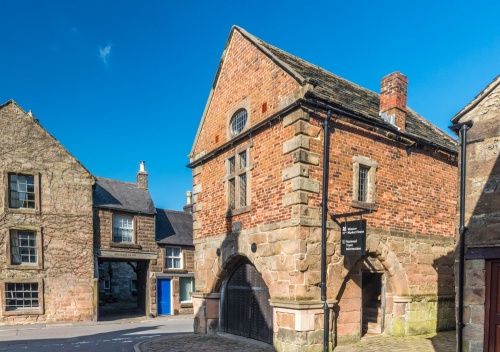 The mining boom was short-lived as serious flooding forced many of the mines to close. The last mine shut down in 1938, but Winster had shrunk to a sleepy village long before then.

Winster was mentioned in the Domesday Book of 1086. The village grew up around a crossing of several important trade roads, including The Portway, an ancient trackway. During the medieval period, the village lay on a major route taken by traders bringing salt from Cheshire to London.

The most intriguing historic building is the Winster Market House, a traditional 17th-century market hall preserved by the National Trust since 1906. The Market House was the first property acquired by the Trust in the Peak District National Park. The Trust suggests that the Market House may date to the 16th century but that seems unlikely since Winster was not granted the right to hold a market until the following century.

The upper floor of the Market House holds an exhibition on the history of the village and its mining heritage, as well as a scale model of the village. Here you can also learn about the Winster Morris Dancers and the annual Shrove Tuesday Pancake Race. 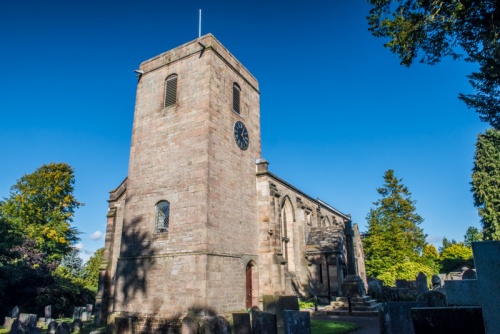 The Morris Dancers perform for the popular Winster Wakes, a week-long celebration that starts on the first Sunday on or after 24 June, the feast day of St John the Baptist - the saint to whom the local parish church is dedicated. The Winster Wakes features a parade and traditional entertainment and street stalls. Like many Peak District villages, Winster has a tradition of well dressing.

Across from the Market House is Old Hall (sometimes known as Winster Hall). The Hall was once the home of the historian and archaeologist Liewellyn Jewitt. It is also said to be haunted. It has a very striking exterior, with Tuscan columns flanking the entrance.

The oldest part of the parish church of St John the Baptist is the west tower, built in 1721. The remainder of the church is 19th century, the result of rebuilding in 1840 and 1883. There is an unusual font in Norman style, and a stained glass window designed by Edward Burne-Jones and made by the William Morris Company, installed in 1883. Though Winster can be proud of its church, it would rather forget a former rector named Rev. Britten who sold the village hall piano to make a bit of pocket money.

The village is served by two pubs, the Old Bowling Green and the Miners' Standard. The Old Bowling Green dates back to 1472, though most of the present building is 18th century. Curiously, the inn walls are exactly 3 feet three inches thick (exactly 1 metre). Is this the first metric pub in Britain? The Miners' Standard is a cosy 17th-century inn on the edge of the village, with views across the valley.

This is a good area for walkers; the Limestone Way long distance footpath passes close to the village.

More self catering near Winster

More bed and breakfasts near Winster

Self Catering near Winster