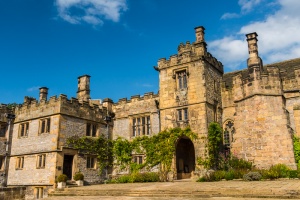 This delightful house was begun by Peveril, the illegitimate son of William the Conqueror (see Peveril Castle). Of that early fortress, almost nothing remains beyond some parts of the Eagle Tower and the Chapel. Peveril and his descendants held Haddon for a century before the property passed to the Vernon family, and later to the Manners, Dukes of Rutland.

The house is constructed on a wooded crag above the River Wye. The entrance is through a gatehouse of weathered grey stone defended by an imposing tower. Once past the gatehouse, the visitor sees a cobbled courtyard flanked by ranges presenting a jumble of Tudor and medieval styles with Jacobean embellishments.

At one corner of the outer court stands the Chapel, a survivor of that first fortress at Haddon. It has been added to over the centuries, with a north aisle from the 14th century and a 15th-century chancel. The wall paintings are especially worthy of note; they were made in the 14th century, then covered over with whitewash during the English Reformation. Restoration work in the 20th century has brought them back to light, though the original bright colours are lost. Look for the three skeleton images, grinning bizarrely.

The Great Hall is a superb 14th-century structure, replete with richly panelled walls and a timber-framed roof (a 20th-century replacement of the original, created with timbers from the Haddon and Belvoir estates). A minstrels gallery was added in the 16th century. Of note is the 15th-century refectory table, as well as a manacle and lock. The story goes that any guest who didn't drink heavily enough was shackled with the manacles and the remainder of his drink poured down his sleeve! 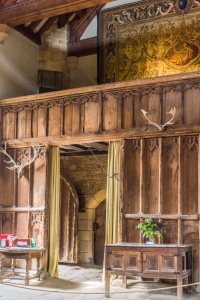 The finest room on view to visitors is the Long Gallery, furnished in fine Jacobean style but for the painting of Haddon by Rex Whistler. Windows from the 110 foot long gallery look out over the gardens, composed of terraced flower beds.

The rose gardens at Haddon are especially notable, and have been the recipients of several awards. They are at their best during the summer months, when over 150 varieties of roses and clematis provide vivid colours.

The garden saw its moment of high drama in the 1560s, when Dorothy Vernon, heiress to the family fortune, ran away to join her lover, John Manners. The story goes that Dorothy slipped away from a ball celebrating the engagement of her sister, and, still dressed in her ball gown, ran through the gardens, across the stone steps to a packhorse bridge across the river where John waited. The bridge and steps can still be seen.

After the marriage of Dorothy to John Manners the house came into the Manners family, in whose possession it has remained. The house has retained a Jacobean air, after the Manners moved to Belvoir Castle in the 18th century and left Haddon unaltered.

Haddon has served as a location for several motion pictures, including Jane Eyre, The Prince and the Pauper, and Elizabeth. It is without question one of the great country houses of England. 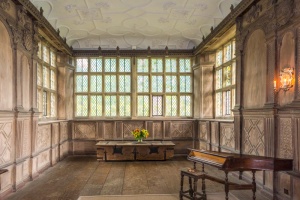 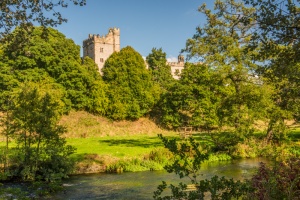 Haddon Hall and the River Wye 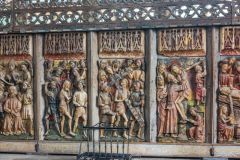 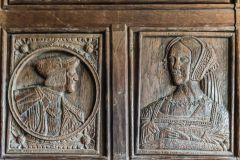 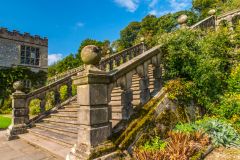 More self catering near Haddon Hall