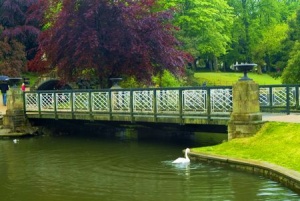 Buxton is centrally located for exploring the Peak District National Park, though it is not actually within the park boundaries. The town is most well known for its spa waters, which were known to the Romans and the Elizabethans.

Mary, Queen of Scots took the waters here while she was a prisoner at nearby Chatsworth, but it was left to the 5th Duke of Devonshire to finally develop St. Ann's mineral springs in the 1780s. It was the Duke who built the stables, Assembly Rooms, and Crescent, and made Buxton a popular gathering place for high society.

The Crescent, in particular, was a self-conscious attempt to imitate the success of other spa towns, notably Bath. It is modelled after The Crescent in Bath, and when built it contained a ballroom, assembly room, shops, and a townhouse for the Duke.

Behind the Crescent were the circular stables, covered by a huge dome which was once the largest unsupported dome in the world. It is now the property of the University of Derby.

The Thermal Baths (1851-53) now house the local tourist information centre. Nearby is the Old Hall Hotel, which was the townhouse of Bess of Hardwick when she and her husband, the Earl of Shrewsbury, visited Buxton.

Buxton remained a relative backwater throughout the next 70 years, however, until the coming of the railway in 1863 ushered in a period of prosperity. Easy transportation made Buxton an extremely popular destination in the late Victorian period; townhouses sprang up, and the fashionable Opera House (1903) was erected to serve as a cultural centre for the throngs of visitors. 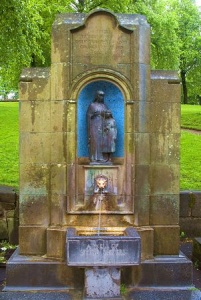 St Anne's Well
In the 20th century, the spa fervour died, and Buxton lapsed again into relative obscurity. In the late 20th century the town has undergone yet another transformation, however; the Opera House has been refurbished and reopened, and the town now hosts an annual music festival which runs from mid-July. The Buxton Festival offers performances in chamber music, opera, drama, and literature.

The Buxton Museum is a former Museum of the Year award-winner. The upstairs Peak District exhibition showcases the history and geography of the national park, while the gallery hosts works of art by local artists. There are also displays of local geology and historical artefacts. The Peak District exhibition charges a small entry fee, but the rest of the museum is free.

At roughly 1000 feet in elevation, Buxton is subject to hard winter weather, but for all that, it is an enjoyable spot to visit, and an excellent centre for touring the Peaks.

Nearby: Poole's Cavern
The Poole in question was a 15th-century thief, who was reputed to use the caves here as his hideout. The caves have been in use since the Neolithic period, and artefacts have been found from the Stone Age, Bronze Age, and Roman period.

The caverns boast exceptional formations, including colourful blue and orange stalactites created by minerals leaching from the limestone roof of the caves. 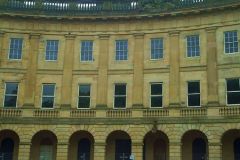 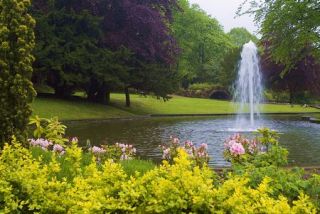 More self catering near Buxton

More bed and breakfasts near Buxton

Self Catering near Buxton