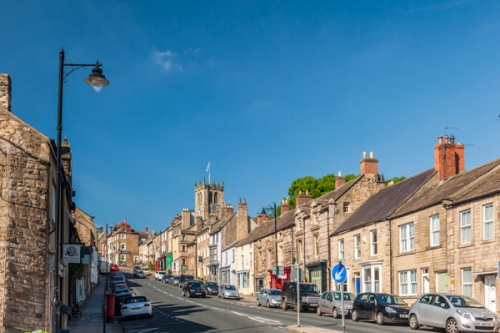 Barnard Castle is a picturesque market town in Upper Teesdale, in the south-west corner of County Durham. Known locally as 'Barney', Barnard Castle takes its name from the historic Norman fortress that stands on a cliff overlooking the River Tees.

The town grew up around the castle and boasts a pleasant mix of Georgian and Victorian buildings around an octagonal market cross. The town stands at the meeting point of four main routes through Teesdale. The oldest is Galgate, which follows the route of a Roman road and takes in the main street of Horse Market.

The Market Place is paved with picturesque cobblestones. It is home to a regular weekly market. 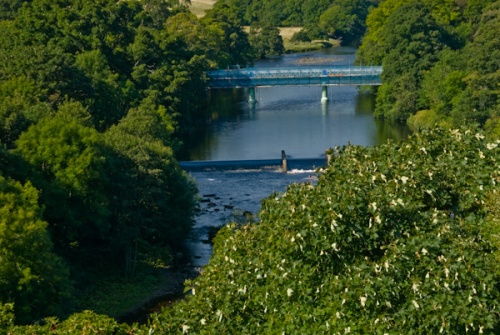 The River Tees from the castle

The octagonal Market Cross was built in 1747 by Thomas Breaks to serve as a market place for the town's dairy farmers. For that reason, it is sometimes called the Butter Mart. Breaks' gift to the town replaced an earlier tolbooth that stood at the far end of the market place.

The tiled verandah roof is supported on columns, four to a side, creating an open space sheltered from the weather. The central structure is built on large piers that create an enclosure for the town lock-up. Stairs lead up to a first-floor hall where town records were stored and administration took place.

It later saw use as a town hall, courtroom, gaol, and fire station. Over the entrance is a plaque reading:

THIS BUILDING WAS
ERECTED 1747 AT
THE EXPENSE OF
THOMAS BREAKS, ESQ
NATIVE OF THIS PLACE 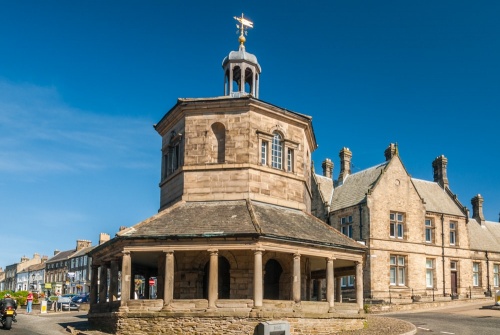 The Market Cross was built at the junction of three roads, which made sense at the time but unfortunately makes it an impediment to modern road traffic. The cross now occupies the centre of a very busy roundabout.

An 18th-century lord of the manor gave a fire-engine to the town. The engine was stored in the Butter Mart. Its most famous use was not to put out a fire but to spray water on the religious reformer John Wesley when he tried to preach here.

The gilded weather vane atop the Butter Mart shows two bullet holes. These were the result of a Napoleonic War wager between two men over who was the better shot. The men -- a gamekeeper from Streatham Castle and a volunteer soldier from Barnard Castle -- stood outside the Turk's Head Inn and each fired a shot at the weather vane. Both men hit the target, so it's safe to say they were well matched! 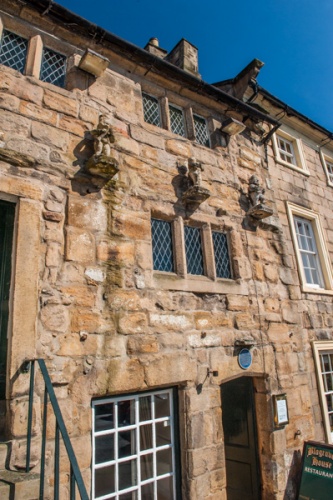 A stone's throw from the Butter Mart is Blagrave House, the oldest dwelling in Barnard Castle. The house dates to the 15th century and was given by Richard III to Joan Forest, the wife of Miles Forest, who served the king as the Keeper of the King's Wardrobe. Tradition says that the gift was in thanks for Forest's role in murdering the king's nephews, the Princes in the Tower.

The house was an inn known as the Boars Head during Elizabeth I's reign. The cellars were used as a brewery, though another tradition says that they were also used as a dungeon and that a secret underground passage leads from the cellars to the castle.

In 1648 Oliver Cromwell stayed here overnight while travelling to Richmond. He dined and held a meeting of his council, and welcomed a deputation of leading citizens who presented him with burnt wine and oatcakes.

Cromwell was apparently pleased with his reception but was not so pleased when he saw the plasterwork ceiling on the second floor, with its royal symbols. Her ordered the ceiling covered before he was willing to spend the night there.

As of this writing, Blagrave House is a restaurant. 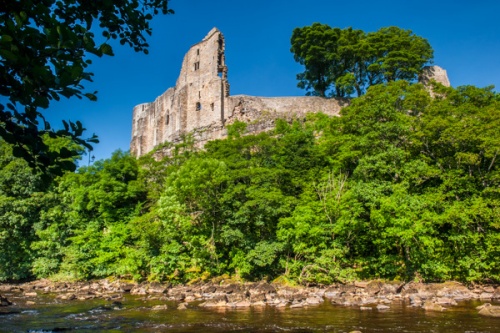 The fortress that gives its name to Barnard Castle was begun about 1095 by Guy de Baliol, who was granted estates in Teesdale by William II. The Balliol family held the castle for two centuries and over time turned it into one of the most impressive strongholds in northern England.

It later passed to the Earls of Warwick and the powerful Neville family. the Prince Bishops of Durham tried, without success, to claim it for their own. In 1569 the castle was besieged for 11 days by rebels during the Rising of the North. Though the castle was eventually forced to surrender, they held out long enough that the rebellion foundered and collapsed.

The most impressive feature is the Round Tower in the Inner Ward, where the lord's sleeping quarters were located. Nearby is the Great Hall, and above it the great Chamber, the lord's private chamber. 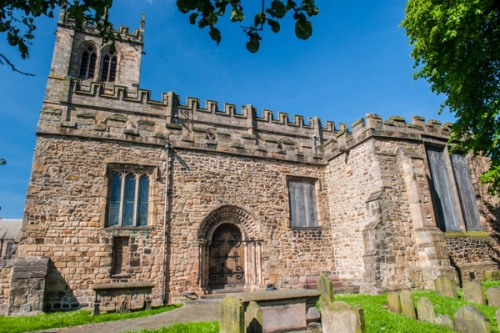 This beautiful 12th-century church stands opposite the town's iconic market cross. It began as a chapel for the nearby castle and later became the parish church for the settlement that grew up around the fortress.

Historical highlights include two 14th-century effigies and another 14th-century sculpture of St Anthony the Egyptian Eremite. The late medieval marble font is one of the best in County Durham. Under the tower is the memorial of Captain Augustus Webb, who died from wounds received during the Charge of the Light Brigade during the Crimean War.

In the churchyard is an exceptional altar tomb to George Hopper of Black Headley, Northumberland, with bas relief figures of Death on one side and the deceased on the other. 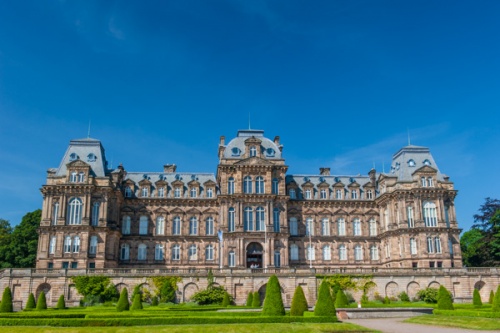 Just east of the town is the Bowes Museum, housed in a stunning Victorian mansion. The Bowes Museum has one of the finest collections of fine art in Europe, gathered by John and Josephine Bowes from 1862-1874.

The collection includes paintings by Goya, El Greco, and Canaletto, marquetry by Charles Boules, porcelain by Sevres, and clothing that once belonged to the Empress Josephine of France. The most famous single exhibit is the Silver Swan, an 18th-century automaton.

A few miles to the south-east is Egglestone Abbey, founded for the Premonstratensian order of canons in 1195. It was a poor abbey, often unable to pay its taxes. The best surviving feature is the abbey church, which boasts the table tomb of Sir Rafe Bowes.

A few miles further east is Rokeby Park, a Palladian mansion built in 1735 by Sir Thomas Robinson in the style of an Italian villa.

Barnard Castle is on the A67 between Darlington and Bowes. There are pay and display car parks on Galgate (DL12 8EJ) and Queen Street (DL12 8GB).

More self catering near Barnard Castle