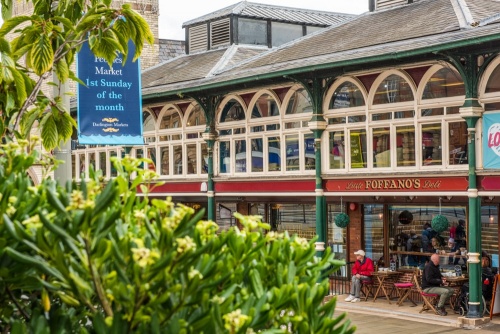 Darlington is a large market town in the Tees Valley, on the border between County Durham and Yorkshire. Darlington came to prominence as the location of the first commercial passenger railroad, in 1825. The Head of Steam Darlington Railway Museum displays 'Locomotion No. 1', the original steam engine used by George Stephenson for the first railway run.

The attractive 12th-century church of St Cuthbert is known as the 'Lady of the North'. The current church occupies the west side of the market place in Darlington and dates to around AD 1180, though it stands on the site of even earlier churches. The church boasts a late 14th-century pulpitum, a screen at the entrance to the chancel.

The octagonal font bowl is late 14th century, but it stands on a much earlier base of Frosterley marble dating to the 12th century. The font cover is 17th-century work. The chancel stalls are early 15th century and are decorated with nicely carved misericords. In the south transept is a very work 13th-century effigy of a woman. In the nave are fragments of two pre-Conquest cross heads. 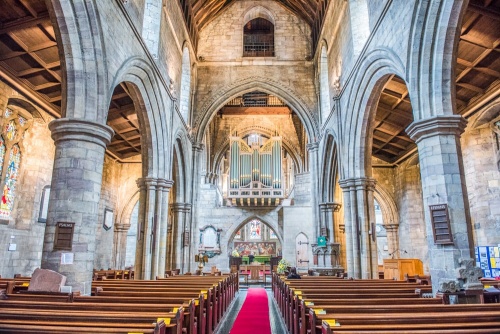 As important as St Cuthbert's church is, it is not the oldest church in Darlington. That honour goes to St Andrew's church in the Haughton area of town. St Andrew's was built about AD 1125, reusing stone from an even earlier church on the site. The nearby rectory is built on the ruins of early monastic buildings.

Daniel Defoe visited Darlington in the 18th century and recorded that it possessed 'nothing remarkable but dirt'. 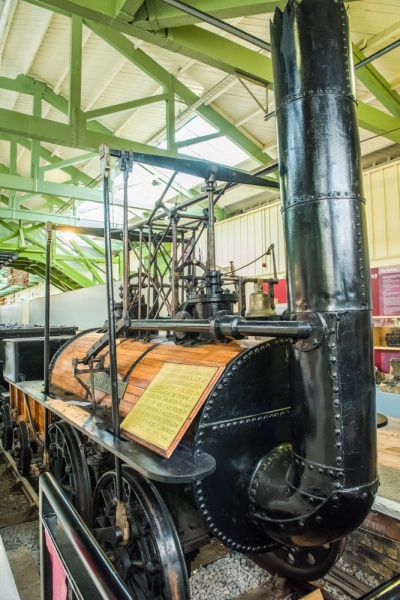 Locomotion No. 1 at the Head of Steam Museum

Defoe may not have been impressed, but Darlington was about to blossom in size and importance with the coming of the railroad. Not only did the first successful passenger service pass through the town, but it became a major centre for rail manufacturing. Carriages built at the local Hopetown Carriage works provided rolling stock to the Stockton and Darlington Railway, and other firms produced locomotives.

Three large railway works developed. The first and perhaps most important was Darlington Works, which opened in 1863 and remained in operation until 1966. The town's role in railway history is commemorated by a modern sculpture called 'Train', erected beside the A66, near the route of the original Stockton to Darlington line. The sculpture is best reached from the Morton Park industrial estate, behind Morrison's supermarket.

Central Darlington reflects its Victorian prosperity, with only a few buildings predating the 19th century. On one side of the large market place is a market cross, erected in 1727. 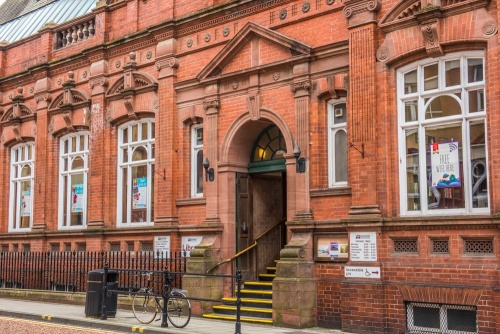 At 6 Skinnergate is the Friends Meeting House, a reminder of the role that Quakers played in the town's history. Many of Darlington's most prominent industrialists were Quaker. Among them was Edward Pease, who helped finance the Stockton-Darlington railway venture. A statue of Edward Pease stands at the north end of High Row.

Nearby stands Barclays Bank building, a superb example of Victorian Gothic architecture, built in 1864 by Sir Alfred Waterhouse. On Crown Street stands the beautiful 19th-century library, built in 1884 as the Edward Pease Free Library following donations from leading Quaker industrialists. A plaque on the west wall marks the spot where WT Stead, a famous journalist for the Northern Echo newspaper, used to tie his horse.

Just a few miles away is the Roman site at Piercebridge. 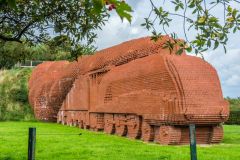 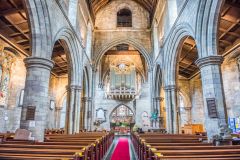 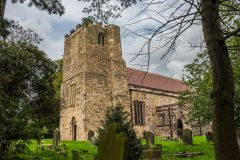 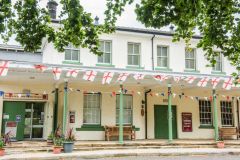 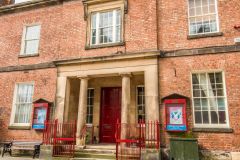 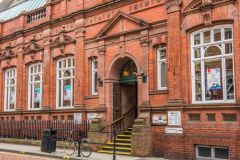 More self catering near Darlington >>

More bed and breakfasts near Darlington >> 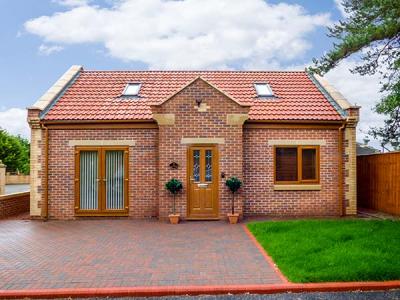 This detached modern bungalow is situated in a quiet rural area close to Darlington and can sleep four people in two bedrooms.
Sleeps 4 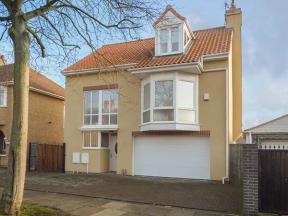 This modern, detached house is situated in Darlington and can sleep four people in two bedrooms.
Sleeps 4