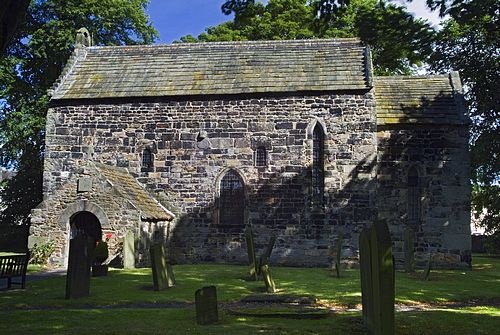 One of the most complete Saxon churches in the UK, St John's, Escomb has been a place of worship since approximately 670 AD. The building materials that make up the church go back a lot further, though; many were taken from the old Roman fort at Binchester, and Roman inscriptions can be seen on many of the stones used in the construction of the church (see photos below).

The church is located in a lovely, shaded green, in the centre of Escomb village, 1 1/2 miles from Bishop Auckland. It is not known for certain when the church was begun, but architectural evidence points to sometime between 670 and 690 AD. This would make it one of the first Northumbrian Christian churches to be built.

As with most Saxon churches, the layout of Escomb church is very simple. There is a small south porch giving access to a narrow nave. The font is to the west of the south door. To the right, the nave leads under a high chancel arch to a very small sanctuary where the high altar is located.

On the exterior south wall of the church is a Saxon sundial, believed to be the oldest still in its original setting in the entire country. There are only three lines on the sundial, corresponding to the three principal times of worship during the daily schedule of early monks; Terce, Sext. and Nones. Under the lines, a serpent stretches.

Several items on the exterior north wall are worth noting; a projecting lip of stone protects a Roman inscription. The stone was simply re-used by the Saxon builders of the church, so the inscription is upside down. It reads "LEG VI", meaning, Sixth Legion. Nearer ground level is the north door. This extremely simple doorway is generally accepted to be of Celtic origin. The surrounding masonry work indicates that the entire doorway may have been taken whole from Binchester and re-used here.

Inside the church there is an absolute wealth of Saxon material. The south porch shows two Saxon stone crosses, and several other bits and pieces of interesting carving found on the site. Inside the nave, the font is extremely simple. It dates to at least the 13th century, though it may be quite a bit earlier

Set high on the north wall is another Roman stone, set on its side, and used as part of the supports for a Saxon window. The inscription on the stone reads, "BONO REI PUBUCAE NATO", which translates loosely as "To the man born for the good of the state". Moving up the nave you come to the Chancel Arch, where the Saxons again reused an existing arch from Binchester Roman fort. The stonework of the Romans was so good that no masonry was needed to set the arch in place.

On the underside of the arch, clearly visible, are paintings from the 12th or 13th century. Behind the high altar is a striking carving in the shape of a cross. This is believed to be a 9th-century gravestone, but it may be the remains of preaching cross dating to the earliest days of Celtic Christianity in Northumbria, before the church was constructed.

Taken as a whole, Escomb Saxon Church contains a wealth of fascinating architectural and historical detail and is well worth a visit. 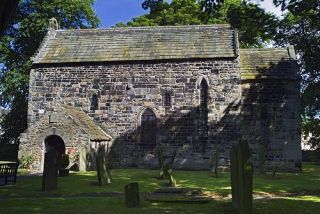 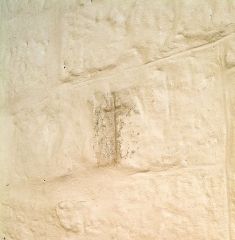 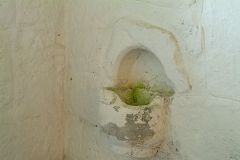 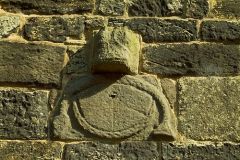 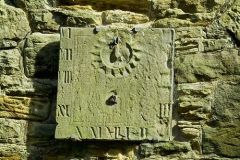 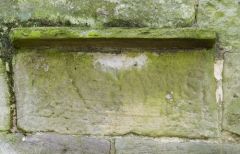 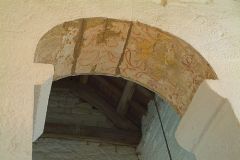 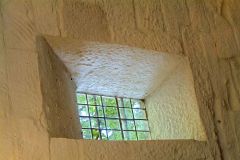 More self catering near Escomb

More bed and breakfasts near Escomb