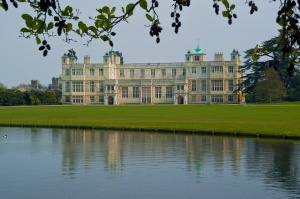 When Henry VIII disbanded Walden Abbey during the English Reformation, he sold the estate to Sir Thomas Audley. Audley built a house over the abbey church and around the north and south ranges of the abbey cloisters.

When Thomas Howard, 1st Earl of Suffolk and Lord High Treasurer of England under James I, decided to build a house to suit his influence and social status, he did it in style. Howard's palatial new house, to a design by Bernard Johnson, replaced the earlier Tudor manor and extended to cover the west range of the medieval cloisters.

Howard's new mansion was the largest private house in the country, and cost its builder an estimated £200,000, an astronomical sum in the early 17th century. It is staggering to think that the large mansion we see today is only one-third the size of Howard's original house.

Perhaps Howard overdid the ostentation just a bit, for King James pointedly remarked of Audley End House that it was 'too much for a king, but may do for a Lord High Treasurer'. And as it proved, it was too much for a Lord High Treasurer, too, for Howard overstretched his finances to complete the house, and resorted to corruption to pay his bills. He was removed from office and charged, together with his wife, with embezzlement.

Rather than dragging his wife into the affair, it seems that she was at least as guilty as he. The couple were convicted, and were imprisoned in the Tower of London, but were eventually freed with a token fine of £7000. Though the Earl and Countess were now free, they had no income to support the lifestyle that Audley End was meant to reflect. 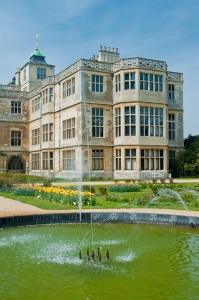 The 3rd Earl was a far shrewder businessman than his predecessor; he sold Audley house to Charles II, who wanted a country retreat to use when he attended the races at nearby Newmarket. The king paid only 30,000 pounds for the house, plus a £20,000 mortgage, and renamed it New Palace.

The Earl kept the estate and got himself appointed 'Keeper of the King's House at Audley End' a sinecure which basically meant he got to keep the house but didn't have to maintain it himself. Samuel Pepys visited the house and noted in his diary that Audley had ' A great many pictures and not one good one in the house but one of Henry VIII done by Holbein'.

Charles and his court visited Audley End on several occasions, once famously dressing up as country folk and visiting the local fair incognito - only to be recognised and pursued by curious, gaping locals. When Charles remodelled Windsor Castle he no longer came to Audley and the house suffered from neglect. 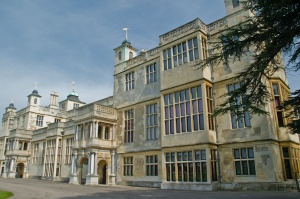 In 1701 William III gave it back to the 5th Earl of Suffolk, but the Earl could not afford to restore it. The 6th Earl planned to restore the house and called in John Vanbrugh to draw up plans, but died before he could implement the scheme.

The 7th Earl pulled down buildings around the outer court on Vanbrugh's advice, but through the mid-18th century, the house was almost derelict. In the 1760s Elizabeth, Countess of Portsmouth began the long-overdue restoration, and the work was finished by her heir, Sir John Griffin Griffin.

The house was much reduced in size, the decaying long gallery pulled down, and what was once a palace became a comfortable country house in Jacobean style. Robert Adam was called in to design new interiors in his fashionable neo-classical style.

Griffin transformed the grounds into a picturesque landscape garden with over seven miles of trails around sinuous water features, with formal gardens close to the house. A pair of classical temples offer focal points across wide, sweeping lawns. The Temple of Victory was designed by Robert Adam and commemorates English success in the Seven Years War, and the Temple of Concorde commemorates the recovery of George III from a bout of madness. 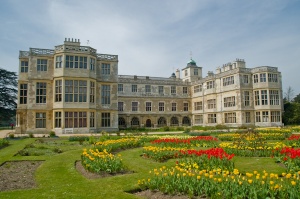 In the early 19th century the 3rd Lord Braybrooke inherited the house, and remodelled the reception rooms, and created an opulent new library. The library was not just for show, however, as Braybrooke was a man of letters, and edited the diaries of Samuel Pepys for their first publication.

The house was used as a military base during World War II, and it was here that Polish agents were sent for training by the Special Operations Executive. A memorial to Polish soldiers stands in the main driveway to the house.

The two sons of the 7th Lord Braybrooke died in the war and the exorbitant death duties meant that the family could not afford to keep the house, and they sold it to the Ministry of Works in 1948. It is now in the care of English Heritage.

Audley End is one of English Heritage's showpiece properties - and with good reason. But that also means that on sunny summer days it can get crowded. The grounds are certainly large enough to handle plenty of people without anyone feeling cramped for space, just be aware that you won't have the place all to yourself! 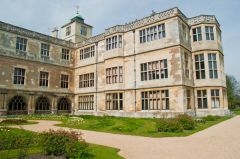 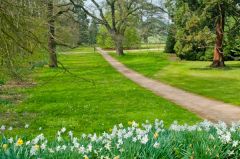 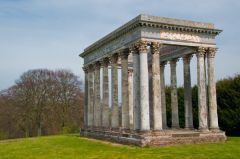 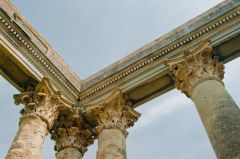 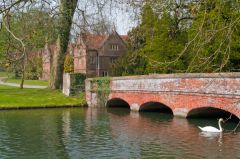 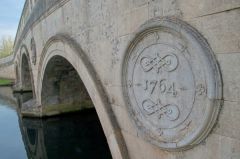 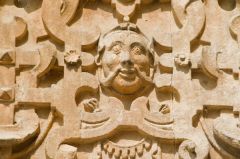