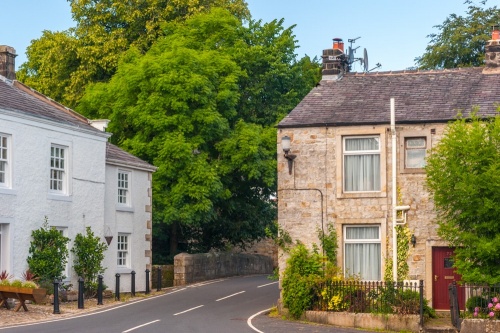 Waddington is a pretty village on the north bank of the River Ribble just two miles from the historic town of Clitheroe. The village is a multiple winner of the annual 'Best Kept Village in Lancashire' award.

According to tradition, Waddington takes its name from the 8th-century Anglo-Saxon chieftain Wadda (aka Wada, or Wade). Wadda became embroiled in the plot to murder King Aethelred I of Northumbria in AD 796. Two years later Aethelred's successor Eardwulf defeated Wadda at the Battle of Billington Moor. Wadda was forced to flee into exile, but he left his name behind in the form of Waddington. Waddington's main claim to fame is that King Henry VI stayed at Waddington Old Hall in 1464 whilst hiding from his Yorkist enemies. He stayed at the Hall for a year but was betrayed to his enemies. The king was just sitting down to dinner when his foes burst into the Hall.

He managed to escape through a secret panel and down a hidden staircase before crossing the River Ribble near the current site of Brungerley Bridge. Unfortunately, the king's escape was short-lived and he was captured just a few miles away on the outskirts of Clitheroe.

As for the Old Hall itself, the oldest part of the building dates to the 11th century but much of the remainder is from the 15th century including the oak-panelled Great Hall. Waddington's attractive parish church dates to around 1500, but the nave and chancel were heavily rebuilt in the late Victorian period. Highlights include memorials to the Parker family, a memorial brass to William Calverley (d 1690), and a 15th-century font carved with the symbols of the Passion.

Near the northern end of the churchyard is an old set of village stocks used to punish miscreants. On West Bradford Road is a ceremonial 18th-century gateway that once gave entrance to Waddington Hospital. The gateway bears a plaque with the inscription:

This Hospital was built and endow'd in the year 1700 by Robert Parker of Marley Hall in the County of York Second Son of Edward Parker of Browsholme Esq. for the Reception of poor Widows, To be chosen According to the Deed of Endowment.

The Hospital was not a hospital in the modern sense but a row of almshouses built as a residence for the widows of local farmers. They were pulled down in the late 19th century and re-erected in their present location by the village green. 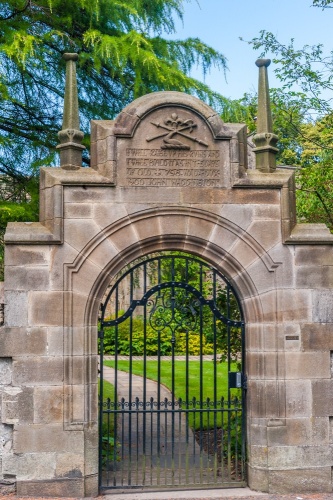 Near the Brungerley Bridge stands Waddow Hall, an Elizabethan house erected as a dower house by the Tempest family. It later became the principal manor house for Waddington. The Tudor structure is hidden behind a Jacobean facade. It is now owned by the Girl Guides and used as a training centre.

This picturesque public garden on the bank of Waddington Brook was laid out in 1953 to commemorate Queen Elizabeth II's coronation. The award-winning garden occupies land that once formed part of the Old Hall estate. The centrepiece of the garden is a rustic bridge installed in 2002. 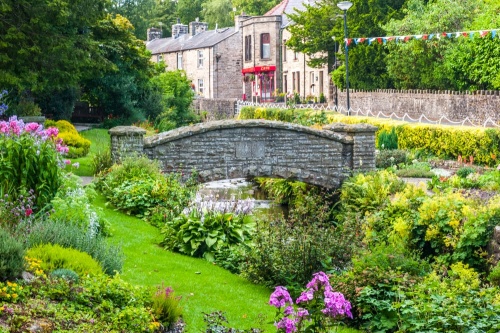 Waddington is on the B6478 two miles north-west of Clitheroe and its medieval castle. A few miles further west is the medieval monastery ruin of Sawley Abbey, while to the south is Whalley with its 13th-century abbey ruins.

More self catering near Waddington

More bed and breakfasts near Waddington

Self Catering near Waddington