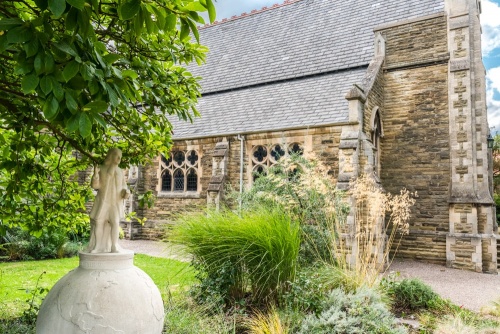 The historic Lincolnshire town of Epworth is known for its associations with the Wesley family. Samuel Wesley served as the rector of St Andrew's Church for 40 years and is buried in the churchyard. His sons John and Charles, the founders of Methodism, were born and grew up in Epworth. In later years John Wesley wrote of Epworth, 'I still love [it] beyond most places in the world'.

Epworth is an ancient town located in the Isle of Axholme, once a small area of high ground in a sea of marshland. It was, quite literally, an island. The marshes are gone now, drained in the 1620s, but the surrounding farmland is a network of drainage canals and dykes. 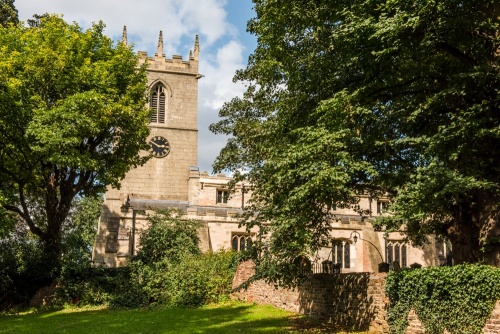 The Anglican parish church of Epworth dates to the 12th century but it stands on the site of a much earlier Saxon building. The nave arcades date to around 1170, as does the font, where both John and Charles Wesley were baptised. in the north aisle is a memorial to Thomas Cutforth, a notorious highwayman who was hanged at Lincoln in 1720. In the sanctuary is a carved chair given by Susanna Wesley when her husband Samuel was named as the rector of Epworth in 1695.

Just outside the priest's door to the church is the table tomb where Samuel Wesley was buried in 1735. Just seven years later John Wesley came home to Epworth to preach but he was barred from preaching inside the church because of his reforming views. Undeterred, John jumped up on his father's tomb and preached to the throng gathered to hear him. Since the tomb was his own family's possession, the rector of St Andrew's could not stop him from preaching on it. 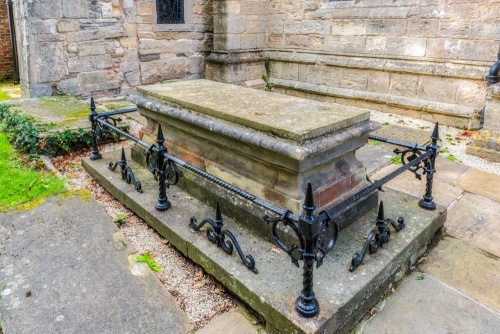 A short stroll from the church is the Old Rectory, the Wesley family home from 1709 until Samuel's death in 1735. The previous thatched rectory had burned to the ground earlier in that year, perhaps by arson. John Wesley, then aged six, was dramatically rescued from the burning building before it collapsed. Samuel Wesley rebuilt the rectory in elegant Georgian style - and almost bankrupt his family by doing so. Here John, his brother Charles and their 8 siblings grew up.

And here, too, they experienced 'Old Jeffrey', a ghostly presence that disrupted family life with groans, unexplained noises, moving objects and generally disrupting family life. The Old Rectory is now a popular tourist attraction, and has a wonderful display of furniture, personal items, documents, letters and books from the time when the Wesley's lived here.

A short stroll east from the Old Rectory brings you to a pinfold, a small enclosure where stray farm animals were kept. The animal's owner could reclaim the animal on paying a small fine to the Pinder. 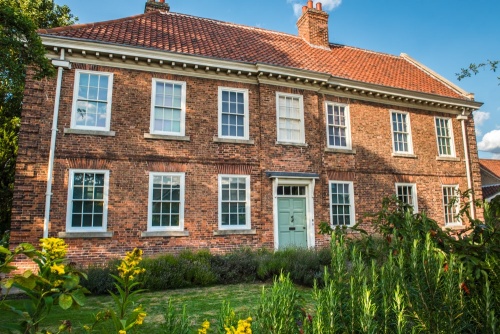 One hundred years after John and Charles Wesley died, the General Conference of the Methodist Church decided to build a church in their honour. The result is the Wesley Memorial Methodist Church on High Street, which opened in 1891.

Inside the church is the communion table from St Andrew's Church used by Samuel Wesley to give both John and Charles their first communion. The table was sold when St Andrew's was refurbished and ended up in a local pub for many years. When the Wesley Memorial Methodist Church was opened the pub landlord graciously gave the table to the church.

The church has very good stained glass windows, including one portraying Charles and John Wesley looking towards the childhood home of the Old Rectory. Outside the church is a lovely memorial garden with a statue of John Wesley standing atop a globe, a reminder of Wesley's famous quote that the world was his parish. 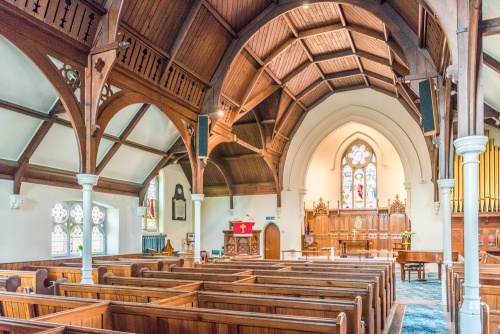 Inside the Wesley Memorial Methoditst Church

On Albion Hill, a stone's throw from the Old Rectory, is a life-sized bronze statue of John Wesley. The statue is one of Epworth's most recent additions, erected in 2003 to mark the tercentenary o Wesley's birth. 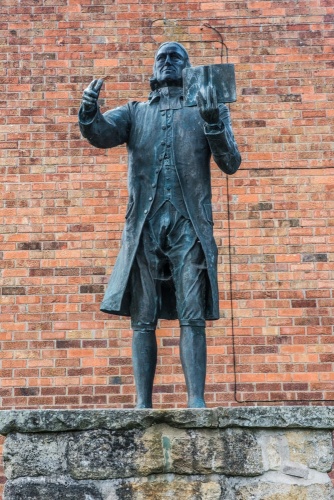 Immediately south of St Andrew's Church is Vinegarth, the site of Mowbray Manor House. The Mowbray family were the lords of the manor in Epworth from the 12th to the 15th century. The manor house was last recorded in 1749 but was later torn down. Archaeological excavations on the site revealed a large number of medieval tiles decorated with the Mowbray symbol of a lion. 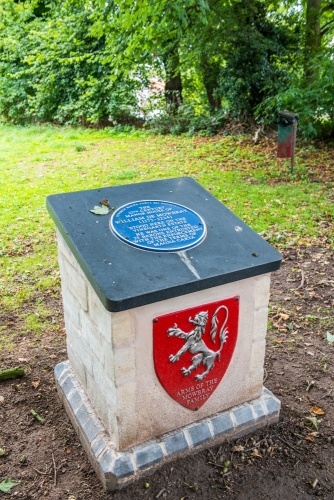 On the market place stands the Red Lion, a historic coaching inn with its roots in the early medieval period. John Wesley stayed at the Red Lion on his biennial visits to his home town. Wesley would preach from the market cross just outside the inn. The cross is of uncertain date; it certainly existed in the medieval period. The cross sits on a stepped base, where John Wesley would stand to preach.

Another historic building on the market place is the Mechanics' Institute, built in 1837. It offered a subscription library and adult education resources. The Institute's library is housed in the Manor Court House, built in 1802 for Alexander Johnson, the lord of the manor.

One of the best ways to enjoy Epworth is to follow the Wesley Trail, linking several historical sites linked to the Wesley family and to the history of Epworth itself. Two historical buildings are a pair of early 19th-century windmills, both now sadly lacking their sails. The easiest mill to visit is Maw's Mill, which stands on the A161 as you enter the village from the north. The mill was built around 1820 of red brick and has a very distinctive onionskin cap.

If you follow the lane heading north-east out of Epworth in the direction of Epworth Grange you will see evidence of ancient strip-farming. Local farmers still follow the medieval practice of cultivating large, open fields in long strips, so that every farmer has the chance to farm at least a part of the best land.

Epworth is a delightful historic town, full of interest and rich in history.

More self catering near Epworth

More bed and breakfasts near Epworth