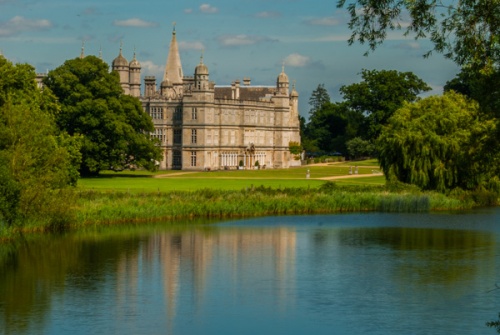 Burghley is one of the grand Elizabethan houses in England and stands in beautiful parkland on the outskirts of Stamford, Lincolnshire. It was built by William Cecil (1520-1598), the first Lord Burghley, Elizabeth I's Lord High Treasurer and Chief Minister. What those titles meant in practice is that Cecil was the most powerful man in the kingdom, and Burghley House is an expression of that power and the wealth that went along with it.

Cecil's heirs eventually became Earls of Essex. The house remained in the hands of the Burghley family until 1981 when it passed to a charitable trust, though descendants of Cecil still live in the house. Burghley House was remodelled extensively in the 17th century by the 5th Earl.

Visitors to Burghley pass through a progression of staterooms, including the Bow Room and the Brown Drawing Room. In the latter, you will see the small travelling bed used by Princess Victoria when she came to Burghley in 1836, 2 years before she became queen. The Black and Yellow Bedroom houses the ornate 18th-century state bed.

Visitors then progress to the Marquetry Room, and the West Wing, where all the rooms were created out of the original Elizabethan Long Gallery. Here you will find an excellent collection of Japanese porcelain, much of it in the possession of the Cecil's prior to 1688. 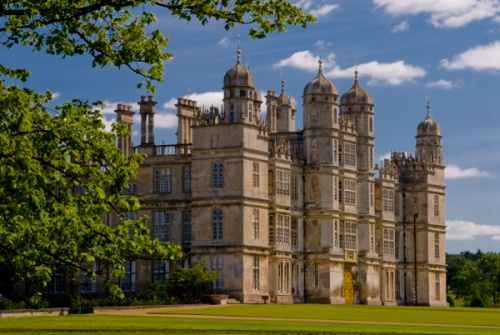 The rear of the house, looking over parkland

Queen Elizabeth's Bedroom houses a 17th-century state bed, and in the Pagoda Room is a portrait of William Cecil which may have been painted during his lifetime. In the Blue Silk Bedroom is an ornate set of marquetry furniture made for Louis XIV of France.

The next port of call for visitors is the south wing, which was intended as a suite of rooms for visiting royalty. The chambers here are decorated with extraordinary frescoes painted by Antonio Verio (1639-1707) for the 5th Earl. Verio's scenes are primarily mythological, with fabulous beasts, gods and goddesses, and characters from classical mythology. Verio also included several likenesses of himself in the paintings!

Most notable in this stunning suite of rooms are the Heaven Room and the Hell Staircase. The Heaven Room is an extraordinary chamber, with floor and ceiling frescoes of a mythical heavenly scene, full of gods and goddesses, angels, and cherubs, all in stunningly colourful tomes. Verio painted himself seated at Vulcan's forge.

The Hell Staircase presents a stark contrast to the preceding chamber, with a gigantic painted cat on the ceiling opening its jaws to Hell. The overall effect of these two chambers is breathtaking. The tour concludes in the Great Hall, where the original Tudor fireplace and hammer-beam roof can be seen. There is also an exhibition of the 6th Marquess's successful Olympic career in athletics (Gold and Silver medals). 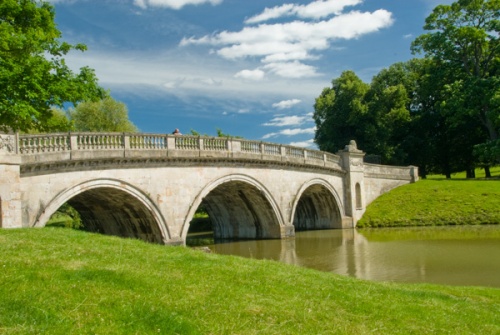 Burghley House is set in lovely landscaped grounds, the work of landscape gardening's leading exponent, Capability Brown. A pleasant walk across the park leads you to the Palladian Bridge, where you can get lovely views of the house across the waters of the lake created by Brown. The west front of the house is surrounded by glorious 17th century wrought iron gates, the work of Jean Tijou.

To the west of the house are two wonderful gardens. The first is the Sculpture Garden, where large works of art blend with the parkland to create an intriguing walk. These are not 'boring old art' that will leave children itching to get on, but interesting pieces of sculpture that surprise and delight visitors of all ages. But if you think your children might enjoy the Sculpture Gardens, wait until they see the Garden of Surprises! 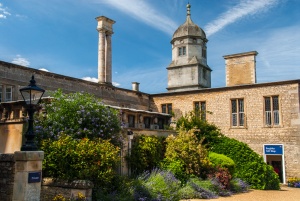 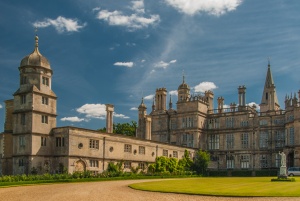 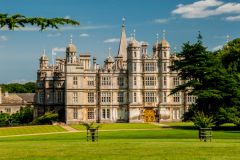 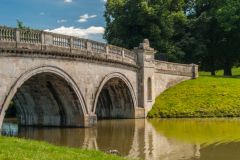 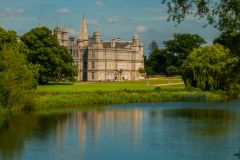 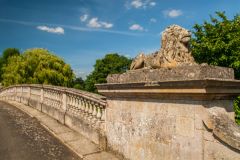 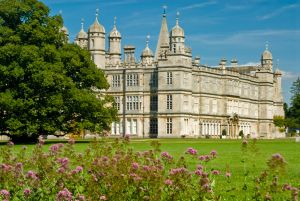 More self catering near Burghley House