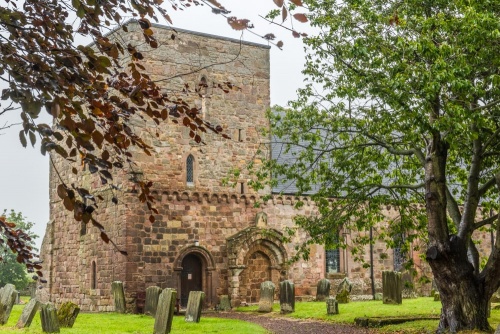 The 11th-century church of St Anne in Ancroft, Northumberland, began as a chapel of ease in the Norman period (that is, a small chapel built so that local residents would not have to walk long distances to their official parish church).

In this case, Ancroft's mother church was the priory on Lindisfarne, and the monks of Lindisfarne are thought to have built the church.

Ancroft was close enough to the Scottish border for the parishioners to be concerned about the possibility of Scottish raids, so in the 13th century a squat, sturdy three-storey pele tower was attached to the west end of the nave, to offer refuge in times of trouble. Most pele towers were detached from the church body but in Ancroft's case, the tower is directly attached to the nave.

The tower blocked the Romanesque south doorway, so that the only access to the church was through the tower's west door, via a barrel-vaulted chamber. A spiral stair was built at the same time to give access to the upper floors of the tower. 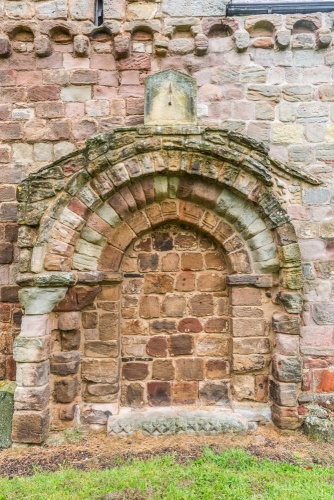 Those upper chambers were used as living quarters for the priest when the tower was not needed for defensive purposes.

It was certainly needed in the period 1333-1345 when the region was described as 'Being laid waste by Scottish Marauders' and most of the population left the district.

The church was restored twice in the 19th century, the second time in 1870 by FR Wilson (see our article on St Mary's Church in Wooler for another Wilson church). Wilson created the current chancel and replaced all the doors and windows.

St Annes' Church is made from local sandstone, which gives the building a lovely pinkish-grey colour. The roof is topped by Welsh slate.

Inside the porch is a medieval cross slab used as a grave cover. The slab probably dates to the late 12th century and shows worn symbols which have been interpreted as a dagger and keys flanking a floriated cross shaft. Above it is a peculiar winged head in relief. 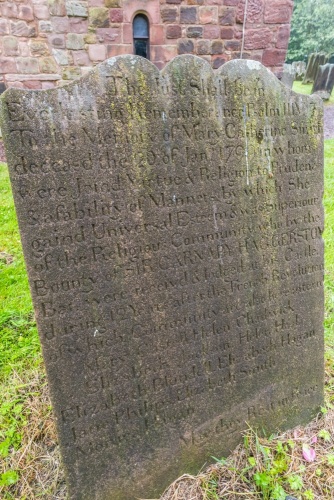 The original medieval font was removed to Chillingham during the Commonwealth period. It was replaced by the present font, carved by an Italian sculptor working on Durham Cathedral.

Ancroft had a reputation for producing shoes and the 'Cobblers of Ancroft' were immortalised in a poem centred on their role in making shoes for the army and navy in the Napoleonic Wars. One verse goes,

'The Cobblers of Ancroft were famous
Famed throughout all the land,
Their boots were worn by everyone
The poor, the gentry and grand.'

In the churchyard is a memorial commemorating ten nuns of the 'Poor Claires of Rouen' Order. The nuns fled Rouen in the French Revolution and were offered refuge at nearby Haggerston Castle by Sir Carnaby Haggerston. They died in exile and were buried at Ancroft. 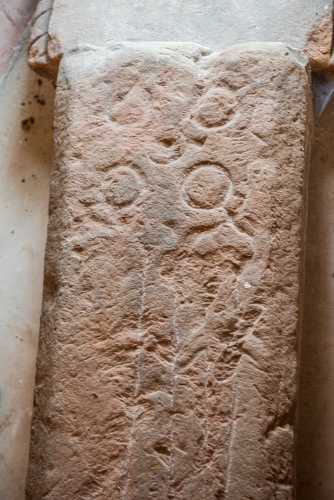 Just inside the churchyard gate is a set of low stone steps. These are known locally as 'Louping on Stanes' and enabled a lady to mount a horse behind a rider.

The field across from the church tells a sad tale. If you look closely you can see turf-covered mounds in the field. These mounds are all that remains of the old village of Ancroft. When the plague struck the village the houses were burned down in a futile attempt to limit the spread of the disease.

The tower is often open, and if you climb to the top you will be rewarded with views to Holy Island. At present, you can get the tower key from the nearby Old Parsonage.

St Anne's Church is extremely easy to find. It is directly on the B6525 in Ancroft, about 5km (3 miles) south of Berwick-upon-Tweed. The church was open when we visited. 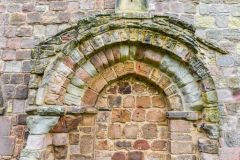 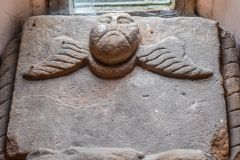 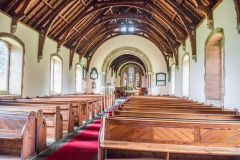 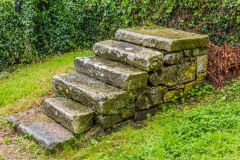 The Tavern - Steakhouse and Lodge - 23 miles
Alnwick, Northumberland
Stay from: £30.00