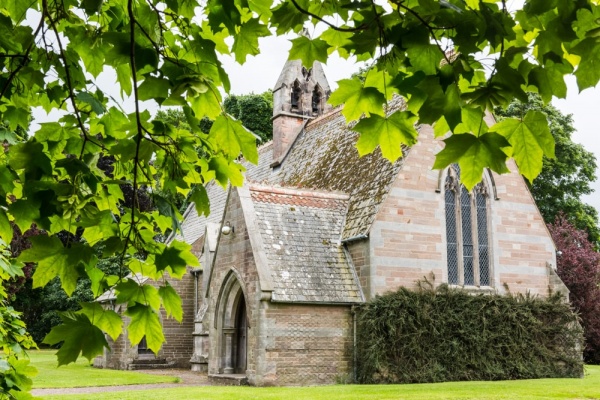 Most people come to the Northumberland village of Etal to visit the medieval castle or enjoy a cold pint at the picturesque thatched inn. But there is another reason to explore this delightful little village; just off the drive leading to the manor house stands the Chapel of the Blessed Virgin Mary, a delightful historic church.

The first chapel in Etal was built in 1345 by Sir Robert Manners of Etal Castle. The chapel was located on the bank of the River Till, downstream of the village itself.

That medieval building had long-since lapsed into decay by the early 19th century when a new chapel was erected. To understand the reasons behind the new chapel we need to look at a little family history.

In 1821 Lord Frederick FitzClarence, an illegitimate son of the Duke of Clarence (who would later become King William IV), married Lady Augusta Boyle, the daughter of the Earl of Glasgow. The couple made their home at Etal Manor. 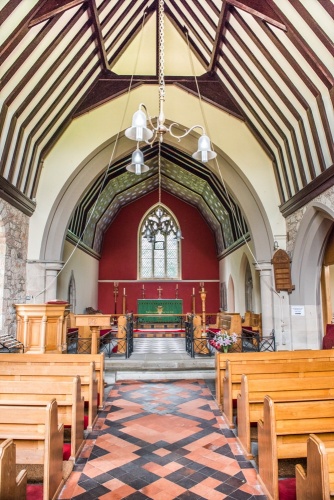 Lord Frederick was a career soldier, and served with the British military in India, rising to become Commander-in-Chief of the army in Bombay. When he died in 1854 Lady FitzClarence had his body brought back for burial to the nearby village of Ford, which formed part of the Etal estate. The couple's only child, Frederica Augusta, died just a year later.

Lady FitzClarence decided to build a mortuary chapel in the grounds of Etal Manor and bury her husband and child there. She called in William Butterfield, who would become one of the finest ecclesiastical architects of the Victorian period. Construction on the chapel began in 1856 and the building was consecrated for worship in 1859 as a chapel under the parish church at Ford.

Curiously, it was not until Lady FitzClarence herself died in 1876 that her husband was disinterred and reburied in a vault beneath the south chapel. Lady FitzClarence was buried beside him, as was their daughter and, sometime later, their son-in-law Captain Theodore Williams - who had acted as Lord FitzClarence's aide-de-camp. 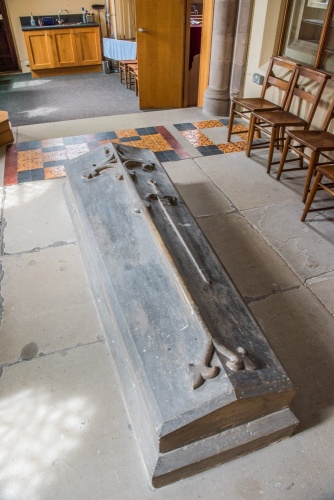 The chapel was served by a chaplain who had no direct duties since parishioners worshipped at the parish church at Ford. In later years the rector of Ford also served as the chaplain of Etal. In 1971 the chapel stopped being a private chapel and became a fully-fledged church with Ford parish.

There are two main reasons to visit St Mary's Church. First and foremost it is one of the earliest commissions by William Butterfield, who would rise to become perhaps the greatest Victorian architect.

Butterfield made his name several years earlier with his design of Perth Cathedral. One of his other great church designs was All Saints Church, Margaret Street in London, built at roughly the same time as Etal Chapel, and before his most impressive works at Keble College in Oxford and Rugby School.

Butterfield can best be described as 'high church'; his attitude was Anglo-Catholic and he was a master of monochromatic design. At Etal he designed a very simple building consisting of a nave and chancel with a mortuary chapel to the south.

There is no tower, simply a bell-cote over the chancel arch, housing two bells and sporting a copper weathercock. At the west end of the mortuary chapel is a private door for Lady FitzClarence, and to the north side of the chapel is a vestry and porch.

Butterfield designed every detail, down to the altar candlesticks and candelabra. Unfortunately, some of the original decorative scheme has since been altered, but enough remains to give a hint at what it must have looked like when new. The wrought-iron communion rails, chancel screen, and decorative floor tiles are all original.

The second main reason to visit St Mary's is the very simple memorial in the mortuary chapel to Lord FitzClarence. The tomb is in the shape of a medieval grave slab with an ornate floriated cross on the peak of the slab, with a sword on one side of the cross. An ornate scroll gives details of Lord FitzClarence's life.

Accessing the chapel is extremely easy. There is no parking - at least none that I could see - so from the village centre you simply have to cross the A and head up the drive of Etal Manor. The chapel will come into view just ahead on your right. St Mary's is usually open to visitors during daylight hours and was open when we visited. 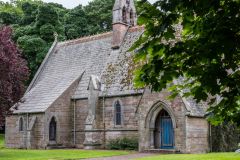 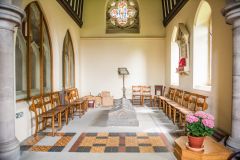 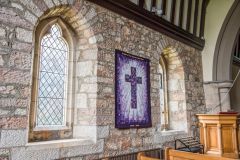 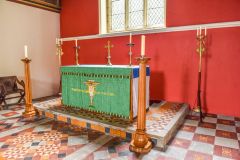 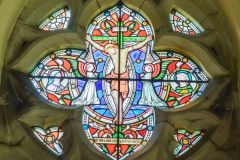