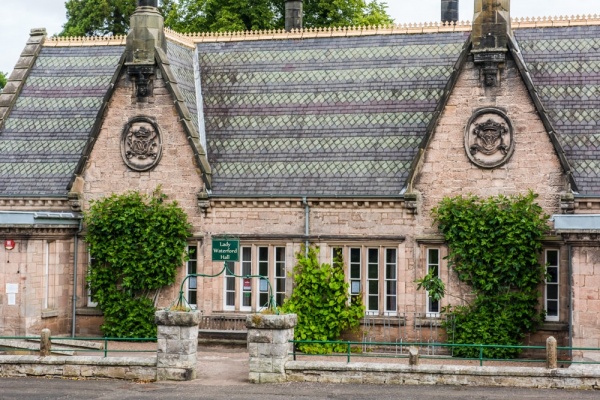 Lady Waterford cared greatly for the well-being of her tenants, and from roughly 1860 she redeveloped the village, established a temperance society, and founded a village school.

Over the following 22 years, Lady Waterford decorated the interior of the school hall with a stunning series of life-sized watercolour murals on Biblical themes, using estate workers, villagers and their children as her models. Here murals were intended to serve as a teaching aid for the pupils and to inspire them to emulate the moral lessons of the Biblical stories represented.

The result is an extraordinary tour-de-force, a magnificent work of art on a huge scale. 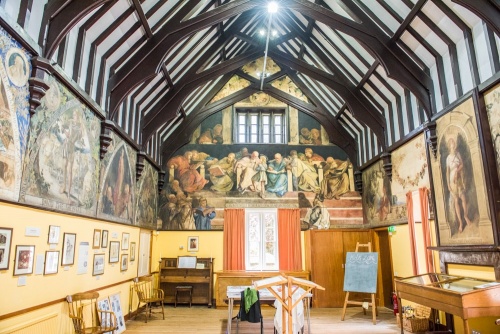 Lady Waterford learned her art with several of the leading Pre-Raphaelite artists of the mid-Victorian period. She studied under Dante Gabriel Rosetti and took drawing with art critic John Ruskin.

She was much more than a rich dilettante; she is thought to have been the model for several popular works by John Everett Millais, and her beauty is said to have inspired several of the Pre-Raphaelite Brotherhood's best works. She was an accomplished artist in her own right and her work in Ford certainly showcases that skill.

Ford school was established in 1860 and served as the village school until 1957. It housed as many as 134 pupils at its height. After the school closed the Hall became the village hall and is still used today to host special events and private functions.

The north wall (facing you as you enter the Hall) is decorated with nine panels painted with Biblical scenes, centred in arched surrounds with Biblical texts describing the scene. The spandrels between the panels are decorated with portrait heads and the spaces between are embellished with foliage details.

The scenes vary widely; many depict Old Testament stories such as Samuel and his parents, David the Shepherd, the Flight into Egypt, Daniel and the Three Children, and Moses and Miriam. 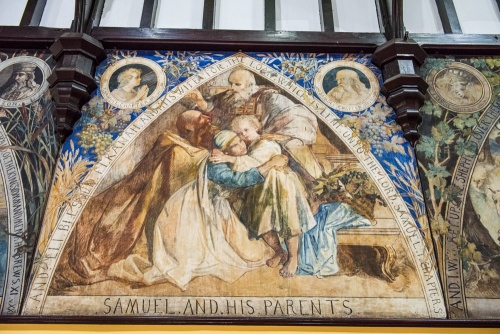 Samuel and his parents mural

The east wall, to your right as you enter, is decorated with a large mural of 'Jesus in the midst of the doctors', while the west wall is based on the text 'Suffer little children to come unto me'.

Though the murals naturally will take much of your attention, there is more to see; the Hall is filled with display cases showcasing Lady Waterford's smaller paintings and sketches. The exhibits also tell the story of the Ford school, with reminiscences from former students.

The murals were painted in watercolour on paper and stretched on frames to fit the wall space. Most of the characters were villagers who came to Lady Waterford's studio in Ford Castle to sit for her. The names of her models are recorded and form a useful genealogical reference for their descendants.

Lady Waterford's Hall is managed by a charitable trust established to preserve and share this gifted artist's work and educate the public about her life and art. I can't recommend a visit highly enough. When we visited there was a small admission fee and we had the option to watch a short video about Lady Waterford and the history of Ford school. 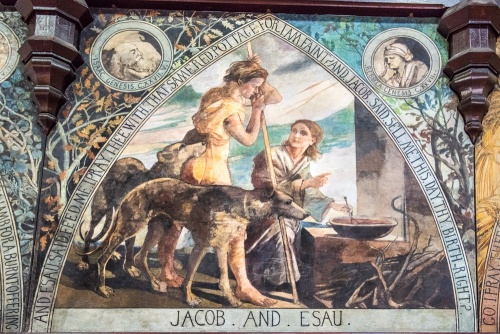 Look for Lady Waterford's coat of arms on the Hall exterior and a memorial plaque to Lady Joicey, dated 1913 (the Joicey family bought the Ford estate from Lady Waterford's family after her death).

Lady Waterford was a gifted artist, often overlooked among Pre-Raphaelite painters because she was an amateur and did not exhibit professionally until late in life. She was far more concerned with the welfare of her tenants than developing her own artistic career, but she was an immensely talented artist.

Access is very simple; the Hall is located almost directly opposite the village shop, just off the B6354. There is a small parking area across from the shop.

While you are in Ford do take the opportunity to visit St Michael and All Angels Church, where you will find Lady Waterford's grave in the churchyard. 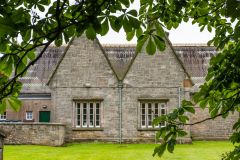 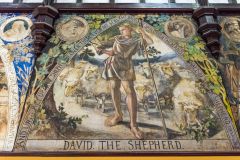 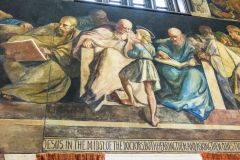 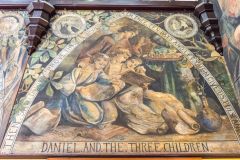 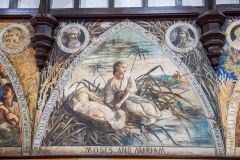 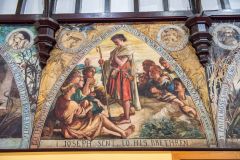 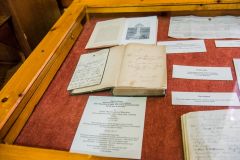 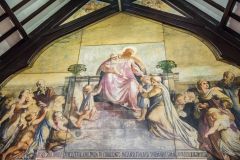 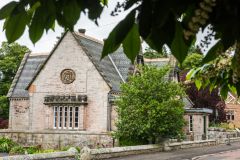