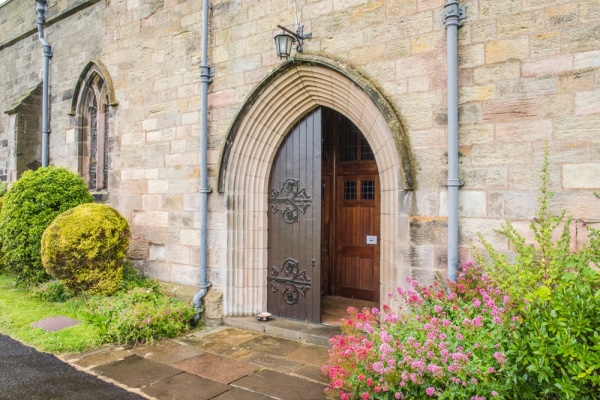 St Aidan's Church in Bamburgh is not simply dedicated to St Aidan, the 'Apostle of Northumbria', but was actually founded by him and was the site of his death.

Around the year AD 635, St Aidan of Iona was invited by King Oswald of Northumbria to bring Christianity to his kingdom. Aidan was an Irish monk and part of St Columba's community at Iona Abbey. He led a mission of 13 monks from Iona whose task was to re-establish Christianity throughout the kingdom after Oswald had reunited the realms of Deira and Bernicia.

The first church in Bamburgh was built of timber. It burned down and was rebuilt multiple times. 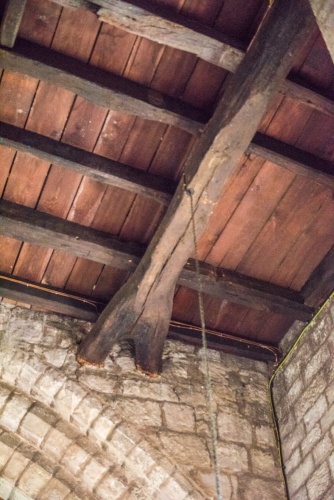 St Aidan is said to have died here in AD 651 whilst leaning against a forked timber beam that supported the outside wall of his church. That beam now forms part of the tower roof and is the only part of the 7th-century church to survive. Since it survived at least two fires the beam became an object of veneration and was said to have miraculous healing properties.

The spot where Aidan is said to have died is commemorated by a shrine within the present church, built in the late 12th century as part of a monastic cell of Augustinian monks. In the chancel is a low side-window and under it is a stone bench said to mark the spot where St Aidan died.

The east wall of the north transept has some surviving 12th-century stonework and one of the four crossing arches has been dated to around 1180. The chancel was rebuilt in 1230 when the church was in the possession of Nostell Priory in Yorkshire. 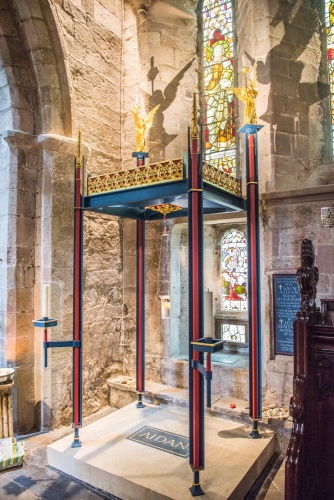 The church was burned in a Scottish raid around 1304, but the damage was swiftly repaired and a tomb recess was installed in the chancel around 1320.

Between 1998 and 2007 archaeologists unearthed over 100 skeletons from the sand dunes surrounding Bamburgh Castle. In 2016 the bones of some 110 people were interred at St Aidan's Church in a solemn ceremony. The 'Anglo-Saxon Bowl Hole' skeletons were carried from the castle to the church in an antique horse-drawn hearse and interred in the second crypt where their charnel boxes can be seen through a stunning grille in Anglo-Saxon design made by a local blacksmith.

On the nave wall are five funeral hatchments. Three depict the arms of the Forster family, while the fourth is to the 1st Lord Armstrong who rebuilt Bamburgh Castle. The final hatchment commemorates Captain J Baker-Cresswell DSO.

St Aidan's Church boasts excellent stained glass, both modern and Victorian. One of the finest windows is the Grace Darling memorial window. 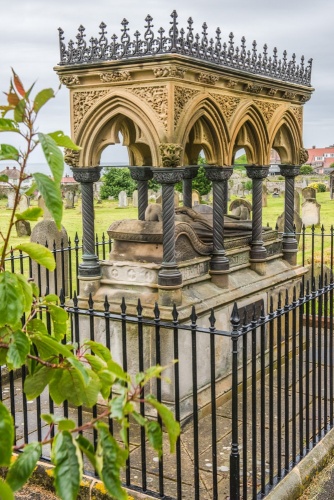 In the north aisle is an effigy of the Victorian heroine Grace Darling, who helped rescue sailors from the daughter of the SS Forfarshire in 1838 after the ship ran aground in the Farne Islands during a fierce storm. The effigy was originally part of Darling's memorial in the churchyard but was moved inside the church when it began to suffer erosion damage. It was sculpted by Raymond Smith of London.

On the north aisle wall are memorials to the Younghusband family, one of England's premier military families.

The north transept is also known as the Fowberry Porch. The transept was endowed as a chantry chapel by Thomas de Bamburgh in 1333, with money for priests to say masses for Thomas and his family.

On the north wall of the chancel is a memorial to the Forster family. One of the Forsters was Dorothy, whose brother Tom was a Jacobite leader and was imprisoned in Newgate gaol after the failure of the 1715 Jacobite Rising. Dorothy rode south to London and rescued Tom from Newgate. 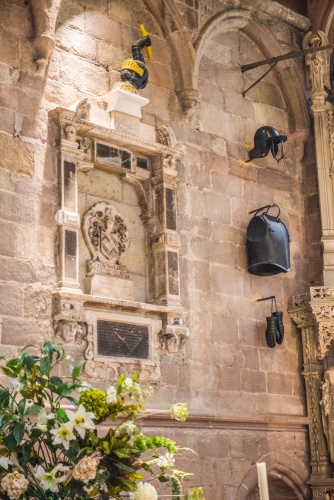 The Forster memorial and funerary armour

Her aunt, also named Dorothy Forster, married Lord Crewe, Bishop of Durham and owner of Bamburgh Castle. On the wall is a set of funeral armour worn by Dorothy's uncle Ferdinando Forster who died in 1701. He was killed in a fight by John Fenwick of Rock, whose family had a long-standing feud with the Forsters. There is a handy Forster family tree on the large pillar at the western end of the nave.

Opposite on the south wall is a tomb recess holding the effigy of an unknown knight, his legs crossed in a traditional early-medieval pose. The church guidebook suggests that the crossed legs indicate he was a crusader, though modern historians have questioned this interpretation of crossed legs.

Don't miss the Grace Darling memorial in the churchyard. It is easy to find; look for the large canopied tomb near the western edge of the burial ground. The Grace Darling Museum is directly across the road from the churchyard and is well worth a visit to learn more about Darling and her life. 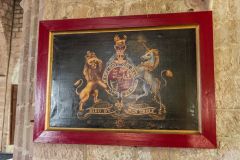 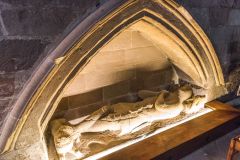 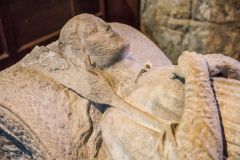 Self Catering near Bamburgh