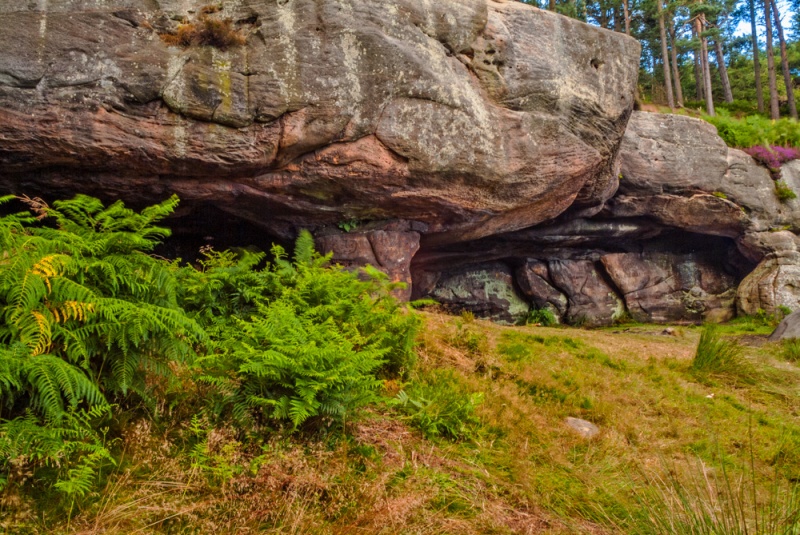 In the Kyloe Hills near Belford, Northumberland, is a cave formed by an overhanging outcrop of sandstone. According to legend, monks carrying St Cuthbert's body from Lindisfarne took refuge here. The cave is also known as Cuddy's Cave, or Cuddy's Cove.

Another version of the story suggests that Cuthbert was a hermit here before moving to the Farne Islands. Of course, both versions could be true; he could have stayed here during his time as a hermit, and his body could also have been carried here after his death. Perhaps the monks carrying his body sought out the cave because it was already linked to Cuthbert.

St Cuthbert (c. 634 – 687) was a Christian hermit, monk, and bishop. He grew up near Melrose, in what is now Scotland. He entered the church in AD 651 after seeing a vision of St Aidan. In 662 he was made prior of Melrose Abbey, and three years later was named prior of Lindisfarne. In 676 Cuthbert retired, for he yearned for a more contemplative life. He established a hermitage, but where?

Traditionally Cuthbert moved to Inner Farne island, an islet not far from Lindisfarne. However, another version of his life suggests that he came here, to a cave near Belford. At first, he welcomed visitors, but after a time he withdrew into his cell and only opened his window to give blessings to those who sought him out.

In 684 he was convinced to return to Lindisfarne as Bishop, but only after King Ecgfrith visited him in person. Cuthbert was old and infirm, and in 686 he returned to his cell on Inner Farne, where he died in March 687. He was buried at Lindisfarne, where his grave became a place of veneration. 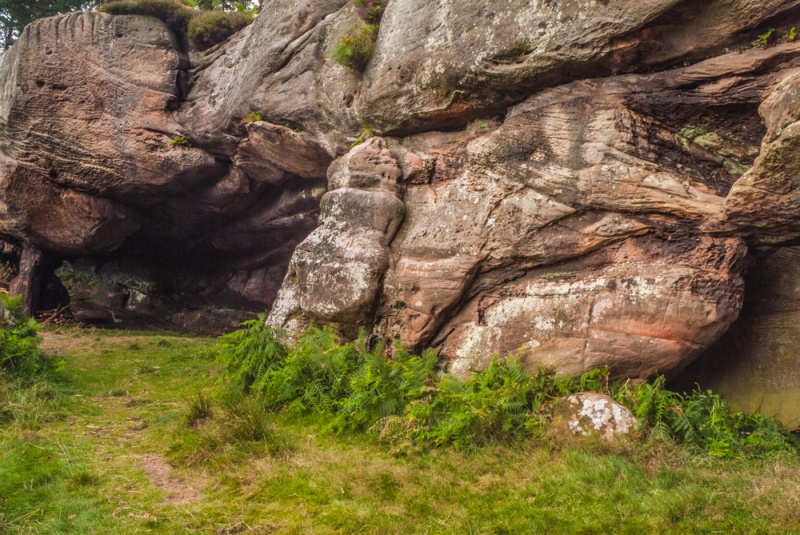 In 875 a series of Danish raids ravaged the Northumbrian coast. Monks from Lindisfarne abandoned the priory, and carrying the body of St Cuthbert in his coffin they wandered around the north-east of England for the next seven years. According to legend, one of the places they sheltered was the sandstone cave near Belford.

There are actually two St Cuthbert's Caves in Northumberland, and both share the same story. The second cave is at Doddington. Given that the monks carrying Cuthbert's body wandered for so long, it is entirely possible that they rested for a time at both caves.

Eventually, the monks settled at Chester-le-Street, where the saint's body stayed for 110 years. A fresh series of Danish raids in AD 995 prompted the monks to carry Cuthbert's coffin to Ripon, but two months later they were on the road again.

The wagon carrying the saint's coffin stuck in the mud east of modern Durham. The monks fasted and prayed, and according to legend, Cuthbert informed them that he wished to be laid to rest at Dunholme, a place where a dun cow rested.

They eventually found such a place, on a high bluff above the River Wear, and there they built what would become Durham Cathedral. The saint was finally laid to rest at the east end of the great cathedral. There were many more adventures in store for Cuthbert's body, which was moved several times at Durham before being disinterred during the Reformation only to be recovered and reburied once more.

St Cuthbert's Cave is on the long-distance footpath known as the St Cuthbert's Way. The trail runs 62.5 miles from Melrose, in the Scottish Borders, to Holy Island (Lindisfarne).

The only way to reach the cave is on foot, following the St Cuthbert's Way trail. The easiest access point is from the National Trust car park at Holburn Grange, beside the farmhouse. The farm is located on a minor road midway between the B6353 and the B6349.

From the parking area the trail leads up a slope through a field before angling north-east across the hillside to a forest plantation. The woods are split by a sandstone outcrop, and the cave will come into view after about 1/2 mile.

There isn't a lot to see at St Cuthbert's Cave, but the cave is quite striking, and the walk through farmland and trees is beautiful. It is the sense of history that makes the cave worth visiting. You can imagine a column of tired monks with carts, making their way slowly along the tracks of 9th century Northumberland, seeking refuge.

Fans of the TV series Vera may recognise the caves, which appeared in an episode of the 6th series called Tuesday's Child, which aired in February 2016. 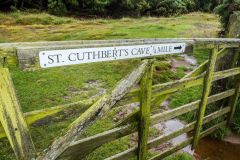 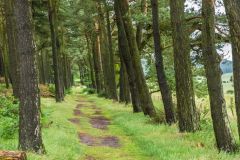 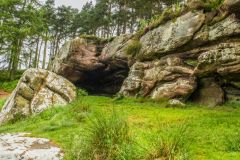 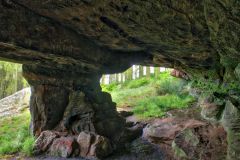 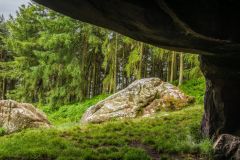 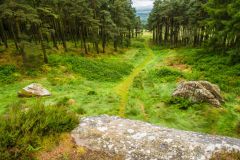 Self Catering near Belford