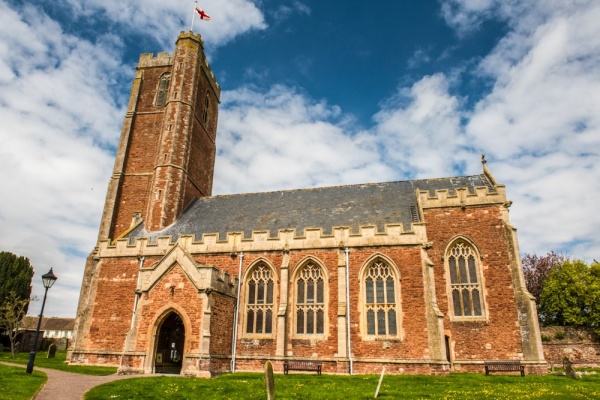 We know almost nothing of the Saxon church, but we do know that in 1138 the church was given by Robert de Curci of Stogursey as part of his endowment of Cannington Priory. Though the church stands very close to the Priory site, it was never a monastic church but served the people of Cannington as a parish church.

After the Dissolution of the Monasteries under Henry VIII, the lord of the manor of Cannington held the patronage of St Mary's. It later passed to Oxford University and then to the Bishop of Bath and wells.

The oldest part of the present church is the west tower, built in the 14th century. The nave is slightly later, built from 1375-1400. The rest of the church was rebuilt in Perpendicular Gothic style in the 15th century.

Interior highlights include a 15th-century font and a fragmentary memorial brass to Joan, wife of William Dodesham, who died in 1472. An earlier (1440) brass commemorates William's parents William and Ellen.

Perhaps the best historical highlight is the wagon roof, decorated with original medieval carved and painted bosses. There are 131 bosses in the nave and chancel combined.

In the vestry is a pier and attached column that originally formed part of the 12th-century chancel arch. 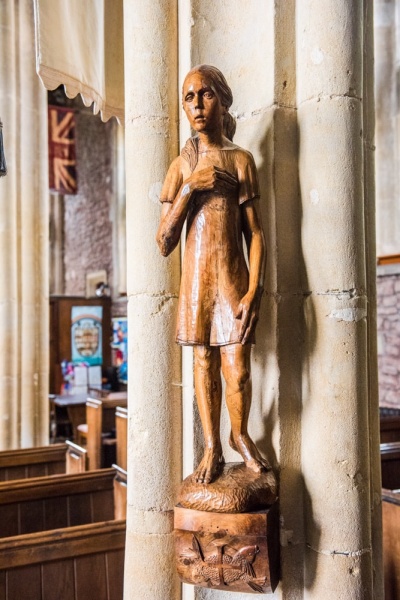 The Child of Cannington statue

The Child of Cannington

At the base of the pulpit steps is the grave of the Child of Cannington. The 'child' was apparently a young woman, thought to be a pagan princess or perhaps an early Christian saint, whose grave became a site of veneration. In 1975 the Child was reinterred inside the church, and a wooden statue carved by a local sculptor, with facial features based on the Child's skull.

Examination of the skull suggests that the Child was about 16 years old when she died, but who she was or why her grave became a place of veneration is not known. Every year a replica of the statue is given to a local resident for services to the Cannington community.

Under the tower is a stone altar front probably brought here from an 18th-century chapel in Cannington Court. The reredos is Victorian, installed in 1893, and incorporates the carved faces of the donors, Joanna and Philip Pleydell Bouverie.

One of the best memorials is an ornate wall tablet to Amy Rogers, who died in 1621. Rogers was the granddaughter of Sir John Popham, Lord Chief Justice of England. 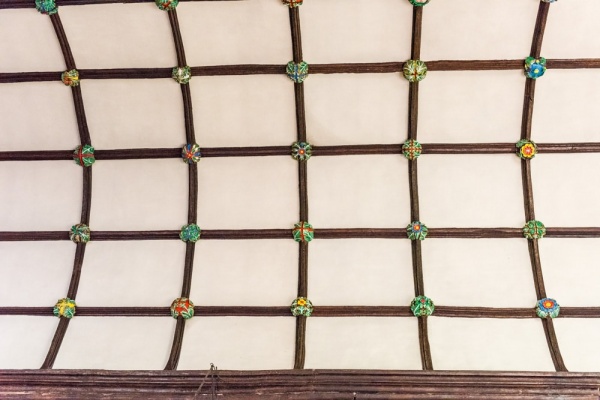 The rood screen and parclose screen are both 15th century, with some Victorian restoration, and boast beautiful carving. The pulpit is also 15th century though it stands on a 19th-century base.

Over the south door is a gilded and painted royal coat of arms to Charles II, and in the north aisle is an ornate wrought-iron screen that once enclosed the tomb of Hugh, 2nd Lord Clifford.

There are two chests, both 17th century, with lovely carved fronts, and a 17th-century altar table in the south aisle.

On the wall is a plaque commemorating the Officers and Men of the 535th Anti-aircraft Battalion of the US Army who were stationed at Cannington prior to the D-Day landings at Utah Beach in Normandy.

One unusual feature at Cannington is a series of 17 carved stone consecration crosses on the exterior wall of the chancel. In the north wall is a slit window thought to have been used by nuns of Cannington Priory to view the high altar.

St Mary's is a beautiful historical building, full of interest. It is usually open daily to visitors and was open when we visited on a sunny afternoon in spring. 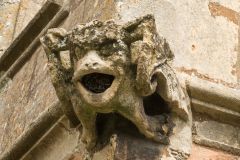 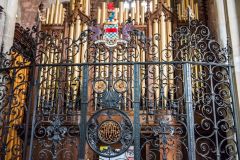 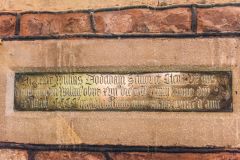 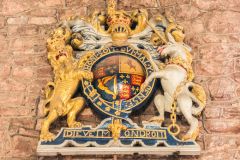 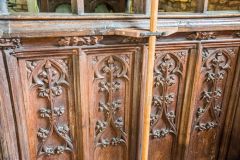 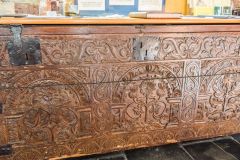