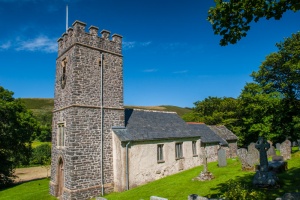 This is the very heart of Doone Country, made famous in the Victorian novel Lorna Doone, A Romance of Exmoor by RD Blackmore. The novel is set during the turbulent years of Monmouth's Rebellion (1685) and tells the story of a young farmer of Oare, John Ridd, who finds romance with the adopted daughter of a family of Exmoor outlaws, the Doones.

The tale of the Doones is said to be culled from real Exmoor history, related to Blackmore by his uncle, who was for a time rector of Oare church. The real-life Doones were said to be a band of Scottish outlaws, Stuart sympathizers who fled to Exmoor, where they preyed upon travellers from a hideout in the remote passes of Exmoor, beyond Badgworthy Water.

Oare is reached off two minor roads signposted from the A39 near Countisbury. The quickest route is the westernmost road, but the most spectacular is the eastern one, which delves down a steep, wooded lane beneath overhanging trees to emerge at Robber's Bridge. Past the scenic bridge, the road narrows for another 1/2 mile until you suddenly come upon Oare itself, and the small parish church of St Mary the Virgin to the left of the road.

This is the church where Lorna Doone was shot by her half-brother Carver while she stood at the altar to marry John Ridd. A placard indicates the most likely window used by Carver Doone to fire the shot that (almost) proved fatal to the novel's heroine, and a memorial to the author RD Blackmore is set into the wall of the church beside the south door.

From Oare, you can follow the road towards Malmsmead. Park at the parking lot beside the bridge and walk 5 miles up the trail beside Badgworthy Water to Hoccombe Combe.

This is believed to be the location in Lorna Doone where the Doone clan lived, though it is also claimed that nearby Lank Coombe more accurately fits the description that Blackmore used in his novel. In this area, Badgworthy Water acts as the border between Somerset and Devon. 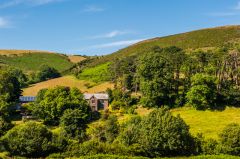 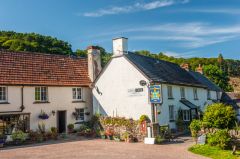 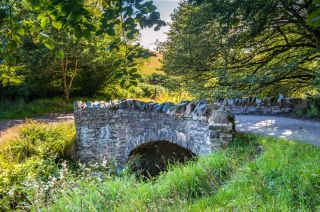 More self catering near Oare

More bed and breakfasts near Oare