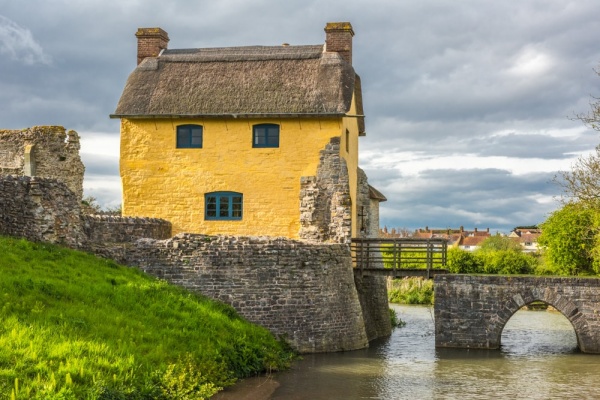 Stogursey is an attractive village lying in beautiful countryside east of the Quantock Hills. At the time of the Norman Conquest the village known simply as Stoke. William the Conqueror granted estates here to one of his supporters named William de Falaise. It may have been Falaise who built the first castle here, as part of a network of Norman fortifications aimed at protecting Somerset from assault by sea.

That first castle seems to have been a simple ringwork, with a timber palisade surrounding a hall, defended by an earthwork bank and ditch.

By the late 12th century the estate passed by marriage to William de Curci, or Courcy. The village then became known as Stoke Courcy, which, over time, was transformed into its current form of Stogursey.

William de Courcy acted as Steward to Henry I, and the family fortune was secured when both his son and grandson married wealthy heiresses. Confusingly, generations of Courcy's were all named William so it can be difficult to distinguish one from the other. 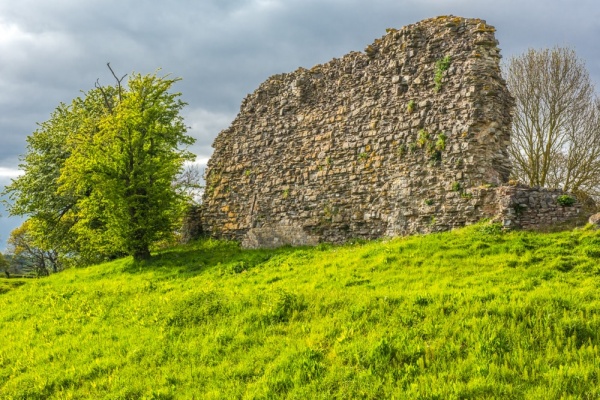 It was probably the first William de Courcy who adapted the earlier 11th-century ringwork to its present form. Courcy filled in the ringwork and built a mound, or motte, using soil removed by deepening the ditch to create a dry moat. He built a rectangular keep on the motte. We know that the keep had stone foundations and it may also have had stone walls. A palisade surrounded the motte, with a pair of baileys, each with their own stockade.

Wiliam de Courcy III acted as a Steward to Henry II. Perhaps on Henry's order Courcy strengthened Stogursey Castle to defend the mouth of the River Parrett. Stone curtain walls were built around the motte and a garderobe tower added to one side of the keep. The moat was filled with water, and a channel built from the moat to feed a mill.

Alice welcomed King John to Stogursey Castle in 1210 and the king is recorded to have lost 20 shillings to her husband Warin 'at play', presumably gambling at dice. Warin seems to have been loyal to King John and was one of those barons who signed the Magna Carta in support of the king. King John, however, grew suspicious of FitzGerold and ordered the castle's constable to hold the castle directly from the Crown. He also ordered the constable to defend the castle if FitzGerold tried to retake it. Both King John and Warin FitzGerold died in 1216. 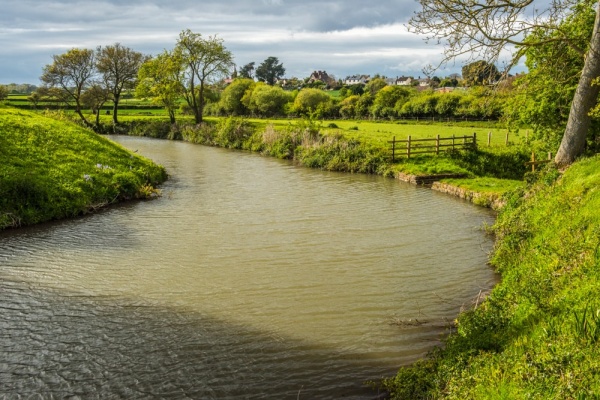 After Warin's death the castle passed to Fawkes be Breaute, husband of Margaret, Warin's daughter with Alice. Fawkes rebelled against the Crown and the castle was besieged by royal troops. The defenders held out, and it seems that the fortifications were repaired and strengthened in the wake of the siege. In 1224 the castle constable was ordered to cede the castle to the sheriff of Somerset.

The estate passed by marriage to Hugh de Neville of Essex by 1228 and in a twist, the Crown ordered Hugh to fortify the castle in 1234. Hugh's grandson, also named Hugh, rebelled in turn and was forced to surrender Stogursey. The castle passed through a bewildering succession of owners including the Archdeacon of Wells, Queen Eleanor, and the Percy Earls of Northumberland. It was later owned by Queen Catherine Howard and Queen Catherine Parr.

While in Percy ownership the castle played a minor role in the Wars of the Roses. In 1459 it was burned down by supporters of the Yorkist cause, and though the Percy's made a token effort to restore the fortifications, as the conflict died out they saw no need to put more money into the castle. 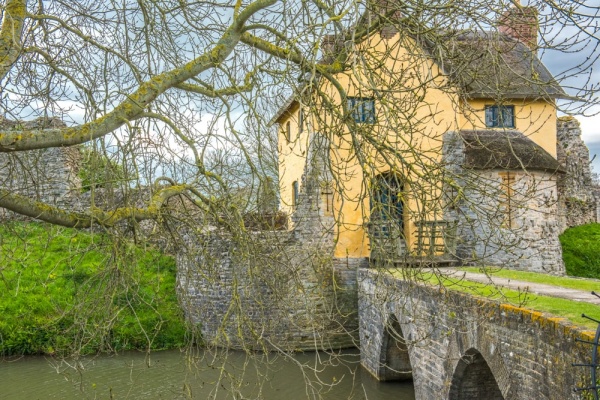 The drawbridge and gatehouse

In the late 15th century the castle was used as a centre of administration for the Stogursey estate and in the 1490s a new tower was built and other rooms added, such a wardrobe, prison, and domestic chambers including a nursery. Records show that the castle had a constable until 1530, but that is the last record of payment, and after the last constable the castle seems to have been left to decay.

By the late 16th century the castle was in a very poor state, and rabbits were raised inside the walls. In 1670 the Earl of Northumberland were forced to sell Stogursey Castle and 27 acres of land to offset debt. The castle was sold as part of a tenanted farm known as Mill Farm after the medieval mill on this site. The acreage was farmed but the castle itself was left to decay.

In 1981 the Landmark Trust purchased Stogursey Castle. The Trust restored the 16th-century timber-framed castle gatehouse and now rent it out as holiday accommodation. so if you want a truly unique holiday you can stay in a luxurious castle gatehouse, looking out over your own private moat. In the process of restoration, the Trust dredged the moat and discovered chainmail lost in the mud.

The castle today comprises a wide moat crossed by a modern reconstruction of the original medieval drawbridge, leading to the gatehouse. A curtain wall encircles the castle motte, with a circular tower opposite the gatehouse. The curtain wall is the oldest part of the castle, with stonework from the 12th century, though it appears to have been rebuilt in the 14th century. 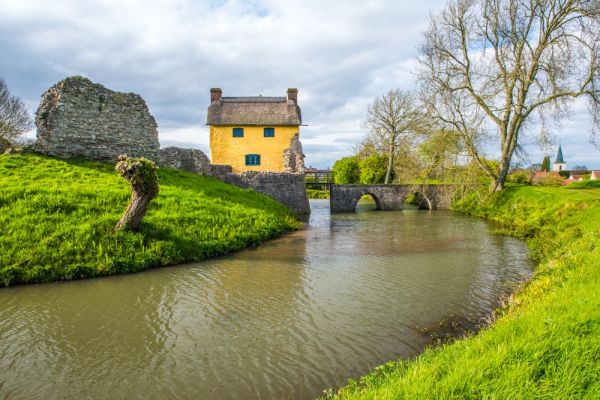 The moat, gatehouse, and reconstructed drawbridge

The tower is 13th century, and the gatehouse seems to incorporate another 13th-century tower. The 13th-century work may have been the result of the royal decree ordering Hugh de Neville to fortify the castle in 1234.

You can still see the remains of two medieval drum towers projecting from the walls that frame the gatehouse. The moat is 30m (almost 100 feet) wide.

Stogursey Castle can be reached off Castle Street, a very short walk from High Street and the parish church of St Andrew.

More self catering near Stogursey Castle