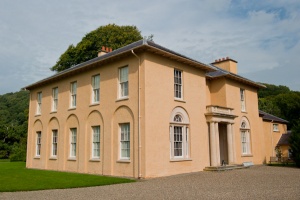 Ceredigion received its name from Prince Ceredig, son of the leader who reclaimed this area for the Welsh from the Irish invaders.

This part of the country still retains its strong Welsh roots and language. Geographically, it consists of two different but equally scenic areas, the Cardigan coast and the countryside.

The countryside spotlights beautiful landscapes of mountains, lakes, forests and rivers-many remote and sparsely settled. As a result, there are a number of unique habitats that attract rare species of wildlife, plants and birds. Among them is the rare red kite, a bird of prey considered to be the most agile flyer of all the European birds of prey.

Old drovers' routes lead over the mountains and provide views that reach south to the Brecon Beacons and north to Snowdonia. The narrow, twisty mountain road leading from Tregaron to Llanwrtyd traverses part of Ceredigion. Like all of Wales' mountain roads, it should only be driven in clear weather-for safety reasons and to take advantage of the view. 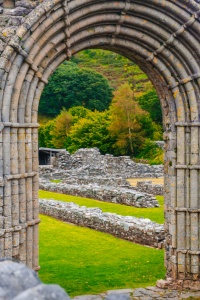 The scenic Vale of Rheidol road leads to the famous Devil's Bridge, 12 miles (19.3km) east of Aberystwyth. At this spot two rivers, the Rheidol and the Mynach, meet. The resulting series of waterfalls are over 300 ft. (91.5m.) high. Located in a wooded and rocky gorge, they are not easily accessible. Three bridges, built one on top of the other, cross the gully.

Strata Florida Abbey, located in a quiet and remote valley, was once the most important abbey in Wales. Its picturesque arch designates the burial place of several Welsh princes.

Ceredigion's coast is 50 miles (80.5km) long-much of it designated Heritage Coast. Towns, ports and small villages are strung along the bays, reflecting a seafaring and smuggling past. Beaches, boat trips and marine life provide entertainment. Many of the smaller villages are isolated at the bottom of narrow dead-end roads leading down steep clifftops. They are well worth a visit for those who don't mind the drive.

Easily accessible towns are also part of the picture. Cardigan is a very busy market town, serving a large agricultural community. Its long main street is lined with shops and hotels. It has 900 years of recorded history and boasts that it is the site of the first National Eisteddfod, held in 1176. It was once the second most important port in Wales. 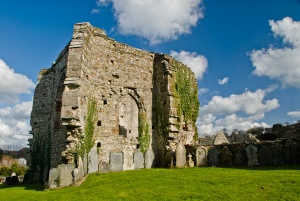 Nearby, the rugged ruins of 13th-century Cilgerran Castle stand on a high crag. It was made famous as the subject of a painting by J.M.W. Turner.

The Welsh Wildlife Centre and Teifi Marshes Nature Reserve, outside the village of Cilgerran, is a 265 acre (107ha) wildlife habitat There is a Visitor Centre with information panels. Trails lead to a spectacular gorge, water meadows, woodlands and the banks of the River Teifi. Over 130 species of birds, including the red kite, and over 20 mammals-otters, badgers, deer, water vole, water buffalo and others-call this area home.

Aberaeron is as picturesque a town as you could hope for. Its multi-hued terraced houses and shops are spread over several areas: across from a tree-lined, cobbled parking lot, on opposite sides of a wide green, and overlooking the water. Look for builders' trademarks, still in the keystones of many of the homes. St David was born near the town.

Further north Aberystwyth, a large bustling town, is host to the National Library of Wales and the University of Wales. The Library is a rich repository-over 5 million books-for the literature and culture of the country and houses both permanent and temporary exhibitions. One of the masterpieces of medieval literature, the Mabinogion, a collection of Celtic myths, is here. The library's hilltop location provides a view over the town and waterfront. 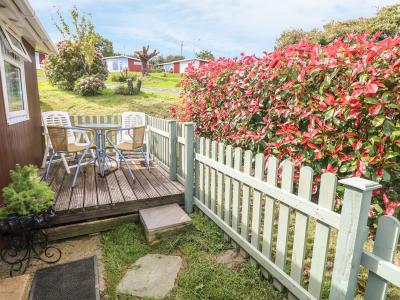 This cottage is located near the village of Llansteffan and can sleep five people in two bedrooms. The property can only accept 3 night bookings or longer
Sleeps 4 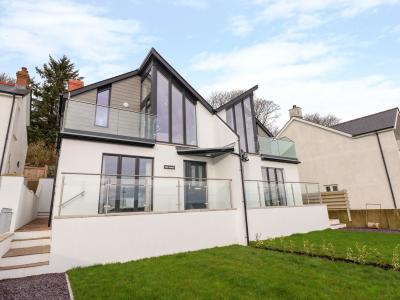 A semi-detached, new build property, located in the village of Goodwick in Pembrokeshire, it can sleep up to six people in three bedrooms.
Sleeps 6