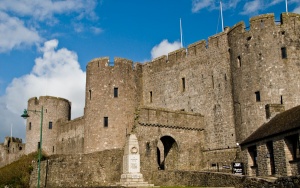 Pembrokeshire's coastal scenery makes it one of the most popular areas of Wales. Walkers flock to the 180 mile (290 km) long Pembrokeshire Coast Path. The Path traverses a variety of terrain-dramatic clifftops, isolated sandy beaches, spectacular seascapes and wide-open views. The entire route includes 35,000 feet (10,668 metres) of ascent and descent, quite a challenge for even the most experienced walkers.

Castle ruins and ancient burial sites offer fascinating historical architecture. Small villages and seaside towns dot the dramatic landscape. Many of the sheltered bays and inlets were once home to pirates, smugglers and ship wreckers.

Perched on the cliffside down a flight of stairs near one favourite pirate landing spot is a 6th-century hermit's chapel founded by St Govan. No one knows for sure why he came from Ireland to Pembrokeshire to preach and worship. The Church celebrated his life by marking March 26th as St Govan's Day. The chapel was built by his followers.

The Preseli Hills section of the National Park provides far-reaching views across to the sea. This area of high bleak hills was once the home of the ancient Celts. Today it is dotted with isolated farms and grazing sheep. One of the most spectacular megalithic monuments in the UK, Pentre Ifan, dominates a hilltop.

The offshore island of Skomer, a national nature reserve, offers a sanctuary for birds. 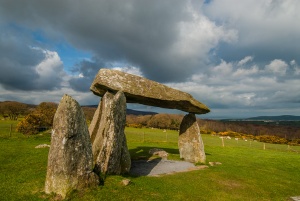 Tenby, popular since Victorian times, is a busy seaside resort with large sandy beaches and medieval walls. Here you can visit the 15th-century Tudor Merchant's House, run by the National Trust. The 15th century St Mary's Parish Church is reputed to be the largest medieval church in Wales. It began as a rebuilding of an earlier church in the 13th century. There are several elaborate tombs and memorials inside. The plain tower is located on one side of the chancel. The town's museum, sited on Castle Hill by the beach, tells the history of the area.

From Tenby take a boat to Caldey Island, home to monks for over a thousand years. Although the Benedictine monastery is closed to visitors, you can walk around the island and view a film on the abbey and visit the Parish Church of St David's. The ruins of an old church lie on the road to the lighthouse. There's a large "village" green with an assortment of shops. The beach is safe for swimming.

Carew Castle, set beside the tidal flats near Milford Haven has extensive and scenic ruins. It was the site of the last medieval tournament in Wales.

In the castle grounds is the Carew Cross (used as the symbol of Cadw) that commemorates Maredydd, an 11th-century ruler of the Kingdom of Deheubarth in southwest Wales. The 13 ft. (4 metre) high cross is considered one of the three finest in Wales. 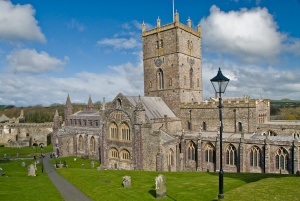 The 17th-century Carew tidal mill, the only intact one in Wales, is one of only four in Britain. It is set within view of the castle. Water spills over a causeway at high tide, then gates would be opened to let the water out, turning the 16ft. (4.87 metres) wheel. Inside the mill is an interesting display and a recorded commentary explaining how the machinery worked. The mill ceased operation in 1937.

The busy town of Pembroke boasts a large castle, medieval town walls, and the Museum of the Home, a privately run museum across from the castle. Over 3000 fascinating historical items are on display, including medieval lovespoons. Pembroke Castle was built by Roger de Montgomery in 1093 and rebuilt by the Earl of Pembroke, William Marshal, in 1189-1219.

Its large stone keep dominates the skyline. There are interesting displays on the history of the castle and the times in some of the rooms. After the town's surrender to Oliver Cromwell, the townspeople plundered the castle's stones to rebuild their own houses.

Fishguard was the scene of the last French invasion of British soil. On February 22, 1797, a small group of convicts landed nearby, proposing to conquer England. Legend states that they surrendered to a group of Welsh women dressed in black hats and red cloaks. A tapestry, completed in 1997, on display at St Mary's Church, tells the story.

Follow a twisty, narrow country road to Strumble Head's rocky coastline, with its lighthouse that provides unrivalled views over the water. 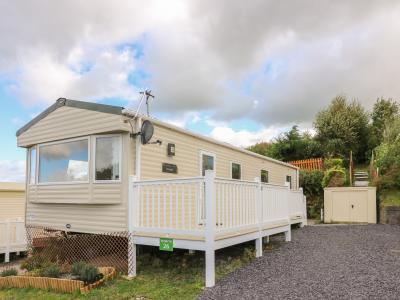 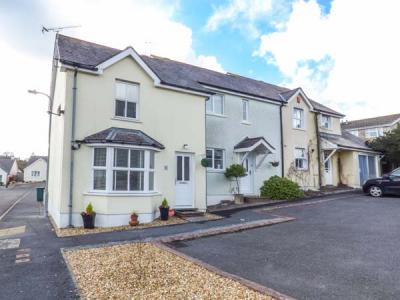