The Clarendon Code and Savoy Conference 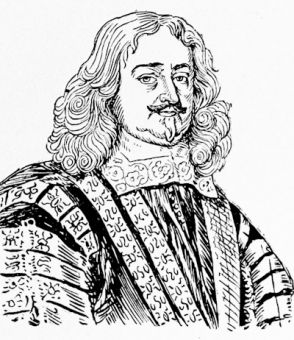 Edmund Hyde, Lord Clarendon, after the portrait by Loggan

The primary business of the Restoration was settled by the Convention. The acuteness of Charles and the shrewdness of his chief counsellor Edward Hyde, who was shortly afterwards made Earl of Clarendon, prevented it, by means of the amnesty and the land settlement, from being converted into a partisan triumph for the Cavaliers, while the disbanding of the Army removed all danger of armed insurrection.

On the other hand, the revenue settlement made it impossible, for the time at least, that the Crown should attempt to dispense with parliaments. But Hyde had successfully postponed one question of vital importance, the settlement of the religious problem. This was to be dealt with by a new parliament regularly summoned by the king, not by the Convention.

The Presbyterians were hardly nervous. They were carefully encouraged to believe that all would be well with them. There was to be a conference of divines as a preliminary to settlement, and in the meanwhile the king nominated leading Presbyterians among his private chaplains.

The Savoy Conference
But bitter disappointment was in store. The Savoy Conference, the meeting of the divines, came to nothing. The Royalist reaction in the country resulted in the return of a Parliament in which there was a great preponderance of Cavaliers, many of them young men whose sympathies were vehemently Anglican and anti-Puritan.

Clarendon himself was intensely Anglican. He had originally been prominent among the moderate Constitutionalists in the first days of the Long Parliament, and had led the resistance in the Commons to the Puritan attack upon the Episcopate and to the Grand Remonstrance. With Falkland he had joined the Royalists, had been a leading member of the councils of Charles I, and had remained the Chief Minister, if that term may be used, of Charles II during his exile.

Now, at the Restoration, he was not unfaithful to his old ideals. He was no advocate of absolutism, and his stiff solemnity made him distasteful to the Cavaliers, and especially to the court, which soon became notorious for its frivolity and licentiousness. But he was at one with the Cavaliers in the determination to restore the supremacy of Anglicanism.

The Clarendon Code
Clarendon's ecclesiastical policy took shape in the series of enactments which are known as the Clarendon Code. Already the spirit of the new parliament had made itself manifest. It restored the bishops to the House of Lords, and ordered the Solemn League and Covenant to be publicly burnt by the hangman, besides denouncing all levying of war against the king.

The Corporation Act
The first measure of the Code, which came at the end of the year 1661 was the Corporation Act, which required every member of a corporation to renounce the Covenant, to affirm that it was unlawful to take arms against the king, and to take the Sacrament according to the rights of the Anglican Church. The Corporation Act was followed up by the Act of Uniformity, which required every incumbent who had not already received the Anglican ordination to do so before St. Bartholomew's Day. Ordination was to be in future the condition of holding any ecclesiastical preferment.

The clergy were to declare their complete acceptance of everything laid down in the Prayer-book, and not only the clergy, but teachers of all sorts were to take the oaths required under the Corporation Act. An immense number of livings were now occupied by Presbyterians who had not received episcopal ordination. These men stood loyal to their convictions with a wonderful unanimity. More than two thousand of them resigned their livings, and the great Presbyterian body became a sect outside the established Church; that is, for the first time, the Nonconformists separated themselves definitely from the official ecclesiastical organisation.

The Conventicle Act
The expulsion of the Presbyterians from the pulpits which they had so long occupied might have been excused as a warrantable retaliation for the expulsion of the Anglicans under the Puritan regime, although at the best it was a manifestly vindictive measure. It was a severe blow to Nonconformity; still it left the Nonconformists free to worship as their own consciences prescribed. But two years after the Act of Uniformity came the Conventicle Act, which forbade, under severe penalties, all assemblies for public worship, under other forms than those of the Church, at which there were gathered more than four persons besides the members of the household. Still more outrageous was the Five Mile Act, which followed the devastations of the Great Plague which fell upon London in 1665.

The Great Plague
During that year more than a hundred thousand persons died beneath that fearful scourge. Multitudes fled from London; those who remained hardly dared to leave their houses lest they should come in contact with infection; still less would they dare to enter the house of their neighbour. In those terrible months the 'ejected ministers displayed a more splendid spirit of self-sacrifice than their Anglican successors, who failed in their dangerous duty.

The Five Mile Act
Fear that the Non­conformists would recover their ascendency drove the parliament to pass a measure which forbade any Nonconformist minister or teacher to teach in schools or to come within five miles of any corporate town or parliamentary borough where he had officiated, under penalties of fine and imprisonment, while substantial rewards were given to informers who revealed breaches of the law. As was always the case in England the excuse put forward was that Nonconformity was used as a cloak for sedition.