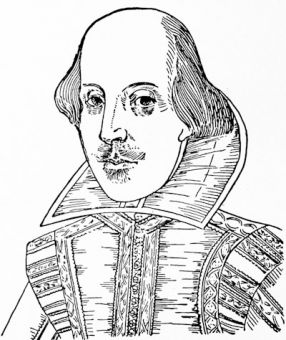 Drama
But it was in another field [beyond poetry and prose] that the mightiest triumph [of Elizabethan literature] was to come. The poetic glory of ancient Athens had lain in her drama, and the drama had retained its place in the front rank as a form of literary expression until Christianity dominated the Roman Empire. The Church prohibited it, but could not prohibit the instinct for dramatic representation. There­fore it turned that instinct to its own uses, sanctioning only the Miracle plays, Mysteries, and Moralities, which were intended allegorically to impress on the vulgar mind the superiority of virtue over vice.

But in this medieval substituted for drama, the essential matter was the pantomime, the dialogue was merely an accompaniment. In the early sixteenth century, when the ecclesiastical conventions were losing their authority, the Moralities were supplemented on the one hand by masques and pageants, which gratified the popular taste for gorgeous display, and on the other hand by a development of buffoonery, which the Church, in its consideration for the weakness of the flesh, had allowed as an accompaniment of its Sermons in Pantomime.

But at the same time, the revived study of the ancient literature and of the new literature to which it had given birth in Italy began to awaken an imitative tendency. The first English play was a comedy constructed by the schoolmaster Nicholas Udall for his boys to perform, adapted from a classic model, in the reign of Queen Mary; the first blank-verse tragedy, Gorboduc, was acted some three years after Elizabeth's accession. Companies of strolling players began to perambulate the country, though of the nature and quality of the plays they performed we have practically no knowledge.

The performances generally took place in a nobleman's hall or the yard of an inn, and some twenty years after Elizabeth's accession they had already become so popular as to seduce the errant youth of the metropolis from the due observance of their religious duties. The per­formers were expelled from the city, and, perhaps for this reason, began to localise themselves in permanent centres, and to construct playhouses.

Christopher Marlowe
Peele, Greene, and others, for the most part undisciplined young men who had enjoyed a university education, began to write for the players dramas of a higher literary standard; and in 1587 young Christopher Marlowe's terrific melodrama, Tamburlaine, was presented on the boards.

Tamburlaine does not itself rank as a great tragedy. Marlowe was but three-and-twenty, the same age as William Shakespeare. The only known canons of the tragic art were those laid down nearly two thousand years before by Aristotle. The English tragedians had still to arrive at canons of their own. But Tamburlaine was the work of one who, though he died before he was thirty, killed it is said in a tavern brawl, lived long enough to prove that his tragic genius was unsurpassed, though not long enough to consummate his artistic method.

In the year of Marlowe's death Shakespeare himself was certainly writing for the stage, and from that date, 1593, onwards, through the last ten years of Elizabeth's reign and through many years of that of her successor, there was no year which did not witness the production of a masterpiece, either of comedy or of tragedy.

We speak of the Elizabethan literature; but we do not generally realise that not one line of the great litera­ture associated with her reign was published until after the Armada. Until then Spenser and Marlowe had done only apprentice work. It would seem as if, down to that tremendous crisis, men's hearts and brains were absorbed in action. The fame of nearly all the' great men of action of the reign bad reached or was reaching its zenith in 1588; but if none of the English poets whom we call Elizabethans had survived that year, Spenser alone would be remembered today, and he only as an attractive minor poet.

Shakespeare
Even so in Athens of old, after the tremendous crisis of the Persian War, the triumphs of Marathon and Salamis were matched by the triumphs of AEschylus and Sophocles; they were the triumphs of the generation which was only maturing at the moment of the great crisis of national liberty. Of the great group of dramatists among whom Shakespeare stands supreme, some were altogether unknown until after Elizabeth's death; excepting Marlowe. None was heard of before 1593, and all lived far into the reign of James! Yet they are rightly termed Elizabethans, since they were all the offspring of the great outburst of national vitality in Elizabeth's reign.

Richard Hooker
Amongst Elizabethans must also be ranked Richard Hooker, whose Ecclesiastical Polity was mentioned in connection with the religious movements. An Elizabethan too was Francis Bacon, in genius second only to Shakespeare, to whom he was slightly senior. But the product of Bacon's powers belongs almost entirely to the following reign; before then he had only given the world a taste of his quality by the publication of his essays; and although he himself was a product of the Elizabethan spirit, he was in many respects rather the forerunner of the scientific age which was dawning than the glory of the poetic age in which he was bred.