Scotland in the Stuart Restoration 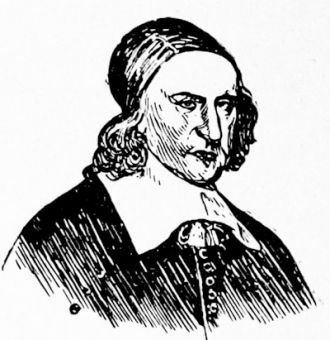 Archibald Campbell, Marquis of Argyll, from the portrait by George Jamesone

For Scotland the era of the Restoration was a period of storm and stress. In that country the return of Charles II. was to the full as popular as in England. The country in general had remained loyal to the theory of a monarchy, and clung to the royal house which had inherited the English Crown, although the sentiment of loyalty was combined with a deep-rooted insistence on the national religion.

Republicanism and incorporation with the Commonwealth had inevitably been accepted after the battle of Worcester; but the return of the Stuart king and independence of England were generally welcomed except by the extreme section of Covenanters, who were to be found for the most part in the western Lowlands.

Navigation Act
But Scotland had to pay a heavy price for the restoration of the monarchy and of national independence. She at once lost the commercial advantages of the Union. Her shipping had enjoyed all the advantages of the Commonwealth Navigation Act; and of these she was at once deprived by the Navigation Act of the Convention Parliament in England, which confined the carrying trade to English bottoms. Moreover, while in England the Restoration ostensibly established a constitutional government under parliamentary control, in Scotland it in effect established despotism.

The Resolutioners
Further, while the old despotism had been checked under Charles I by the alienation of the magnates from the Crown and their consequent alliance with the Kirk, the Kirk had now alienated the magnates, who had gone over to the Crown. Even the very large body among the clergy, of moderates who were known as Resolutioners, failed to make their influence practically felt with the Government.

Lauderdale  triumphant
There were few actual victims of the Restoration. Argyle was naturally singled out for vindictive treatment; his execution was legally inexcusable, though it was not difficult to regard it in the light of a just retribution for the death of Montrose. By the disappearance of Argyle the old Covenanters were left without a leader among the lay magnates.

After a short but sharp rivalry between the thorough-going Cavalier Middleton and the ex-Cove­nanter Lauderdale, the former was defeated, and Lauderdale secured the virtual control of the Scottish government, which he retained for nearly twenty years.

The 1661 Parliament
Like the English Puritans, the Scottish Covenanters had used their power too aggressively; in high places the reaction was complete. The clergy for the most part held to their principles, though some, like James Sharp, made haste to agree with the enemy while they were in the way with him. Sharp had been sent to London in the interests of Presbyterianism; he returned to Scotland a convert to Episcopalianism.

They wiped out all legislation subsequent to the bishops' wars, and left the religious settlement to the Crown. The Crown, which at the moment meant Middleton rather than Lauderdale, restored Episcopacy, and Sharp was made Archbishop of St. Andrews. Office-holders were required to denounce the Covenant and to affirm the doctrine of non-resistance. Broadly speaking the constitution of Church and State stood where they had stood thirty years before, but in both the power of the Crown was less assailable than it had been at the earlier date.

Against this system there was no national uprising like that which had produced the bishops' war. But in Scotland, as in England, the ecclesiastical settlement drove a large number of ministers to resign their livings for con­science sake; though the liturgy was not enforced, the principle at stake was the one always dominating Scottish ecclesiastical politics, spiritual independence. In the southwest the Covenanting spirit was roused to a stubborn defiance, whilst the laws against Nonconformity were enforced by the government even more rigorously than the Clarendon Code was applied by Cavalier magistrates in England.