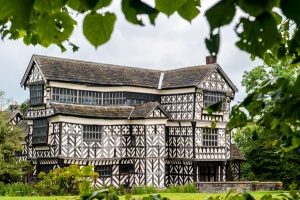 This region takes in several of England's largest metropolitan areas, with the cities of Birmingham, Liverpool, and Manchester. Manchester in particular has a reputation as a modern art and cultural centre.

Venture just a few miles outside these modern cities and you'll find reminders of England's heritage, like the striking half-timbered manors of Little Moreton Hall and Speke Hall.

If you like half-timbered buildings, you owe yourself a trip to Chester, where modern shops inhabit Tudor "black-and-white" structures. The entire county of Cheshire is known for the large number of half-timbered houses. Just outside Chester, with its Roman amphitheatre, is Tatton Park, a stately home surrounded by superb gardens.

South of Cheshire is the agricultural county of Shropshire, blessed with rolling green hills and excellent walks. The county town of Shrewsbury is the setting for the popular "Brother Cadfael" novels, and readers can enjoy following in the inquisitive monk's footsteps. 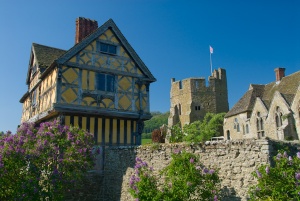 In the lovely town of Ludlow, the remarkable Feathers Inn shows what the Jacobeans could do with half-timbering - and visitors can explore Ludlow Castle, where the Princes in the Tower were kept before being taken to the Tower of London and (probable) death.

If castles and inns aren't your cup of tea, spend some time exploring The Potteries - where the English ceramic industry came to life. The centre of the pottery industry was Stoke-on-Trent, where you can visit in turn the busy workshops and museums of the Royal Doulton, Spode, and Wedgwood companies - and pick up a bargain at their "seconds" shops.

The Peak District National Park is superb walking country, and despite its proximity to Manchester and Sheffield, it contains pockets of peace and calm in its steep river valleys and moors. This is excellent walking country, a place to get away from it all for a while. But even in the park, history is never far away - Arbor Low stone circle near Bakewell is a large henge monument, and Haddon Hall in Bakewell itself is one of Britain's finest stately homes.

At Ironbridge see the first iron bridge in the world, erected in 1779 to span the River Severn. The bridge and surrounding area is now a World Heritage Site. If the Severn whets your appetite for things nautical, try renting a traditional narrowboat for a trip along the Shropshire Union Canal. 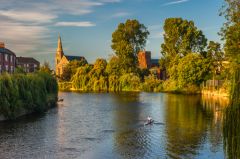 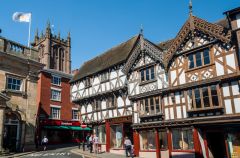 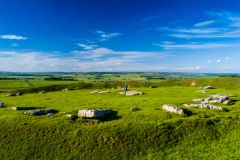 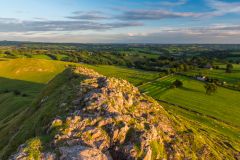 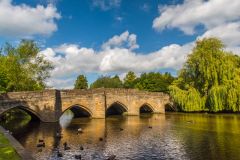 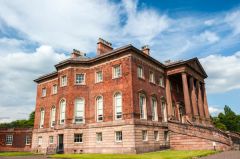 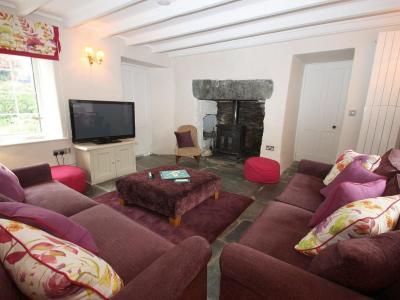 This charming traditional Cornish cottage is located just a short walk from the beach at Trebarwith and can sleep eight people in four bedrooms.
Sleeps 8 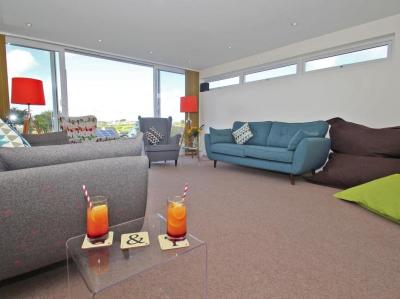 This modern family home is situated just beyond the beach at Crantock, and can sleep ten people in five bedrooms.
Sleeps 10