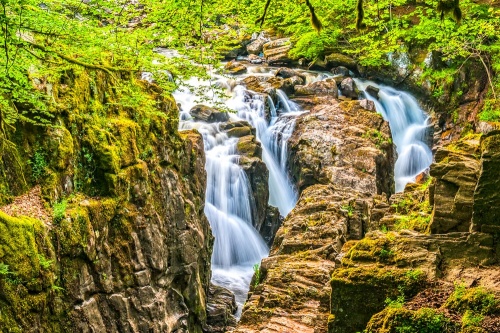 Black Linn Falls in The Hermitage

The Hermitage is one of the most picturesque of the countryside areas maintained by the National Trust for Scotland, The Hermitage is an area of 33 acres of conifer and deciduous woodlands and contains one of Britain's tallest Douglas fir trees. A romantic folly built in 1758 stands above the wooded gorge of the River Braan and offers views of Black Linn waterfall.

The Hermitage was created by the Dukes of Atholl as an addition to the landscaped pleasure grounds of nearby Dunkeld House. The wild woodland was intended to create a contrast to the more civilised landscape of the gardens closer to the house.

Beginning in 1757 successive generations of Dukes planted trees to embellish and enhance the natural landscape along the River Braan.

The sheltered valley and good soil allowed the trees to flourish, especially Douglas firs, which were planted here as early as the 1860s. These trees have grown to provide what the National Trust for Scotland calls 'cathedral-like groves'. 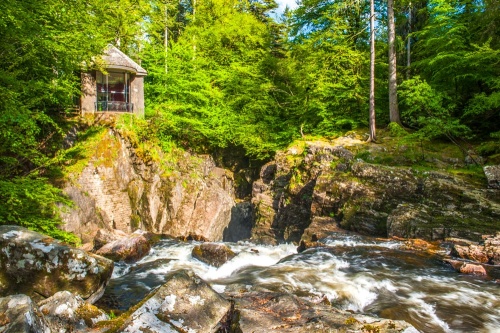 Ossian's Hall looks down on the Black Linn falls

The beauty of The Hermitage made it one of the first tourist attractions in Scotland and a popular stop on the grand Scottish tour. From its conception the forest has attracted artists, poets and writers like William Wordsworth and JMW Turner, as well as composer Felix Mendelssohn.

There are several circular walks through The Hermitage. These are shown by colour coded trail markers beginning from the main parking area just off the A9. The easiest trail to follow is just over a mile in length and follows the River Braan, past Black Linn falls to Ossian's Cave, a fanciful grotto, before looping back through woodland to the main car park. 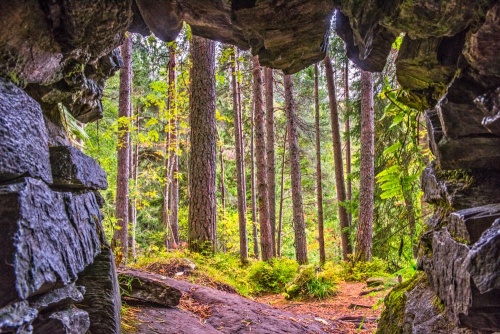 Looking out of Ossian's Cave

There are several excellent viewpoints along the trail, including Ossian's Hall, a neo-classical folly overlooking the waterfall as it plunges through a narrow chasm. Ossian's Hall was intended to astonish the Duke's visitors, leading them through the rustic building to emerge sddenly at a viewing platform over dramatic falls.

This 'shock and awe' approach to suddenly revealing a dramatic view was frequently used in picturesque planned landscapes of the 18th century. You can see another example at the Acharn Hermitage on Loch Tay, where the Earl of Breadalbane built an underground passage that emerges suddenly into the light to provide views of a waterfall.

Ossian's Hall has been restored with striking mirrored panels and modern artwork creating a very dramatic interior, reached through a door with a secret handle. These modern additions attempt to recreate the Duke's original aim of creating a sense of drama and amazement for visitors.

Beside Ossian's Hall is a pictureque single-arch humpback bridge over the river, with a pedestrian arch on one side allowing better views of the waterfall. Below Black Linn Falls is a cedar of Lebanon planted over 235 years ago by the Duke of Atholl, making it one of the oldest trees in The Hermitage. It was probably planted at the same time as the bridge was built.

Across the river is a Douglas fir reaching 212 feet high (64.6m), making it among the tallest trees in Britain. The tree began as a self-sown seeding from the first Douglas firs planted in the Hermitage around 1860 as a timber crop. Three of the original fir trees remain.

The Hermitage plantation was heavily harvested during WWI to use the wood for making pit props used in coal mining and sometimes in trench warfare. In the 1920s the woodland was replanted with Douglas firs, Norway spruce and Scots pine, creating the magnificent tall trees we see today.

Further up the river is Ossian's Seat, a peaceful spot beside the river, and from there the trail loops around to the grotto of Ossian's Cave, which looks rather like an 18th-century icehouse with windows. 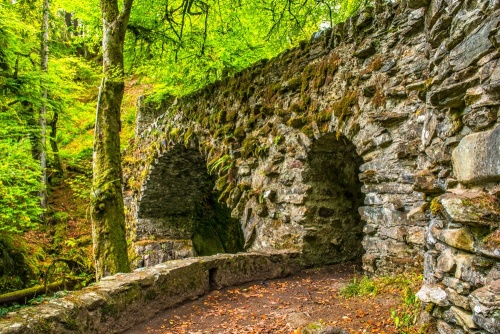 The name Ossian appears multiple times when describing The Hermitage. But who was Ossian? Well, here's where things get a bit tricky. In 1760 the Scottish poet James Macpherson published a cycle of epic poems which he claimed to have gathered from original word-of-mouth Gaelic folklore.

The poems were said to have been written by Ossian, or Oisin, the son of the legendary Irish hero Finn McCool (Fionn mac Cumhaill), and Ossian himself was a major character in the poems.

The poems were incredibly popular and helped inspire the Romantic movement and a rebirth in Gaelic poetry. But did Macpherson simply record and translate the poems as he claimed, or did he actually write them himself, based on old folk tales?

The answer is probably the latter, but in any case both the character of Ossian and his stories were very much in the public eye at the time when the Duke of Atholl was creating The Hermitage.

One of the most unusual woodland features of the Hermitage is an authentic North American totem pole, custom crafted by members of the Squamish Nation of Canada from a Douglas Fir grown in The Hermitage.

The woodland is largely deciduous and offers wonderful colour is the autumn. Access is easy and the most popular circular route is pretty easy going, even for those with limited mobility. We very much enjoyed our walk through the Hermitage - in fact, I held everyone up because I couldn't stop taking photos of the waterfalls and trees! 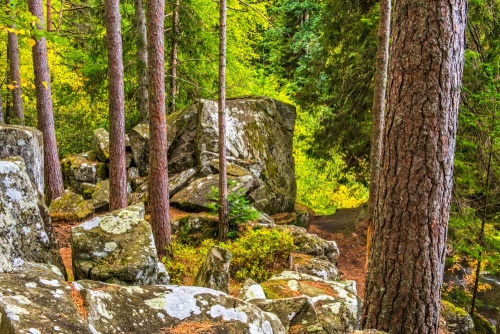 The Hermitage is signposted off the A9 immediately north of Dunkeld (technically it is west of Dunkeld because the road bends). There is a large and very well-signposted parking area. Beside the parking area is an information panel and map of the site.

A longer trail extends to Rumbling Bridge and the abandoned village of Tomgarrow, while the even longer Inver Walk goes through Craigvinean Forest and follows the River Tay past Neil Gow's Oak before reaching the River Braan at Inver and returning through The Hermitage woodlands to the car park, a distance of 5 miles (8km). 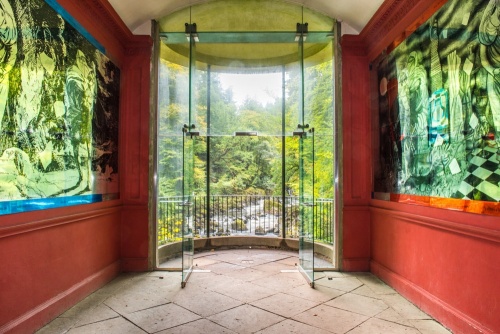 The restored interior of Ossian's Hall 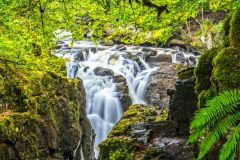 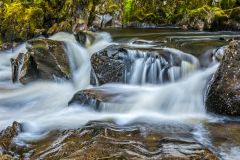 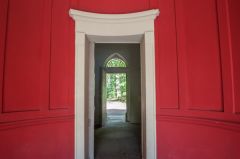 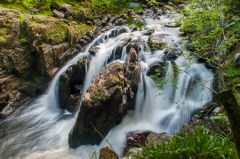 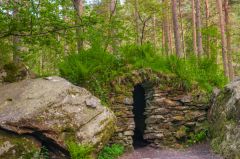 Nearest Accommodation to The Hermitage:

More self catering near The Hermitage >>

More Hotels near The Hermitage >>

More bed and breakfasts near The Hermitage >> 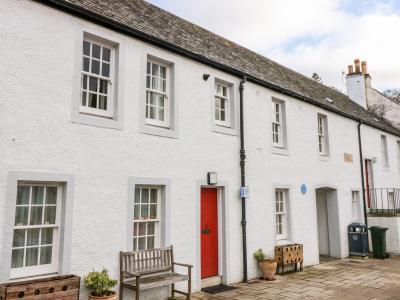 This historical apartment rests in Dunkeld, Scotland and can sleep four people in two bedrooms.
Sleeps 4 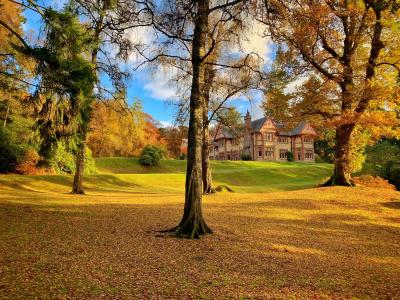