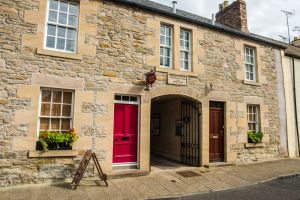 A small local museum in Coldstream's historic market place traces the history of the area and includes a special exhibition on the famous Coldstream Guards regiment.

The museum stands on the site of the building where General Monck stayed in 1660 before he marched south with the Coldstream Guards to put Charles II on the throne.

Isabella Pringle (or Hoppringle) was one of three sisters to serve as Prioress of Coldstream. She came from an important noble family and was related to the powerful Hume family. In 1509 Prioress Isabella was granted special permission by James IV to entertain up to a dozen English people at the Priory at any one time. She also received permission to communicate with her guests during times of war and of peace. This extraordinary leniency made the Prioress exempt from ordinary restrictions on communicating with the English. Why did the king give Isabella so much leeway?

Coldstream was often the first point of contact for English ambassadors entering Scotland, so it made sense for the Scottish king that the Prioress was on good terms with the English

After the Battle of Flodden in 1513, where James tragically lost his life, Prioress Isabella helped arrange for many Scottish nobles to be brought to Coldstream for burial. She then developed a close friendship with the dead king's widow. Through this contact, she became allied to the 'English Pary', a group of Scottish nobles who wanted closer ties with England. Henry VIII recognised her value when he placed the Priory under his protection during English raids in 1515 and 1523. She returned the favour by informing the English crown of plans to marry the young James V to a French princess.

There is also a changing programme of temporary exhibits with local interest. One recent exhibition explored the farming heritage of Berwickshire since 1700, looking at how farming has changed over the centuries, from the invention of the iron swing plough by a local man named James Small, to a permaculture forest garden launched in Coldstream.

Another exhibit looks at the story of the Coldstream Free Bible Press. The Press was the brainchild of Rev Adam Thomson, minister of Coldstream Parish Church from 1806-1861. Thomson objected to the fact that the printing of Bibles was a monopoly held by the universities of Cambridge and Oxford and the royal printer in Scotland. He thought that Bibles should be cheap and easily available to all. He helped break the Bible printing monopoly by founding his own press in a building across the market place from the museum. In 1845 the press published 178,200 Bibles and employed 100 local people. The Press finally closed in 1851 and the building was torn down in 1983.

In the entrance courtyard to the museum is a display of traditional hunting and fishing gear, including a salmon leister, a form of barbed fork on a pole. Nearby is a 'mantrap' used for catching poachers. One unusual item is 'Old Charlie's Leg', part of a statue to Charles Majoribanks MP. The statue stood atop a 70-foot-high column that is still visible all over town. The original statue was struck by lightning and shattered in 1873. 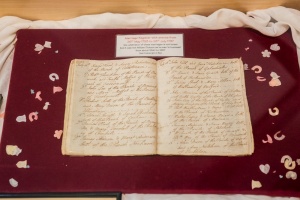 The Coldstream Guards are the oldest regiment in continuous active service in the Regular Army. The regiment was founded by General George Monck in 1650. Oliver Cromwell gave Monck permission to create his own regiment to serve as part of Cromwell's New Model Army. At the end of the Commonwealth General Monck threw his support behind the Stuart cause, and the Coldstream Guards marched to London and helped restore Charles II to the throne.

In a famous episode the regiment laid down their arms as part of the New Model army and immediately took them up again as part of the royal regiment of The Lord General's Regiment of Foot Guards. The Regimental motto is Nulli Secundus (Second to None), a reminder that it is older than the senior army regiment.

This special area of the museum traces the history of the Guards regiment from its origins in 1650, through the major conflicts it has served in over the past 350 years. See regimental colours, weapons, honours, and uniforms.

The museum is set in the Market Place, just off the High Street. It is usually open from Easter through October, and is free to enter. 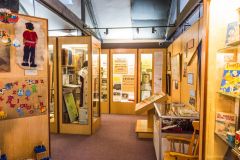 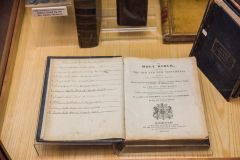 More self catering near Coldstream Museum >> 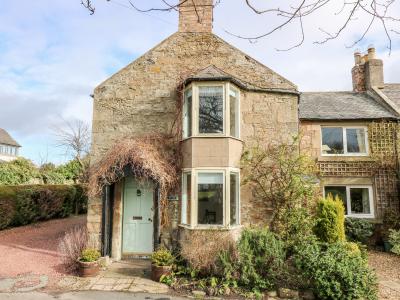 This end-terrace dwelling situated on the outskirts of Coldstream, houses two bedrooms and can sleep up to five people.
Sleeps 5 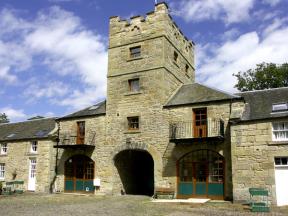 This impressive stable block has been sympathetically renovated into a fantastic property, overlooking a courtyard in the pretty border town of Coldstream and sleeps up to eight people.
Sleeps 8