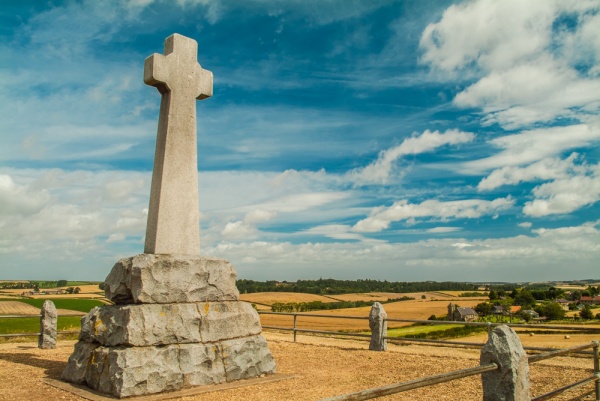 The farm fields near Flodden, on the border between Scotland and England, incorporate the site of one of the most fateful battles in the long history of conflict between the Scots and English in this part of Northumberland.

The Battle of Flodden, also known as the Battle of Branxton Moor, took place on 9 September 1513, and saw the forces of James IV of Scotland crushed by English under the command of the Earl of Surrey.

A large memorial cross marks the battlefield site, and there are interpretive panels at several places around the perimeter of the site, telling the tale of how the battle unfolded. There is also a waymarked path covering almost 2 miles, allowing visitors to take in several of the most important locations. 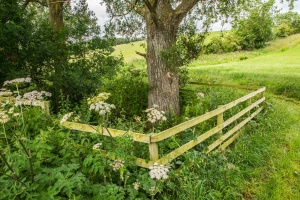 At the top of Piper's Hill stands a granite cross known as the Flodden Monument. The memorial to the dead of Flodden was erected in 1910 by public subscription, after a campaign by the Berwickshire Naturalists Club. The site chosen for the cross was the traditional location where King James of Scotland is said to have died, however more recent historical investigation suggests that the actual site where James died is 400 yards south of Branxton, close the minor road at the foot of Branxton Hill. On the monument is a simple inscription 'TO THE BRAVE OF BOTH NATIONS.'.

The Flodden Battlefield Trail starts at the Flodden Monument. It leads through the ground held by the English central division, then heads over Howard Ridge, into the valley where the Scots and English engaged in fierce hand-to-hand combat. The trail climbs the slope of Branxton Hill to the place where the Scottish centre was stationed. It then turns east along the Scottish front to King James' position, then back down the hill into the valley known as the Killing Fields, passing by the site where King James fell.

Following the Battlefield Trail is a fascinating experience. The Remembering Flodden Project has done an outstanding job with interpretation panels explaining how the battle unfolded. Even though the landscape has changed over the centuries you can still easily follow the development of the battle and see what a strong role the geography of the site played in the eventual outcome. The Trail took me about 90 minutes to complete.

The trail passes Branxton's parish church, where King James' body was taken after his death. Though the church was heavily restored in the Victorian period there are still many features that would have existed in 1513. It is usually open daily and you can purchase guidebooks to the battlefield site inside the church. 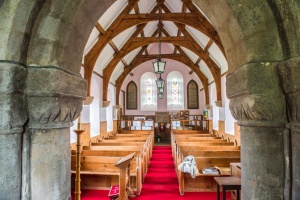 King James was laid to rest in Branxton church

The Battle of Flodden

James IV was married to Henry VIII's sister Margaret, but Scotland had a longstanding alliance with France. when Henry VIII invaded France in 1513 James held to the alliance and raised an army to invade England. His am was not conquest, but to force Henry to withdraw from France.

The Scottish army was armed with French long pikes, a useful weapon against cavalry but useless in close combat. The Scots were devastated by the English foot soldiers, and as many as 5000 were killed, including King James and many of his nobles.

Most died in the shallow dip known as the Killing Field; then an area of marshland. The thick mud of the marshes created poor footing, where the long pikes used by the Scots were impossible to wield. In just a few hours some 14,000 men lay dead or dying on the Killing Fields, a worse rate of slaughter than the WWI Battle of the Somme.

For a full account of the Battle of Flodden, its causes, and aftermath, see the Flodden article in our British Battles section.

I arrived at the battlefield on a gorgeous summer's day, when the only sound was the chirping of birds and the whisper of wind through the heavy grain. It seemed a world away from the dreadful slaughter of the battle. It was hard to look across those peaceful fields and realise that here in 1513 one of the bloodiest battles in British history was fought. Visiting the battlefield was an extremely moving experience. 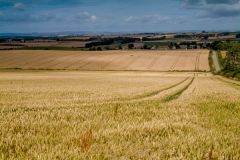 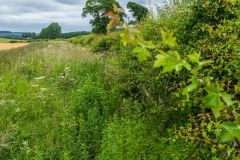 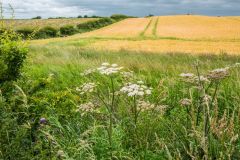 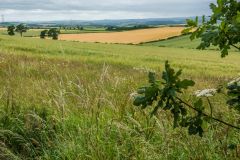 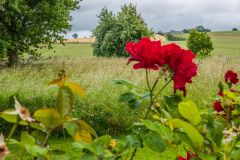