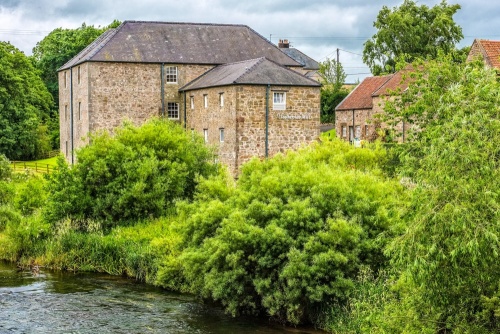 Heatherslaw Corn Mill and the River Till

The River Till runs from its source in the Cheviot Hills, then winds its way north towards its confluence with the River Tweed and the Scottish border. On its way, the river passes the castles of Ford and Etal.

At Heatherslaw, between the two castles, the river drops over a rock ledge. The force of the water makes this a perfect spot for a mill, a fact recognised as early as the 14th century.

The power of the Till is the subject of an old rhyme:

Tweed said to Till:
'What makes you run so still?'
Till said to Tweed:
'Tho' ye run with speed
and I run slaw,
Yet where you drown ae man
I drown twa'. 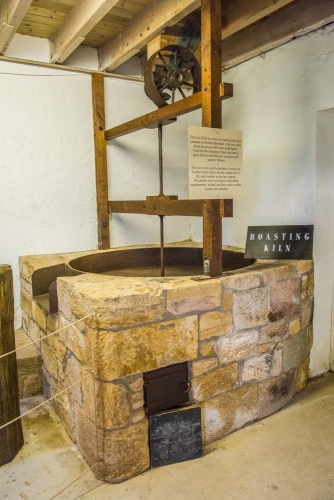 There was a mill at Heatherslaw at least as early as the 13th century, but the first documented mill comes from 1306. The first known miller was Nicholas Graham's widow.

Another document of 1376 mentions a 'new water-mill' that was sold by William Heron of Ford to his son William, William Flixborough, the rector of Ford church, and Thomas Raynes. The Herons were owners of Ford Castle.

Curiously, the mill is not mentioned in any historical records for another 400 years. The tumultuous history of the border region must account for some of that historical silence. Yet it seems that despite the regular strife that overwhelmed the region, the mill at Heatherslaw continued to grind grain throughout the medieval period.

The next we hear of the mill is 1768 when the owner of the Ford Estate was Sir John Hussey Delaval. Sir John purchased a large tract of land at Heatherslaw and immediately rebuilt the mill as a 'double-mil'; one roof over two separate mills. Sir John spent the remarkably high sum of £600 - a fortune at the time - reconstructing the mill.

He also erected a Forge Mill on the east bank of the river to make spades and agricultural tools. 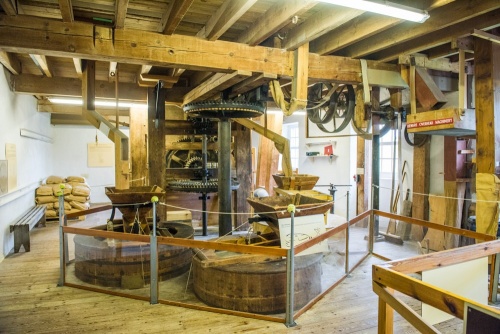 The 18th-century mill was much smaller than the present mill building. It used a pair of exterior waterwheels, with the upstream wheel outside of, and overlapping, the downstream wheel.

By the early 19th century the Heatherslaw area was a beehive of activity, with thirty dwellings and seven water wheels in action. The mill in its present form was built around 1830 when the mill was owned by Sir John's granddaughter Susan, who was married to the 2nd Marquess of Waterford.

Under Waterford ownership the mill was enlarged to three-storeys high, with a double-pitched roof protecting two separate mills. A granary was added to the north side of the mill building. The two mills stood side by side, each fed by its own mill race and powered by its own waterwheel.

Each mill had three sets of horizontal grinding wheels and a vertical stone for polishing pearl barley. 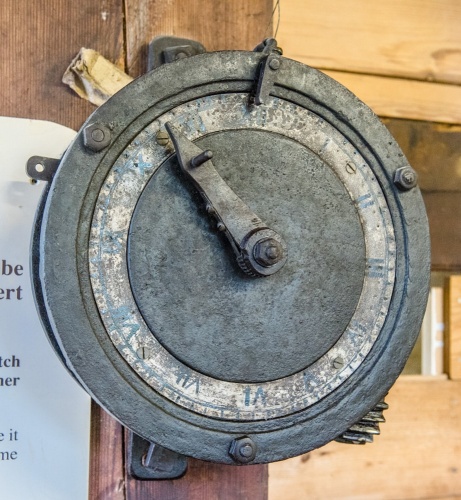 The Black family operated the Corn Mill and the forge Mill across the river for most of the 19th century. The major mill customers were farm labourers on the Ford Estate, who received some of their wages in the form of ground corn.

The mils thrived through most of the 19th century but an agricultural depression in the 1880s caused a dramatic fall in prosperity. The once-thriving community of Heatherslaw became little more than a ghost town. The mill kept going until 1949, then quickly fell into decay until the Heatherslaw Mill Charitable Trust stepped in in 1972. The Trust gradually repaired the milling machinery and transformed the mill building into a museum, shop, and tea room.

The Mill as we see it today is really a building in two parts. The Lower Mill has been left as it was before restoration, showing parts of the milling process that otherwise would not be seen.

The Upper Mill, by comparison, has been restored to full working order. Outside the mill, on the uphill side, is the Low Kiln, a traditional roasting kiln common in Northumberland. Kilns like this were used to roast oats and peas to produce 'lackel meal', or 'crowdie', a traditional breakfast for farm workers.

Look for a mark on the wall next to the Low Kiln, showing the height reached by floodwaters on 13 August 1948, when the river rose 1.35 metres above the basement floor level. Workmen managed to move 50 tons of barley from the basement to the upper floors just before the waters reached the grain stores. 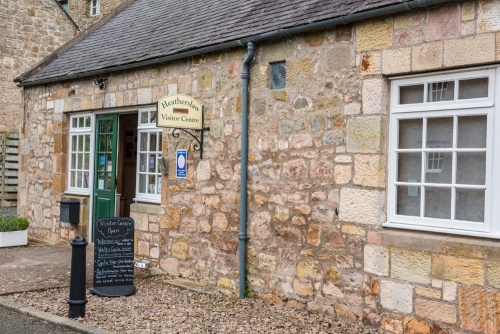 The heart of the mill is the middle floor, known as the Stone Floor. The Stone Floor houses three pairs of millstones. Two pairs are made of French Burr stone - an extremely hard natural stone - and were used for grinding wheat. The third pair is made of Derbyshire Peak gritstone and is used to grind oats.

Look for the Timing Clock used by the miller to judge how long to polish barley. The clock does not measure time, but the number of revolutions of the grinding mechanism.

Most of the mill's outbuildings date from around 1770 and have been fully restored. One of these outbuildings is now the Heatherslaw Bakery, which uses freshly ground flour from the mill to create a tempting display of cakes, biscuits, and bread.

Another of the outbuildings, the High Kiln, is now a grain store, and the Old Malting House is now a tea room. another of the restored 18th-century buildings is a local tourist information centre where you can get tourist maps and brochures.

The Mill is signposted off the B6354 between Ford and Etal. Take the same turning as for the Heatherslaw Light Railway. There is a small parking area on the east bank of the River Till, and from there you proceed on foot over the river by way of a narrow footbridge built in 1877 by Lady Waterford. 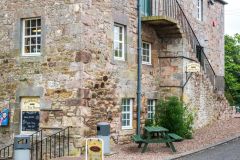 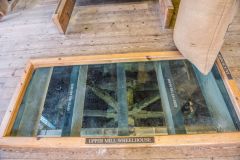 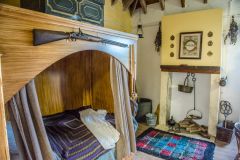 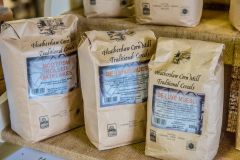