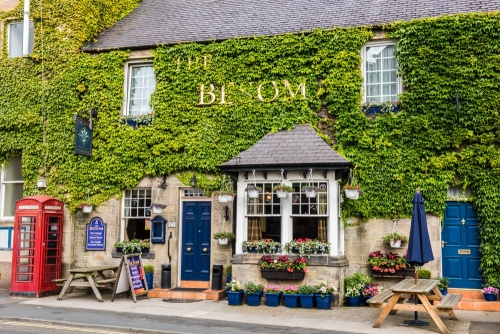 The pretty Scottish town of Coldstream lies on the north bank of the River Tweed in Berwickshire. The town grew up around an important river crossing; the lowest point where the River Tweed can be safely forded.

Unfortunately, the very thing that prompted the settlement of Coldstream to grow - the river crossing - also put it directly on the route of English and Scottish armies marching across the border during the centuries of conflict between the two countries. As a result, Coldstream frequently suffered during times of trouble between the two nations.

The town gave its name to the Coldstream Guards, the regiment that famously marched from here to London to launch the Restoration of the Monarchy in 1660. 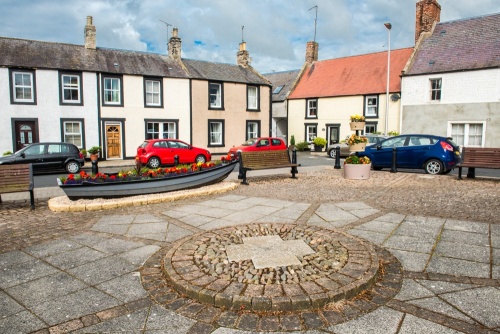 Coldstream is also the largest town near the Flodden Battlefield site. Each year the town holds at Civic week celebration, which includes a ride to the battlefield to mark the pivotal battle in 1513 where King James IV of Scotland lost his life.

As you explore Coldstream you will notice road names like Abbey Road, Penitents Walk and Nun's Walk. The names act as reminders of Coldstream Priory, a 12th-century Cistercian monastery that stood near the market square.

The historic centre of Coldstream is preserved as a conservation area, with some 97 listed buildings. 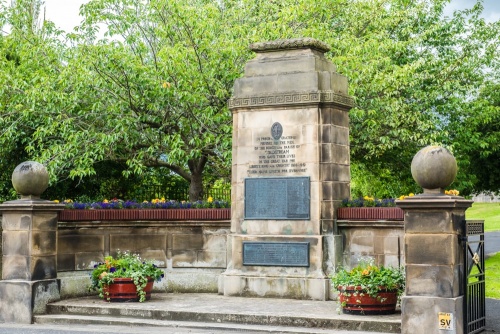 At the eastern edge of Coldstream, the A698 to Cornhill on Tweed is carried over the River Tweed by a beautiful 18th-century bridge designed by John Smeaton for the Tweed Bridges Trust. The bridge was erected in 1763 and spans the river on seven arches; five main arches and two flood arches.

Smeaton was well aware of the possibility of flooding so he provided the bridge with flood relief holes between the main piers. Smeaton also designed the toll house at the northern end of the bridge.

On the south side of High Street is Henderson Park, a public green space with a viewpoint offering outstanding views south and east over the River Tweed. The centrepiece for the viewpoint is a memorial erected to mark the 300th anniversary of the Coldstream guards in 1960.

The memorial is in the form of a rough stone obelisk inscribed with the badge of the Coldstream Guards and the inscription:

'This stone was presented to the Burgh of Coldstream by the Coldstream Regiment of Foot Guards on the day on which they were proud to receive the freedom of the Burgh, 10th August 1968.

It was from near here on 1st January 1660 that General Monck crossed the River Tweed to start his march on London culminating in the restoration of King Charles II'. 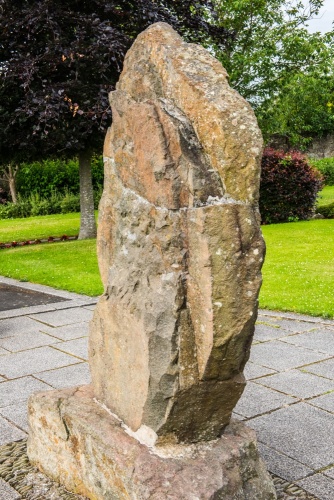 The park gets its name from the fact that it was created from the former tennis court of Dr Henderson and was named in honour of the doctor and his family.

A short stroll west along the High Street from Henderson Park brings you to the Marjoribanks monument, erected by the people of Coldstream in honour of John Marjoribanks of Lees, Baronet, in thanks for his role in bringing running water to the town in 1852. Affixed to the monument is a plaque commemorating the visit to Coldstream of poet Robert Burns, who came here in 1787.

On the opposite side of the street is the Coldstream Community Centre, occupying the redundant church of St Cuthbert. The first church here was built in 1768. It was rebuilt in 1806 and then again in 1907 giving us the building we see today.

Another High Street landmark is Coldstream Parish Church, built in 1718 and boasting a distinctive square tower. The tower and west entrance are original but the rest of the church was rebuilt in 1905. Inside the church hang the King's and Regimental colours.

Look for a memorial plaque to Rev Adam Thompson, founder of the Coldstream Free Bible Press. The Press revolutionised publication of the Bible in Britain, breaking a monopoly held by the Oxford and Cambridge presses in England and the King's printers in Scotland. 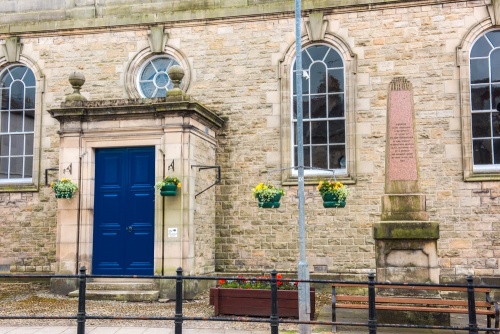 The parish church and Marjoribanks monument

Further west along the High Street is a very impressive war memorial decorated in Grek style. It was built to honour the dead of WWI but a second plaque was added after WWII.

On Victoria Street, just off High Street, is the Eildon Centre, notable for its striking clock tower. The Centre began in 1846 as the Free Church and was later renamed the Rodger Memorial Church in memory of its first minister Alexander Rodger. The tower with its multiple clock faces was added in 1891. The church merged with the Coldstream West Church in 1950 and is now used for functions. It does at first glance look like it ought to be the town's Tolbooth, as the clock tower is so prominent.

From High Street, if you turn south onto Market Street you will come to a wide, open space that once served as the town's market place. A cross set into the cobbled surface in the centre of the square marks the spot where the market cross stood.

From the market place, it is a stone's throw to the Coldstream Museum, housed in the building where General Monck stayed before beginning his famous marc south to London to restore the monarchy.

This outstanding local museum looks at the heritage of Coldstream and the surrounding area, with exhibits covering the Coldstream Guards, Coldstream Priory (whose abbess served as an English spy), the Coldstream Bible Free Press, and displays of agricultural tools. Look for 'Old Charlie's Leg', part of a statue to Sir Charles Marjoribanks MP before the statue was struck by lightning and shattered in 1873. 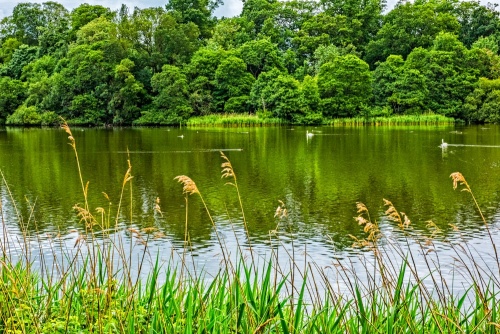 The Hirsel Estate and Homestead Museum

On the edge of the town and easily reached on foot is The Hirsel Estate, a 500-acre park once owned by the Home family. The most famous member of the family was Alec Douglas-Home, the 14th Earl, who served as Prime Minister in 1963.

Trails lead through the estate, around manmade lakes, and past the mansion house where the Home family still live. The parkland was laid out as a landscape garden in 1789 by the 10th Earl.

In the estate's historic stable block you will find the Homestead Museum, where exhibits recreate local crafts and occupations such as joinery, taxidermy, blacksmithing, and life on the River Tweed. The museum also showcases archaeological finds discovered at Coldstream, including early Christian grave markers and a medieval stone coffin.

A few miles from Coldstream is Bughtrig Gaden, a lovely hedged garden combining herbaceous borders, shrubs and specimen trees. The garden incorporates an area planted in memory of Admiral Sir Bertram Ramsay, the grandfather of the present owner.

Coldstream is a delight; a beautiful border town rich in history and full of interest. 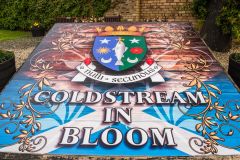 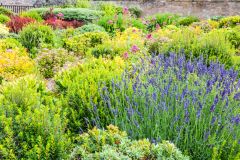 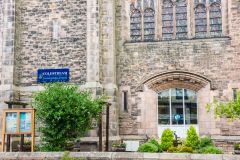 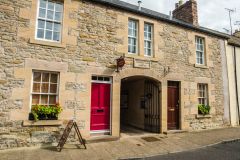 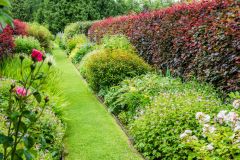 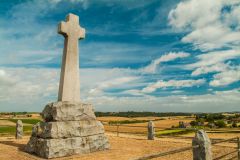 About Coldstream
Address: Coldstream, Borders, Scotland
Attraction Type: Town
Location: At the junction of the A697/8 and the A6112 about seven miles north-east of Kelso and nine miles west of Berwick.
Website: Coldstream
Location map
OS: NT843398
Photo Credit: David Ross and Britain Express

More self catering near Coldstream

More bed and breakfasts near Coldstream

Self Catering near Coldstream