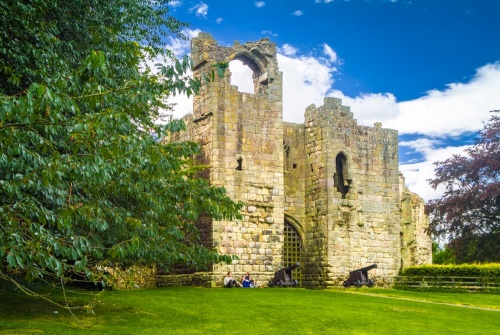 Etal Castle stands beside a ford across the peaceful River Till, near the Scottish border with Northumberland. In 1341 Robert Manners was granted a license to crenellate, and the result was the second quadrangular castle to be built in Northumberland. Manners built a sturdy tower house within a barmkin, or enclosure wall, with earthwork defences running down to the river. 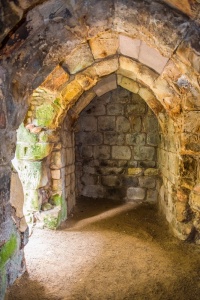 The curtain wall was entered through a strong gatehouse and defended by a corner tower. It seems almost certain that the tower house was already fortified when Manners received his license from Edward III, and the permission to crenellate really meant that he could extend the existing fortifications within a stone curtain wall.

The wall is intriguing; it was never more than 1 metre thick, which seems rather inadequate for its intended purpose. By contrast, the gatehouse is a statement of power; it stands two storeys, with a central vaulted passage. Twin towers flank the opening at the front and extend beyond the entrance to offer protective crossfire. Above the entrance arch is the coat of arms of the Manners family.

If the gatehouse is still impressive, the corner tower is not; it has collapsed and only the ground floor remains intact, with a rib-vaulted chamber supporting a wooden loft. Apart from the gatehouse, the best-preserved part of Etal is the tower house, which stands to four storeys. Entry was through a forebuilding at ground level, but this has collapsed. The tower had rooms for storage, a kitchen with a large fireplace, a hall, and a private solar for the lord of Etal or his constable.

Despite the castle's location on the border, the Manners of Etal seem to have been more concerned about feuding with their neighbours, the Heron family of Ford Castle, rather than the threat posed by raiding Scots. The feuding culminated in a siege of Etal in 1428. The Manners seem to have abandoned Etal after the siege, leaving it in the hands of the castle's hereditary constables, the Collingwoods. 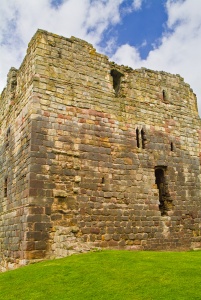 There would have been a large number of ancillary buildings within the curtain wall, such as kitchens, stables, and a brewhouse, but only foundations of these remain. They were likely built of timber, and fell into disrepair quickly, which explains a report from 1541 that they 'became ruinous and fallen to the ground'.

For Etal was not to enjoy long use. In 1513 James IV of Scotland captured Etal during his ultimately futile attempt to invade the north of England. Shortly afterwards James met a crushing defeat at the Battle of Flodden, which took place only 2 miles to the south-west.

An exhibition within the castle tells the story of Flodden and the turbulent history of the border region. After the battle government troops garrisoned Etal Castle, but they must not have stayed long, for a report in 1564 declared the castle uninhabitable.

This was one of my favourite historic places in the border region. The location is fantastic; Etal village is a delight, with a pretty thatched pub a short stroll from the castle gate, and the quiet river Till meandering by. The castle is not as complete as, say, Aydon Castle, but it is still a delight to visit. If you have time, take the short trip the battlefield at Flodden, only a few minutes away. 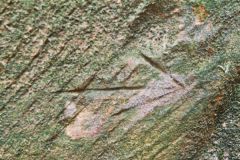 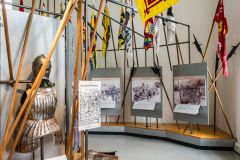 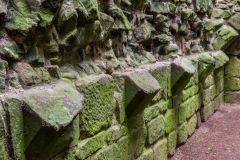 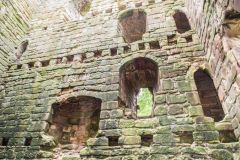 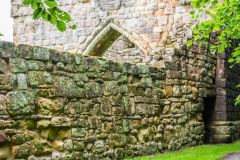 More self catering near Etal Castle