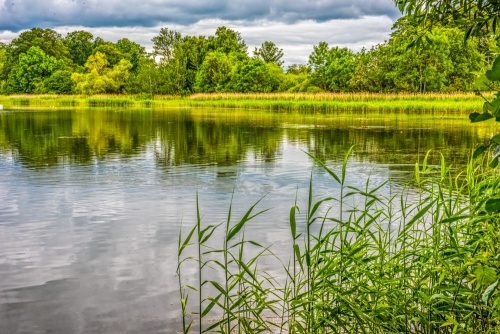 The Hirsel Estate is an exceptional man-made landscape with strong links to the Home family. Within the Estate stands the Category-A listed mansion house. There are signposted trails throughout the estate, taking in a small lake. The former stable blocks have been converted into a popular tearoom, visitor centre, and museum of rural life.

The Hirsel bursts to life in Spring with early flowers and in summer with rhododendrons. Extensive walks lead through the 500-acre park and around Hirsel Lake, where you can watch birds from the safety of viewing hides.

The Hirsel lies on the edge of Coldstream, within easy walking distance of the town. The estate has been in the hands of the Home family since 1611 when the 1st Earl of Home bought the land from Sir John Ker. The Home family then moved their seat from Hume Castle to The Hirsel, where they still reside.

The earliest parts of the present house were built by Alexander, the 7th Earl, who died in 1720. In 1739 the 8th Earl called upon architect William Adam to extend the house. By this time the formal garden was already beginning to take shape, with a long tree-lined avenue separating two large areas of parkland. The walled garden near the house was also built at this period. 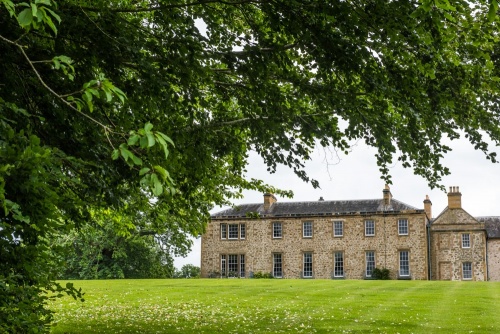 From 1789 Alexander, the 10th Earl, added a large lake and planted belts of trees and woodland areas. A century later the woodland garden was laid out to replace trees uprooted during severe gales in 1881. Thousands of tons of peat were transported by horse and cart from the Lammermuir Hills to create the acidic soil necessary for azaleas and rhododendrons to thrive.

By the 1950s members of the public could buy tickets to enjoy walks within the grounds. The most famous member of the Home family of The Hirsel was Alec Douglas-Home, the 14th Earl. Home resigned the Earldom when he was selected to serve as Prime Minister in 1963.

Though the Home family still live in the historic mansion, the estate is managed as a local amenity, with visitors encouraged to enjoy waymarked trails, a bird hide, and the museum.

The grounds of the Hirsel Estate are open every day of the year and offer excellent walks around Dundock Wood and throughout the estate. The grounds contain a designated Site of Special Scientific Interest (SSSI) and a pair of 'Heritage trees'.

Within the estate are a prehistoric hillfort on Hirsel Law and the remains of a settlement and church near the house.

The estate is worth exploring for early Spring flowers including daffodils, aconites, and snowdrops. From May the azaleas and rhododendrons in the woodlands are in bloom, then as autumn comes on there is a wonderful display of red and gold colours in the woodland. Another Autumn highlight is watching the geese and gulls return to their winter nesting grounds on Hirsel Lake.

The Hirsel estate was made famous by Henry Douglas-Home (aka 'The Birdman'). The lake and woodland are home to some 170 species of birds. 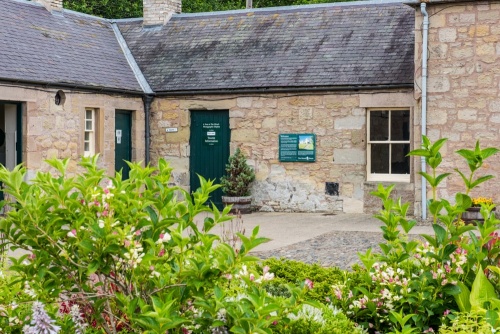 This attractive small museum houses displays of life on the estate in days gone by. The museum is located in the original stables and loose boxes. Exhibits include blacksmithing, fishing, forestry, and a wash house. One display looks at life on the River Tweed, with a full-scale angling boat, fishing gear, and a collapsible spearhead used by poachers for catching eels.

Other exhibits include a reconstruction of a joiner's shop, a laundry, agricultural tools, and a display of taxidermy.

In the small information centre are displays of objects found during archaeological investigation on the estate. Objects that caught my eye include a medieval stone coffin and a collection of early Christian grave markers. There is a very good exhibit on excavations of burials near Hirsel church. The skeletons of over 260 people have been found, including one skeleton of a warrior, showing a healed sword cut and two sword cuts delivered at the time of his death.

Other objects on show include a medieval board for the game of nine men's morris and a 12th-century pair of tweezers found near the priest's house.

Entry to the museum and estate itself are free, but there is a charge for parking. 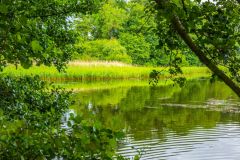 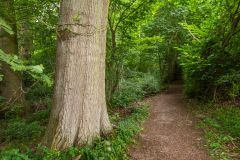 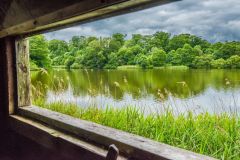 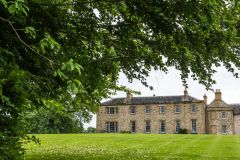 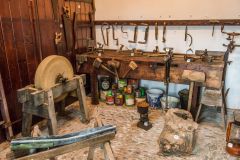 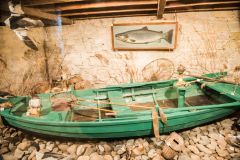 More self catering near The Hirsel Estate & Homestead Museum >>

More bed and breakfasts near The Hirsel Estate & Homestead Museum >>

An end-terrace cottage located near the town of Coldstream in the Scottish Borders, it can sleep four people in two bedrooms.
Sleeps 4 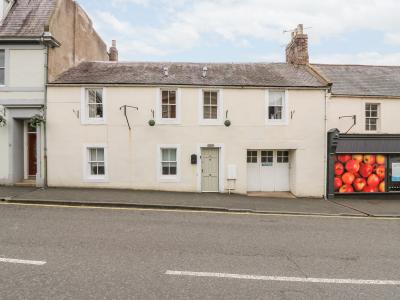