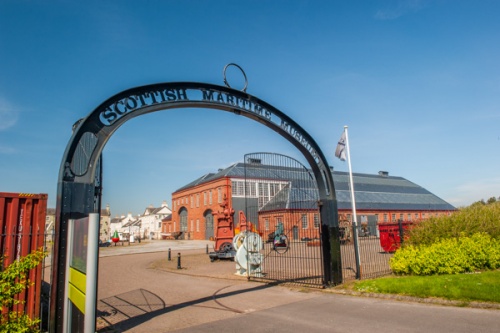 Scottish Maritime Museum
The maritime museum has two sites, one in Dumbarton, and this, the main site, in Irvine. Here you can see a vast array of historic vessels ranging from rowboats to RNLI lifeboats, dinghys to puffers, yachts to tugboats.

There are huge displays of historic equipment, old photos, memorabilia, tools, and models. But the museum offers more than just static exhibits; you can try your hand at steering a remote=controlled boat in an indoor testing pool and even build and test your own model boat.

The museum showpiece is this amazing structure, dubbed Scotland's 'Cathedral of Engineering'. The Linthouse engine shop was built in Govan in 1872 for the Alexander Stephen & Sons shipyard. The designer was John Frederick Spencer, who had worked with Isambard Kingdom Brunel. The building is a marvel of engineering, built of massive iron castings combined with pine, steel, and glass, and covering over 40,000 square feet.

The engine shop was used for over 100 years, but in the late 1980s, it was planned to destroy the building to make way for industrial redevelopment of the Govan site. In an astonishingly complex operation, the entire structure was carefully dismantled, moved to Irvine, and reassembled to be the centrepiece of the Maritime Museum site.

Historic vessels on show include the Spartan, Scotland's last puffer-boat, a steam yacht built in 1898, and the harbour tugboat Garnock.

A very short walk from the Linthouse building is a restored tenement flat, typical of those used by shipyard workers and their families. The flat has been preserved as it might have looked in the 1920s, with a single bedroom, kitchen, and main room. 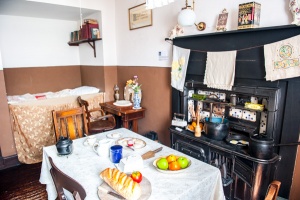 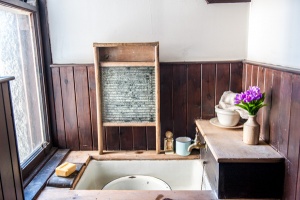 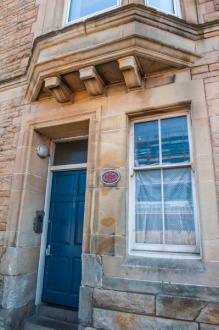 Entrance to the
Tenement Flat

The museum also maintains the MV Kyles, moored at the docks about a 10-minute walk from the Linthouse building. The Kyles was launched in 1872 at Paisley and carried cargo up and down the Clyde before seeing service in Newcastle and south Wales.

In the 1920s the Kyles was converted to use sand dredging the Bristol Channel and was eventually purchased by the museum in 1984 and restored to its 1953 condition. Much of the iron and steel hull is in its original condition.

The boat can be visited by guided tour (which can also take in the Tenement Flat). You can tour the captain's cabin and mates room, peer into the crew's quarters, and see the engine room. 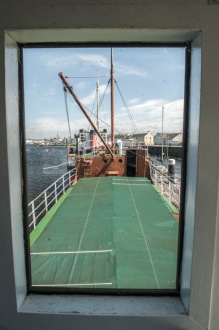 View from the pilot house 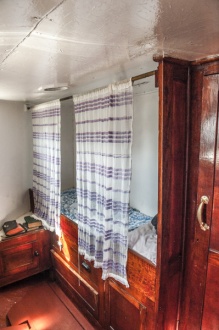 I am not a museum person. There, the secret is out. My wife can wander through a museum for hours, carefully reading every note on every display case, taking in every historic object or examining every piece of art. I zip through museums as if I was on a deadline. Now that I've confessed to a short attention span where museums are concerned, let me say that I loved the Scottish Maritime Museum.

The Linthouse Building is an astonishing display space, so filled with light and so spacious; a real marvel of Victorian engineering. And everywhere you look is something fascinating, from historic figureheads to engines, machine tools to lifeboats. But the museum is much more than just exhibits; what really impressed me was how the museum told the story of the people who made the ships, sailed them, and made their living from the sea.

If you have the time, I highly recommend taking a guided tour of the tenement flat. This was a real -eye-opener for me, to see how a shipyard worker and his family lived, ate, and slept. The very friendly guide explained how many workers would rent out space on the floor of the entrance hall to their apartments, where unmarried workers would sleep.

So, a flat that was intended for one family might end up providing housing for one, two, or more extra workers. There could have been little or no privacy, and it is a stark reminder of just how different the workers' lives were to our lives today. 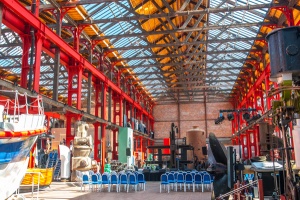 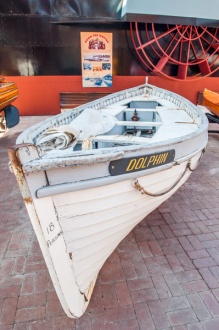 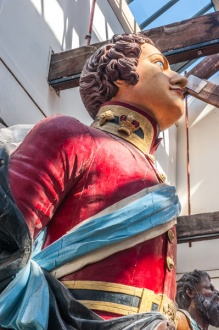 Nearby accommodation is calculated 'as the crow flies' from Scottish Maritime Museum. 'Nearest' may involve a long drive up and down glens or, if you are near the coast, may include a ferry ride! Please check the property map to make sure the location is right for you.