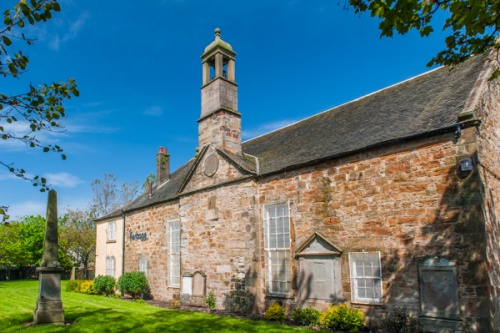 Trace the rich history of northern Ayrshire in a fascinating heritage centre set within a historic 18th-century church. The church was built in 1776 (or, more accurately, it was built in 1744 then rebuilt in 1776 after extensive storm damage to the original building). It now houses the heritage collections of the North Ayrshire Council.

The church remained in continuous use until 1908. It was converted in 1957 to serve as a museum of local history. It is listed Category B for its heritage interest, making it the perfect historical venue for a collection of exhibits of regional and national significance. 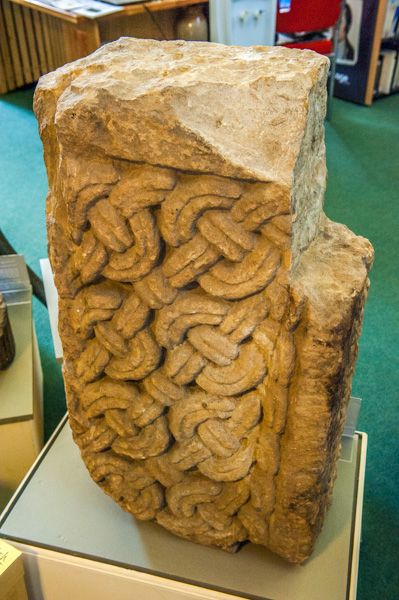 Among the collection highlights is The Kilwinning Cross, a beautifully carved piece of an ancient cross erected to mark the site of a 6th-century church established by the Irish missionary Uinniau, who gave his name to the town of Kilwinning. The cross was broken up by 12th-century monks and its pieces were incorporated into the walls of Kilwinning Abbey.

The section of the Kilwinning Cross on display here boasts wonderful examples of typically ornate Celtic art. One side shows an image of King David with his harp. Another side depicts King David engaged in hunting a deer. He is mounted on horseback and carries a spear while by the horse's feet is a hound. Another side of the cross is decorated with wonderfully-rich double-beaded interlace.

Another highlight is a 13th-century stone sarcophagus, considered one of the finest examples of early medieval carving in Scotland. 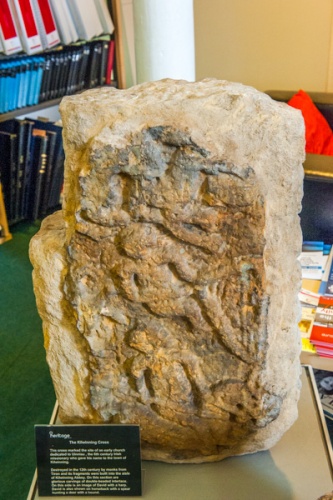 Figure of King David on the Kilwinning Cross

Then there's the Ardrossan Burgh Fire Engine, built in 1866 and still in use through World War One.

The Heritage Centre maintains an extensive set of local archives which will be of great interest to anyone investigating their family history. There is an ongoing programme of temporary exhibits and special events throughout the year. 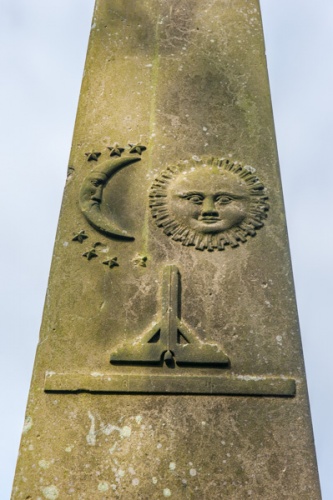 Carvings on a 19th-century memorial
in the churchyard

As for the church building itself, look for the curious sundial on the south wall, with two sets of numerals marking the hours. It is well worth exploring the graveyard outside the heritage centre. There are several old gravestones set against the church wall, and a striking obelisk-shaped memorial in the lawned graveyard, carved with symbols of a sun, crescent moon, ruler and geometric protractors.

The Heritage Centre is easy to find; it stands on Manse Street (the B780) near the waterfront.

Nearby accommodation is calculated 'as the crow flies' from North Ayrshire Heritage Centre. 'Nearest' may involve a long drive up and down glens or, if you are near the coast, may include a ferry ride! Please check the property map to make sure the location is right for you.

Self Catering near Saltcoats