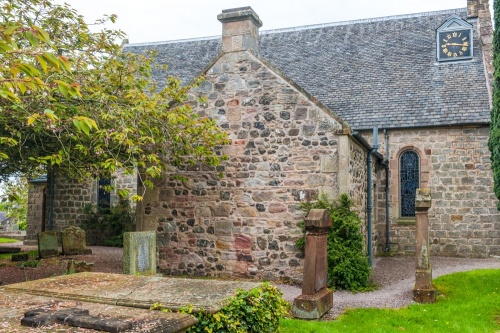 Symington is a small village in Ayrshire between Prestwick and Kilmarnock. The Norman church in Symington was founded around 1160 by a Norman knight named Symon Loccard, who had several estates in Lanarkshire and Ayrshire. The village takes its name from Symon (i.e. 'Symonstown').

The 12th-century church is one of the oldest in Scotland - and one of the smallest. The medieval structure forms the nave of the present church. The church was repaired in 1750 when the original earthen floor was replaced and pews were added.

The building as we see it today is the result of a rebuilding in 1797, when the north side was extended to create a transept and to make space for an upper gallery. East and west galleries were added at the same time. Installing the east gallery meant that a doorway had to be cut into the 12th-century chancel arch. Remarkably, the arch survived. 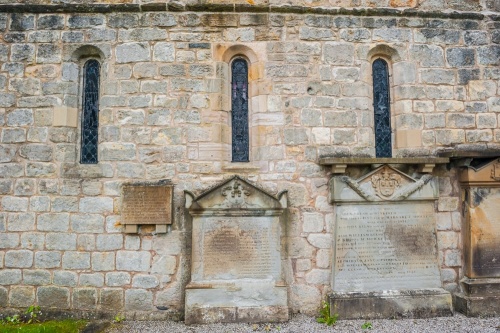 The church was completely restored in 1919 by P MacGregor Chalmers, when the east and west galleries were removed. The work was carried out as a memorial to men of the parish who had died in WWI.

During the restoration, a skeleton was discovered buried under the chancel. This is thought to be the remains of Symion Loccard, the church founder. The skeleton was reburied and its location marked by a simple cross in the chancel floor. Another cross marks the final resting place of Rev. John Gage Boyd, the incumbent during the 1919 restoration.

During the medieval period, the church belonged to the Trinitarian monastery at Failford, near Tarbolton (sometimes known as Fail Monastery or as Failford Abbey). 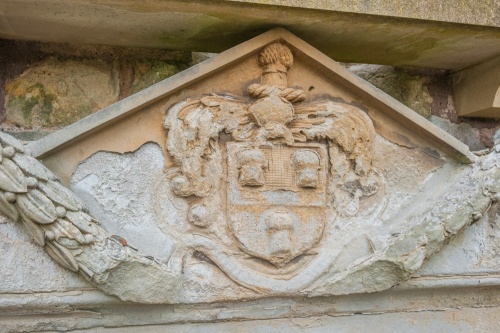 The monastery was established in 1252, possibly by John de Graham, Lord of Tarbolton. The Trinitarian charter demanded that they spend two-thirds of their income on redeeming Christian slaves, and as a consequence their monasteries tended to be plain and simple.

A more modern feature worth noting is the set of colourful stained glass windows by Douglas Strachan. 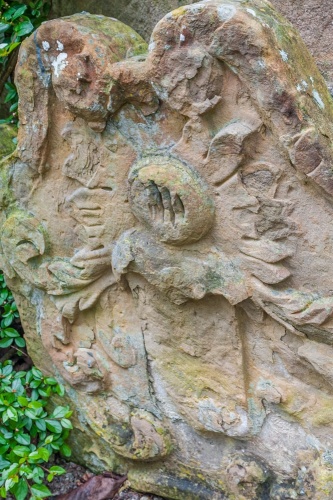 Worn 18th-century gravestone in the churchyard

Look for the priest's door in the south wall. You can still see the long, thick holes in either side of the doorway used to hold a solid timber beam to secure the door.

The church is normally kept locked, but visits can be arranged. Even if the church is locked you can still enjoy the Norman architecture. There are also some very good 18th-century gravestones in the churchyard. Set against the east wall is a memorial to John Kelso, who died in 1782.

Nearby accommodation is calculated 'as the crow flies' from Symington Parish Church. 'Nearest' may involve a long drive up and down glens or, if you are near the coast, may include a ferry ride! Please check the property map to make sure the location is right for you.