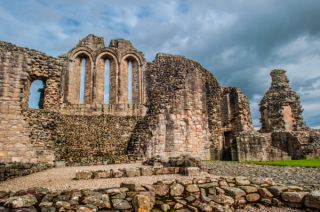 The powerful castle at Kildrummy was begun around 1250, probably by William, Earl of Mar, chamberlain of Scotland under Alexander III.  Throughout its long and turbulent history Kildrummy has seen siege and counter-siege, historical drama, forced marriage, treachery, and treason.
It is possible that part of the castle was strengthened by Edward I on one of his two visits to Kildrummy. The Earls of Mar were closely allied to the Bruce family, and when Robert the Bruce launched his fight for an independent Scotland in 1306 he sent his second wife and his daughter to Kildrummy for safety. The royal court was forced to flee further north when an English force under the Earl of Pembroke and Prince Edward (later Edward II) besieged Kildrummy. The Kildrummy defenders were led by Sir Neil Bruce, brother of Robert the Bruce.

When repeated attempts to take the castle failed, the English resorted to treachery. A paid informer among the defenders, a blacksmith named Osbourne, set fire to the great hall, where grain was temporarily being stored. The castle was taken, and Neil Bruce executed. The English partially destroyed the castle so that it could no longer be used by the Scots. Bruce's wife and daughter were captured and harshly imprisoned, the 12-year-old Lady Marjorie being held in a cage at the Tower of London and forbidden to speak. 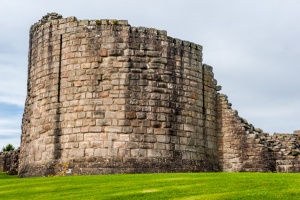 One of the 4 round towers
Kildrummy must have been repaired, for it was once more besieged in 1335, when Lady Christian Bruce, sister of the late King Robert Bruce, held the castle against an English attack. The English were repulsed, and Lady Christian's nephew, David, returned from exile to become king as David II. David visited on several occasions, and then in 1363 had to besiege Kildrummy once more oust the pro-English Earl of Mar.

After the death of Earl Thomas in 1374 Alexander Stewart, son of the infamous 'Wolf of Badenoch', seized Countess Isobel, niece of the last Earl. Stewart forced Countess Isobel to marry him and became in one fell swoop the new Earl of Mar and owner of Kildrummy. In 1435 King James I seized Kildrummy as part of his efforts to reign in the power of his obstreperous nobles, and from that time the castle was held by a succession of royal constables answerable only to the king.

The Jacobites and Kildrummy
The castle was held for over a century by the Elphinstone family, who remodelled the interior and added new, more comfortable living quarters. The Elphinstones were followed by the Erskines, Earls Mar once again. In 1715 John Erskine, the 6th Earl, launched the ill-fated Jacobite Rising at Kildrummy. The Earl's defeat at Sheriffmuir meant that he had to flee overseas, and from that time onwards Kildrummy ceased to be a noble residence. The castle fell into disrepair, and in 1951 it passed into state care.

One of the most interesting parts of the castle is the Snow Tower, which was originally fitted with a system of pulleys so that water could be raised from the ground floor to the upper floors without having to carry heavy buckets up the spiral stairs! The chapel wall also stands to a great height, though the interior is gutted.

Visiting Kildrummy
When travelling to Kildrummy from the north it is easy to get confused, for there are brown signs to Kildrummy Castle Hotel and Kildrummy Castle Gardens. Neither of these is the turning you want! Carry on past the hotel and garden turning, and in a few hundred yards you will see yet another brown sign for the castle itself. There is a large parking area and a small Historic Scotland shop.

About 4 miles to the south is Glenbuchat Castle, a well-preserved Z-plan tower house dating to the late 16th century. Glenbuchat was partly built using stones from the ruins at Kildrummy.

As of this writing, Kildrummy is only open from April-September. 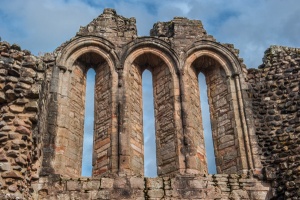 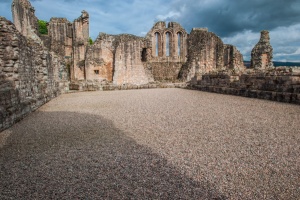 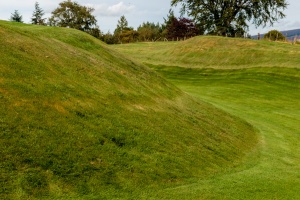 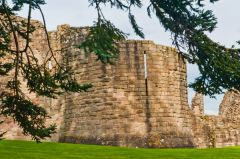 More self catering near Kildrummy Castle >>