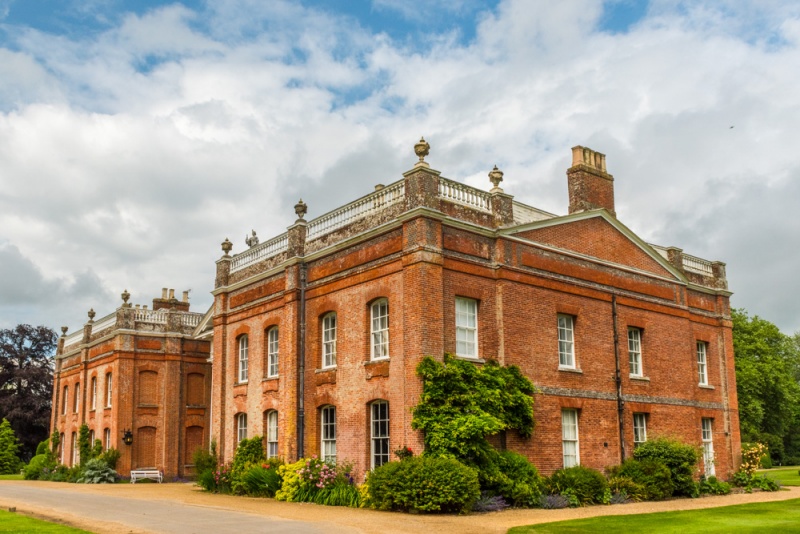 Avington Park is a historic Georgian mansion in an idyllic location beside the River Itchen. Once the property of Winchester Cathedral, Avington was seized by the crown at the Reformation. Henry VIII granted the estate to Edmund Clerke, who built a banqueting hall.

Clerke's hall lives on as the orangery. Avington was later owned by George Brydges, Groom of the Bedchamber under Charles II. 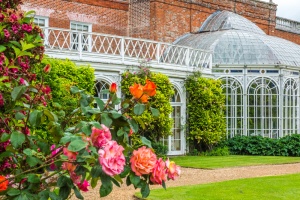 Brydges extended the house to create quarters for Charles and his mistress, Nell Gwynn. Charles was building a grand residence at nearby Winchester. He would normally be expected to stay with the Bishop of Winchester, or another prominent churchman, but the church baulked at welcoming Nell Gwynn. Brydges stepped forward and offered to house the king and his mistress at Avington. It would have cost Brydges a lot to play host to the royal romance, but it certainly ingratiated him to the king.

The property then passed to the 3rd Duke of Chandos, who laid out the surrounding parkland and gardens, planted avenues of trees and created landscape vistas. The Duke was also responsible for the ornate interiors, with a series of stunning, gilded state rooms.

The estate passed by marriage to the Dukes of Buckingham, and once more Avington played host to a king and his mistress, when George IV came to stay with Mrs Fitzherbert. The ballroom features decoration with figures of Bacchus, suggesting that Avington has seen some serious partying over the years.

In 1847 Avington was sold to Sir John Shelley, brother of the famous poet.

It is now open primarily as a wedding and corporate venue, but there are regular public opening days throughout the spring, summer, and autumn. 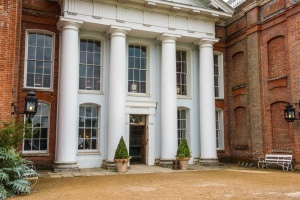 The house is not well signposted, but the entrance is easy to find as you pass through Avington village. There is a small parking area beside the church, half hidden amidst tall trees on the uphill edge of the house grounds.

Admission is by timed tour. We arrived a bit early for the net tour, so we took advantage of the delay to explore the grounds, where peacocks wander. There is an impressive fountain beside the house, close to the Orangery. There is not a garden per se, but you can wander beside the river and see a lovely iron footbridge. Not far from the bridge is the site where an owner of Avington tragically drowned while trying to rescue a family dog that had gotten into trouble in the water.

The house tour was exceptional, though unfortunately we were not allowed to take photos. The sumptuous formal rooms were a delight, and the tour guide was very good. One very pleasing feature is that we were encouraged to touch things we saw and to sit on chairs. What a refreshing change from so many other houses!

The tour includes the entrance hall, ballroom, drawing room, library, and the grand staircase. The first-floor state rooms have magnificent fireplaces lined with expensive Sevres tiles. The tour finishes in the conservatories, which still have their original 17th-century walls.

Do take the time to explore St Mary's church, which has benches reputed to be crafted from wood from Spanish galleons wrecked during the Armada invasion. 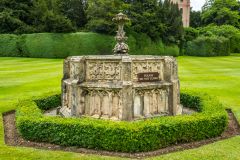 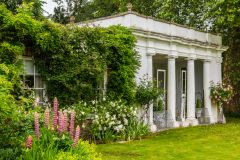 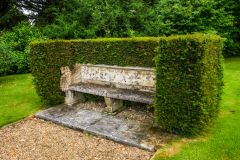 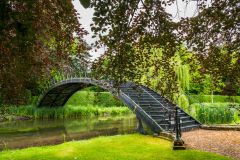 More self catering near Avington Park >>