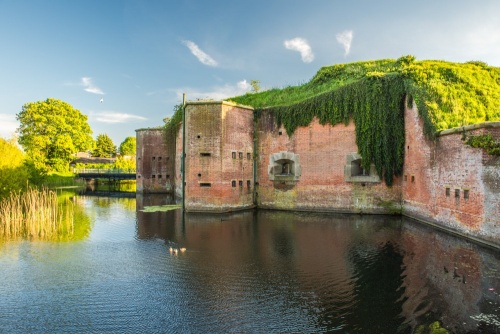 A strikingly unusual moated Victorian fort made of brick, Fort Brockhurst was built as part of a 19th-century plan to defend Portsmouth Harbour. The keep is almost perfectly circular, defended by a moat on one side, with a large parade ground to the rear.

When the threat of a French invasion loomed in the middle of the 19th century the British government under Lord Palmerston responded by erecting a series of coastal forts. One of these was Fort Brockhurst, built to defend the naval port and dockyards at Portsmouth. Fort Brockhurst was one of 5 forts built to defend Portsmouth, known as the Gosport Advanced Lines.

Construction began in 1858 and the fort was finished in 1862. The design was a six-sided polygon, built low to the ground and defended by earthen ramparts reinforced with brick. Inside the polygonal earthwork was a circular keep, and the entire structure was surrounded by a wide moat. 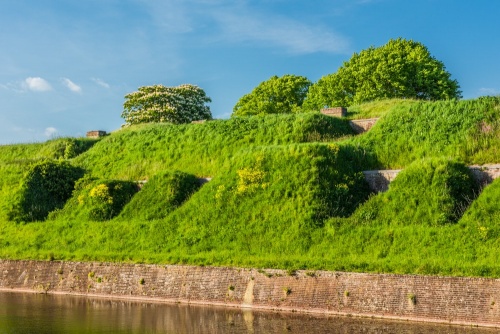 Earthwork defences above the moat

A tunnel led beyond the moat to a triangular outer bastion. Three caponiers project into the moat to provide raking fire. The keep could only be reached by a drawbridge across the moat and then a sliding bridge across the interior. Under the ramparts are a series of casemates; chambers for storage, living quarters, and workshops.

What makes Fort Brockhurst so interesting is that very little of the fort has been altered. The gun ramps, moated keep, and parade ground are all very close to their original condition. You can easily see how the casements were made because bomb damage in WWII exposed some of the casement construction. The WWII bombing was the only action ever seen at Fort Brockhurst.

In the parade ground is a regimental building that now houses a museum covering the history of Portsmouth's defences.

Another of Portsmouth's harbour defences is just 2 miles away at Portchester Castle. 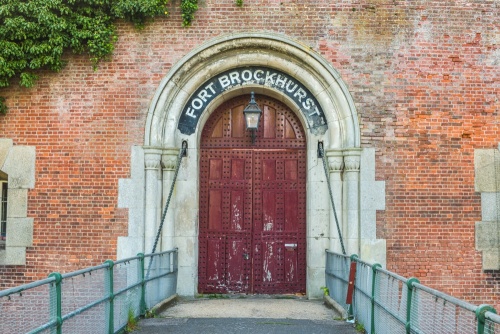 Getting there is easy; the Fort is well signposted off the A32 at its junction with Gunners Way. There is a large parking area immediately beside the Fort and a short, level walk to the entrance. The Fort is under the care of English Heritage.

Unfortunately, English Heritage has had trouble opening the Fort to visitors on a regular basis. It was closed for several years due to the lack of a local keyholder, and has recently been opened on a very limited basis. Please check the English Heritage website for current opening times.

Now, with all that out of the way, let me reassure you; even if the Fort is closed, you can still get wonderful views of the defences; a public footpath encircles the entire site, following the line of the moat.

Parts of the moat are used by a local angling club, but you can still walk the entire circumference of the footpath; just be relatively quiet so you don't disturb the anglers - especially in the evening. You can also cross the bridge to the Fort gates and get a reasonably good look at the interior. 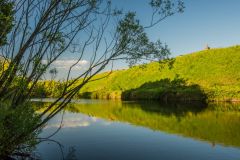 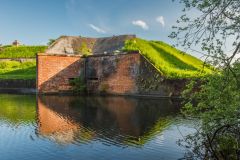 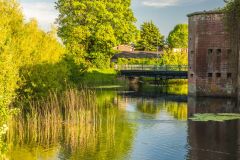 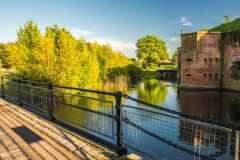 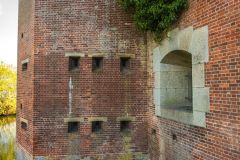 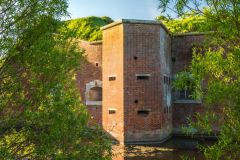 More self catering near Fort Brockhurst >>