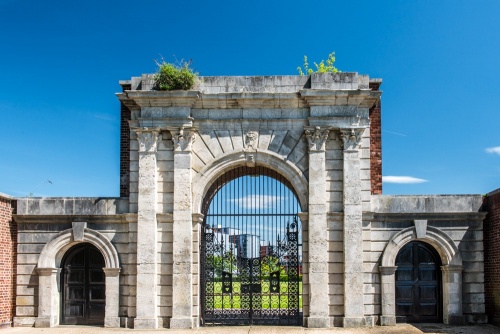 King James's Gate is an ornamental gateway that formed part of the town defences of Portsmouth. The gate was built in 1687, across what is now Broad Street. It was later moved from its original site, and now forms the entrance to the United Services Recreation Ground on Burnaby Road.

The gate was built to a design by Dutch engineer Sir Bernard de Gomme and separated the city of Portsmouth from the Point district. The gate was dismantled in 1860, along with much of the defensive walls around Portsmouth, and moved to a site by St Michael's Road. It was later moved to its present location. 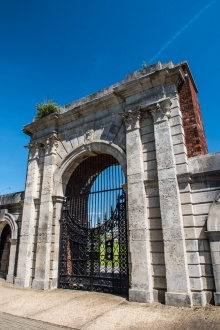 The gate from the south-west

The current state of the gate may not give an accurate sense of its original grandeur. Period prints show that it was built with a very fine pediment and flanking columns, unlike the present rather plain structure.

Unfortunately, the passage through the gate is generally locked, so unless you have access to the sports ground you will have to be content with viewing it from the exterior side facing onto Burnaby Road. I found that this was better in the afternoon and evening when sunlight is hitting the gate, rather than the morning when the sun can be in your eyes.

The architect of the King James Gate is considered to be among the most important figures in military architecture and engineering in 17th-century England. He was born in 1620, the son of a military supply master. He served as a soldier under Frederick Henry, Prince of Orange, and came to England with Prince Rupert to fight for Charles I in the English Civil War.

He prepared military fortifications for Charles, notably the castle and defences of Liverpool. He left England after Charles was defeated in the Civil War, but returned to serve Charles II as the engineer-in-chief of all royal castles and fortifications in England and Wales under Charles II when the monarchy was restored.

He planned the defences of Portsmouth, Plymouth, Harwich, and Dublin, as well as fortifications like Tilbury Fort in Essex. De Gomme died in London in 1685 and was buried in the chapel of the Tower of London.

It is only a short walk from King James Gate to another historic gateway - the Landport Gate, and it is fascinating to compare the two gateways. To reach the Landport Gate, simply follow Burnaby Road to its southern end, turn right onto Cambridge Road (the A3), and right again at the next corner onto St George's Road. You will see the Landport Gate a hundred yards along on the eastern side of the road. 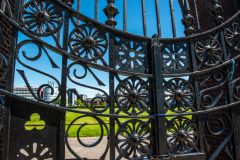 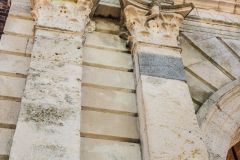