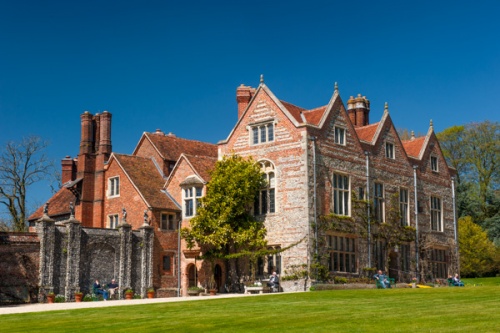 Set on a green hillside in a secluded Chilterns valley, Greys Court has a history going back over 9 centuries. The estate was mentioned in the Domesday Book of 1086, but the earliest part of the estate is the Norman Great Tower, built in the late 11th or early 12th century. The tower is all that remains of the original fortified manor on his site.

The first known Grey associated with the property was Walter de Grey, (c. 1180-1255), a cleric who rose to become Archbishop of York and served as Lord Chancellor to King John, as well as fulfilling important diplomatic posts under Henry III.

It was left to Archbishop de Grey's nephew Sir John de Grey, the 1st Baron de Grey, to extend the property, and in 1346 he was granted a license to crenellate his manor house. In 1387 Greys Court passed to the Lovell family through marriage, and it was the Lovells who extended the manor with a timber-framed wing around 1450.

Unfortunately, Francis Lovell lost his estates (and his life) for taking the side of Richard III against Henry Tudor. In 1485 Greys Court was seized by the crown after Henry's triumph at the Battle of Bosworth. 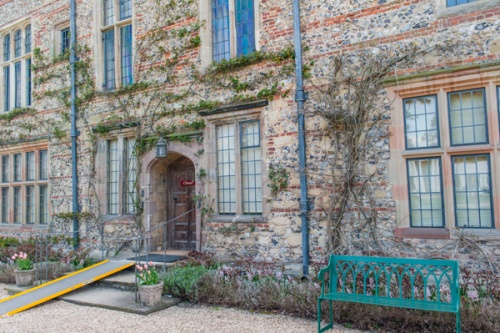 Greys Court stayed in crown hands until 1514, when Henry VIII granted it to Sir Robert Knollys in exchange for a nominal annual rent of one red rose, to be paid on Midsummer Day.

His son Francis Knollys served as a Privy Councillor to Elizabeth I, and was Treasurer to the Royal Household. His position at court was shaken in 1578 when his daughter Lettice secretly married Robert Dudley, Earl of Leicester and the queen's favourite.

Sir Francis hoped to entice Elizabeth to visit Greys Court, so he tore down the old medieval manor and rebuilt it as a fashionable Tudor house. Despite the money he and his son William put into extending the house Elizabeth never did visit Greys Court! Sir William is said to have been the model for Shakespeare's Malvolio.

Events took a downturn when Lady Frances Howard, a cousin of the Greys, was held under house arrest in 1613 under suspicion of murder. Finally, in 1688 the Knollys sold Greys to James Paul and severed all ties with the property. 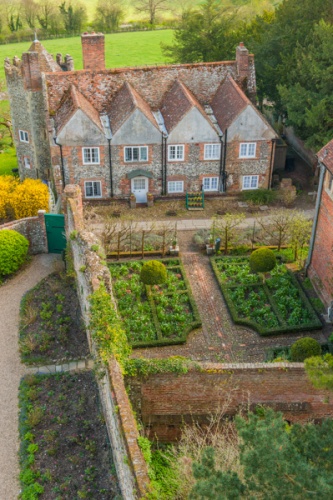 Dower House from the Great Tower

Over the ensuing centuries, the house passed through several private owners, most notably the Stapleton family. The first Stapleton owner was Sir William Stapleton, who made a fortune in the Barbados sugar trade.

His son Thomas inherited at the age of just 12 and proceeded to spend what might be charitably described as a dissolute youth, eventually becoming a member of Sir Francis Dashwood's infamous Hellfire Club.

In 1765 Sir Thomas married Mary Fane and began to renovate Greys Court in romantic style, adding ornate plasterwork to the rooms, building a Gothic dairy and incorporating the crumbling medieval ruins into his garden.

The final chapter at Greys Court came in 1937 when Sir Felix and Lady Brunner purchased the house and proceeded to modernise the property. They held the estate until 1969 when it was granted to the National Trust. 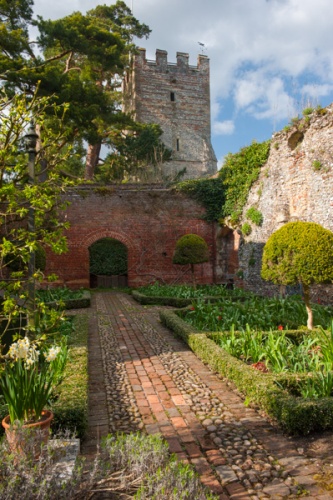 The centrepiece of the property is the lovely Tudor manor house which stands across a wide green from the Great Tower. It is amazing to think that the large brick and timber house we see today is only part of one wing of the Knollys mansion. The interiors showcase the lovely 18th-century plasterwork commissioned by Sir Thomas Stapleton.

Among the numerous historic outbuildings is a Tudor donkey wheel, used to raise water from a deep well. The donkey wheel was in use until the early 20th century.

There is a beautiful walled garden beside the Great Tower, and a Cromwellian courtyard garden beside the dower house. The gardens are divided into distinct areas including a white garden, cherry garden, rose garden, and a modern turf maze near the main entrance. 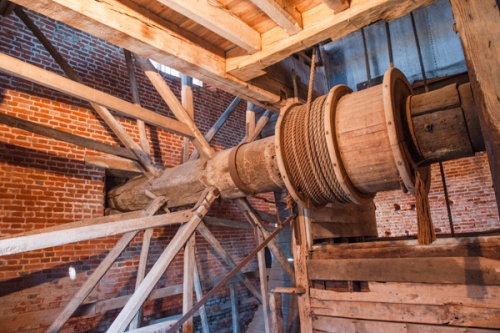 I've visited Greys Court twice, and each time found something new. The historic property itself is not large, though there is an extensive network of trails around the estate. But the house and jumble of period outbuildings are a delight to explore, and the gardens seem to offer something different at every turn.

Most families will head for the Great Tower, and it is certainly well worth a climb to the top (mind your head on low beams!) and the views from the top of the tower are simply wonderful. The setting is superb, looking out across a secluded green valley.

NB. Sorry there are no interior photos; unlike most National Trust properties, there was no indoor photography allowed at Greys Court. 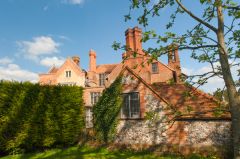 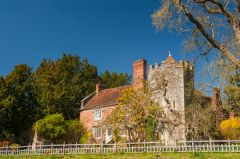 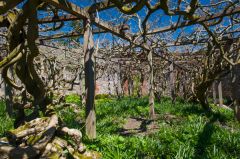 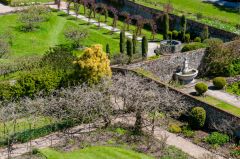 More self catering near Greys Court >>