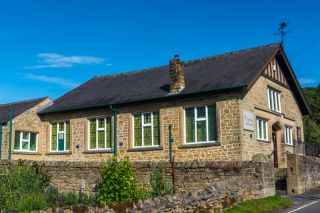 Eyam's small museum tells the story of the village and the plague which decimated its inhabitants in 1665. The museum has displays on the history of medicine in the 17th century, which helps give the background for the terrible events of 1665.

There is a small collection of clay tobacco pipes, most found in local lead mines. There are displays of prehistoric tools found locally, plus pottery, fossils, coins, medals and tokens, early postcards of local scenes and Derbyshire show caves, old photos, and a huge variety of historic documents including posters, leases, wills, and maps.

But must of the museum focus is on the events of 1665 which were to turn the name of Eyam into a byword for sacrifice and heroism. A series of displays trace the progression of the story from the arrival of Bubonic plague in London to its outbreak in Eyam following the arrival of a package of cloth from the city.

There are tableaux of rectors Stanley and Mompesson discussing how to contain the outbreak from affecting nearby villages, and a scene showing the last hours of a plague victim.

One exhibit is a half-sized replica of the Boundary Stone set up between the villages of Eyam and Stoney Middleton. The stone has small depressions, like dimples, which were filled with vinegar. The liquid was thought to stop the plague from spreading, and villagers from Eyam would place money in the depressions in exchange for food and medical supplies.

There is also an exhibit of the various remedies 17th-century people employed to try to counter the effects of the plague. The peculiar list of 'remedies' included advice to spend time in the company of agreeable people, never sleep in the daytime, and avoid waterfowl.

The Eyam Museum is based on the collection of local history enthusiast Clarence Daniel, who ran a small museum out of his house for many years. On his death in 1987 his collections passed to the Village Society, who set up a charity to run a new museum and found quarters in the old Methodist Chapel on Hawkhill Road.

The museum stands directly opposite the main village car parks, so access is quite easy. There is a small admission fee with discounts for families and large groups. Don't miss the weathervane atop the gable as you enter. It has a rat atop the directional arrows, a reminder of the role played by rats in carrying the plague to humans. The rat is also incorporated into the museum sign outside the entrance. 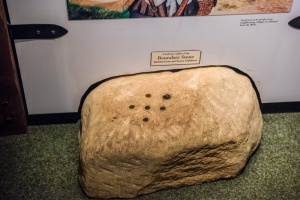 Replica of the Boundary Stone between
Eyam and Stoney Middleton 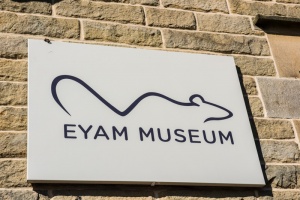 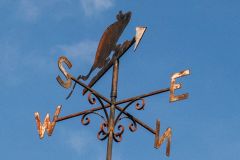 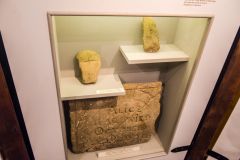 More self catering near Eyam Museum >>

This semi-detached cottage in the village of Eyam in the Peak District can sleep two people in one bedroom, sorry no children or infants.
Sleeps 2 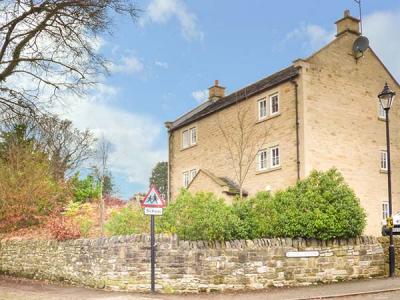 This apartment set over the first and second floors is in the village of Eyam near to Bakewell and can sleep four people in two bedrooms.
Sleeps 4