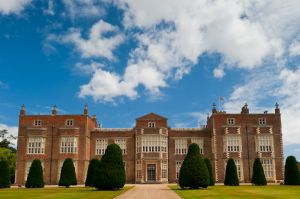 This delightful house is located in beautiful parkland far from any village; it seems lost in a world of its own. The Constable family have owned property in the Holderness area of East Yorkshire since the 12th century, and are descended from Ulbert the Constable, a knight serving under the powerful Norman Count of Aumale.

Burton Constable Hall was built by Sir John Constable (1526-1579), a remarkable character who managed to navigate the tricky politics of 16th century England and amass a fortune, despite having supported both Catholic and Protestant sides of the religious struggle.

In the 1560s he purchased the Seigneury of Holderness from the Earl of Westmorland for the sizeable sum of 4000 pounds. He then began to rebuild the earlier medieval hall on the site.

Sir John's son Henry continued his father's work at Burton Constable, astutely avoiding penalties for his Catholic leanings as he did so. His son, also named Henry, was not so politically adept. He fought for the Royalist cause in the Civil War and the house was seized and plundered by Parliament.

The most famous and well-known owner of Burton Constable was William Constable (1721-1791). William spent his fortune rebuilding the manor, and it is largely the results of his efforts we see today. William employed some of the leading craftsmen of his day, including James Wyatt and Thomas Chippendale to create a glorious interior. 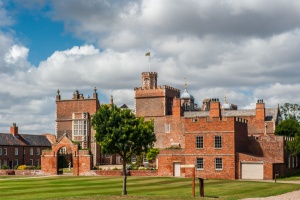 Approaching the house
from the Stable Block

One of William's passions was collecting, and he spent an enormous amount of time and money creating a Cabinet of Curiosities, a sort of home-based museum of whatever caught his fancy.

The house is based around the Great Hall, an Elizabethan room that once rose to the full height of the house. This was remodelled by William Constable to include a wonderful plasterwork ceiling. On the first floor is the Long Gallery, a feature fashionable in the Elizabethan period, used for exercise on inclement days, or, just as frequently, to display artwork.

Perhaps the most interesting of the state rooms on view is the final room that visitors come to, the Chinese Room. This is one of the smallest chambers in the house, but also one of the most peculiar I have seen in an English stately home.

The Chinese Room was designed in the 1820s by Marianne, Lady Clifford Constable, and her sister Eliza, who were inspired by the Oriental opulence of the Prince Regent's Brighton Pavilion. A pair of gilded dragons climb on either side of the window bay, and a fanciful gilded dragon chair designed by Marianne stands in the centre of the room. The overall effect of the Oriental theme is striking, to say the least.

Immediately beside the house is the site of the lost medieval village of Burton Constable. The outline of medieval buildings can be traced as low mounds on the turf. Between the village site and the house is a long canal, the last vestige of a medieval moat that surrounded the original hall.

In the lovely Stable block is the so-called Burton Constable Whale, the skeleton of a sperm whale that died after becoming stranded at Tunstall in 1825. This was displayed in the park for many years but later moved into the stables in the interests of preservation. The whale was so well known at the time that it was mentioned by Herman Melville in his novel Moby Dick. 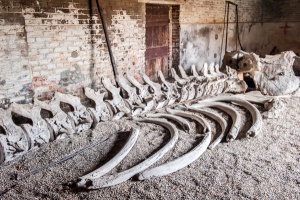 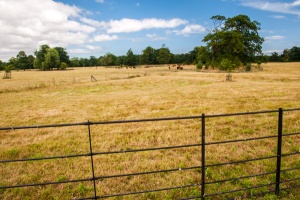 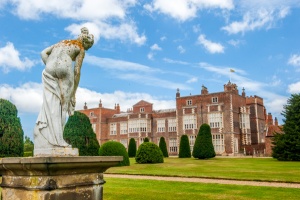 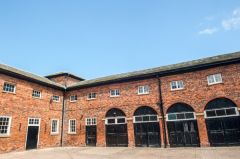 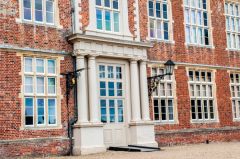 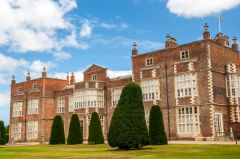 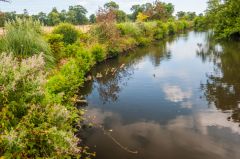