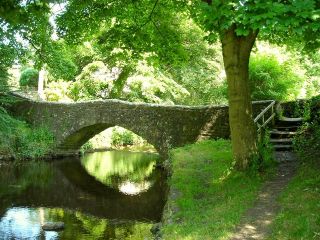 A small village in the west of the Yorkshire Dales National Park, Clapham is well situated for exploring the caves which riddle the hills nearby. Clapham is a popular location for walkers keen to tackle Ingleborough, one of the famous Three Peaks of the Dales.

Ingleborough Show Cave is located in Clapham parish, accessed through Ingleborough Estate. Paths lead from the cave to the steep-sided gorges of Gaping Gill and Trow Gill. The links to caving in the area are even stronger since Clapham became home to the Cave Rescue Association, which helps protect animals and humans who might get lost exploring caves throughout the National Park.

In a cave just above Clapham, the Trow Ghyll skeleton was discovered in 1947 by a pair of potholers. The unidentified man had in his possession containers of cyanide, and one unproven theory is that he was a German spy killed during WWII.

Perhaps the most famous resident of this small Yorkshire village was a botanist named Reginald Farrer (1880-1920). Farrer travelled extensively in the Orient and brought back exotic plant seedlings, especially from Tibet, China, and Burma. He planted samples of these seedlings in several places around the Farrer property, and these can still be seen today.

The Ferrar family have owned Ingleborough Estate since the 18th century and still own much of the surrounding land. The history of the village goes back much further, for we know that the church of St James was standing by 1160.

The church and village were burned in a Scottish raid around 1314, and it seems likely that the church tower was built after this raid, possibly as a place of refuge if the Scots returned. Most of the remainder of the church was rebuilt in the Victorian period. 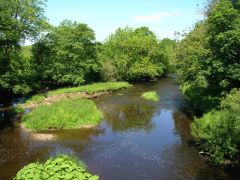 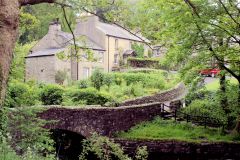 More self catering near Clapham >>

More bed and breakfasts near Clapham >>