HERITAGE HIGHLIGHTS:   Home of the first steam-powered passenger railway in the world. 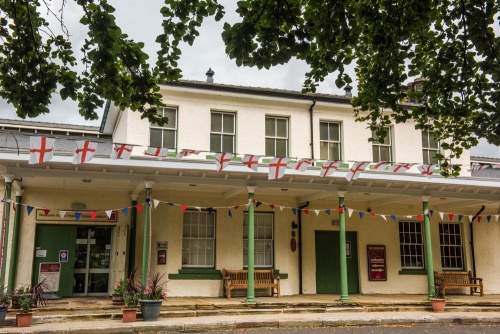 The Stockton and Darlington Railway (S&DR) was the first public railway in Britain and the earliest steam-powered passenger railway in the world. When it began service on 27 September 1825, its main focus was transporting coal from local collieries to the River Tees at Stockton where it could be shipped to southern England.

The S&DR can claim several more railway 'firsts'. It was the first railway to use wrought-iron rails and the first to issue tickets to carry passengers on a steam-driven railway journey.

It was also the first to provide a refreshment room at a station (the station was this one -- North Road, and the year was 1845). From 1840 the S&DR offered summer and winter schedules, and it was the first railway to allow passengers to carry hand luggage without charge. 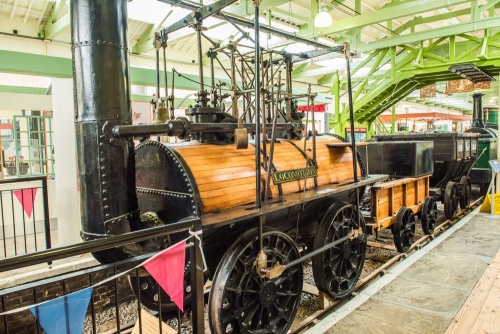 The Stockton and Darlington Railway has almost legendary status in railway history, but there are some traditions about it that simply are not true. It was not the first railway, nor was it the first to use a steam locomotive commercially.

The Darlington terminus of the line was on North Road, where the Grade II* listed railway buildings now house the Head of Steam Railway Museum.

The steam locomotive used for that first run in 1825 was 'Locomotion No. 1', designed by George Stephenson. The Locomotion is now the star exhibit at the Head of Steam Museum.

Another historic steam engine on display is the No. 25 Derwent, designed in 1845 for the S&DR line. Then there is the 1885 No. 1463, which ran on the North Eastern railway (NMER) and was for many years an attraction at the National Railway Museum in York. 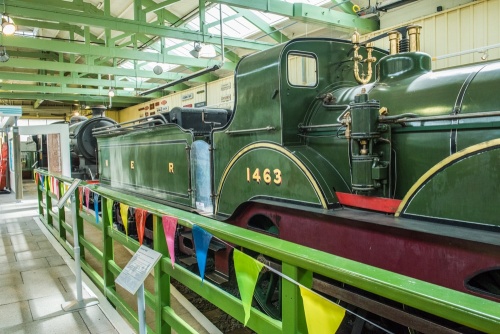 A slightly more modern exhibit is the No. 901, built in 1919 for use on the NER, pulling heavy freight trains. After restoration, it was used for several years on the North Yorkshire Moors Railway.

Though the museum's focus is on the history of the railway in north-eastern England, some of the exhibits are of national importance given the pivotal role played by the S&DR in the development of the Victorian railway.

Aside from the historic locomotives, the museum has a wealth of railway ephemera from sections of original S&DR track, works plates, a scale model of the S&DR line, and the original Victorian toilets. One oddity is a collection of carved dog's heads that once stood in front of the Sydney Wood photography premises in Blackwellgate. 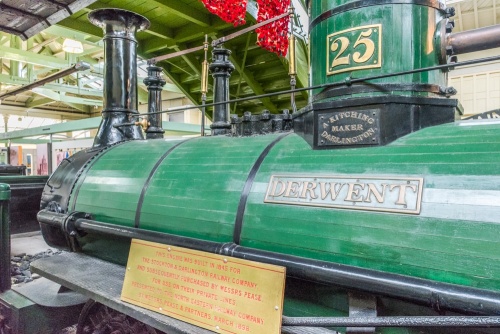 The North Road Station we see today was built around 1840, replacing the earlier Stockton and Darlington Railway terminus of 1825. It is a long, low, single-storey building with two wings under a slate roof. The station is flanked by train sheds with cast iron supports.

Opposite the station (and not part of the museum) is the Hopetoun Carriage Works, built in 1853 to manufacture railway carriages for the line. It was the last building erected at the North Road station and was designed by the local architect Joseph Sparkes. 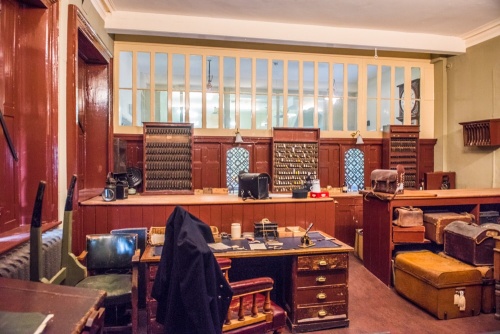 Tucked down a set of stairs below the station is the 19th-century porter's cellar. One winter's night in the mid-Victorian period the night watchman was warming himself in the cellar when a spectral figure appeared out of the neighbouring coalhouse, accompanied by a large black dog. The ghostly figure swung a punch at the alarmed porter, who swung back. His fist passed through the figure and struck the wall. The figure and the dog disappeared.

When the porter told his story, the authorities remembered the case of Thomas Winter, a ticket clerk who committed suicide in the station's toilet stalls in 1845. His body was stored in the Porter's Cellar until it could be collected by the police. Research showed that Winter had owned a large black dog.

Head of Steam is on station Road, off the A167 about one mile from the town centre. There is a large free parking area in front of the station. 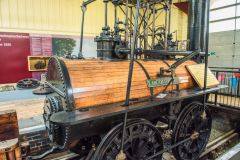 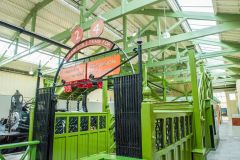 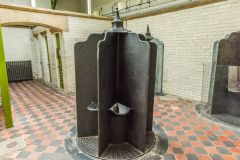 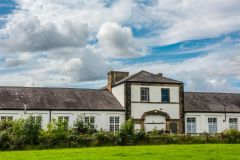 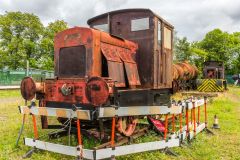 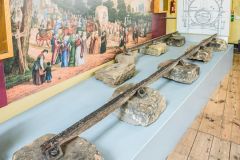 More self catering near Head of Steam Museum

More bed and breakfasts near Head of Steam Museum